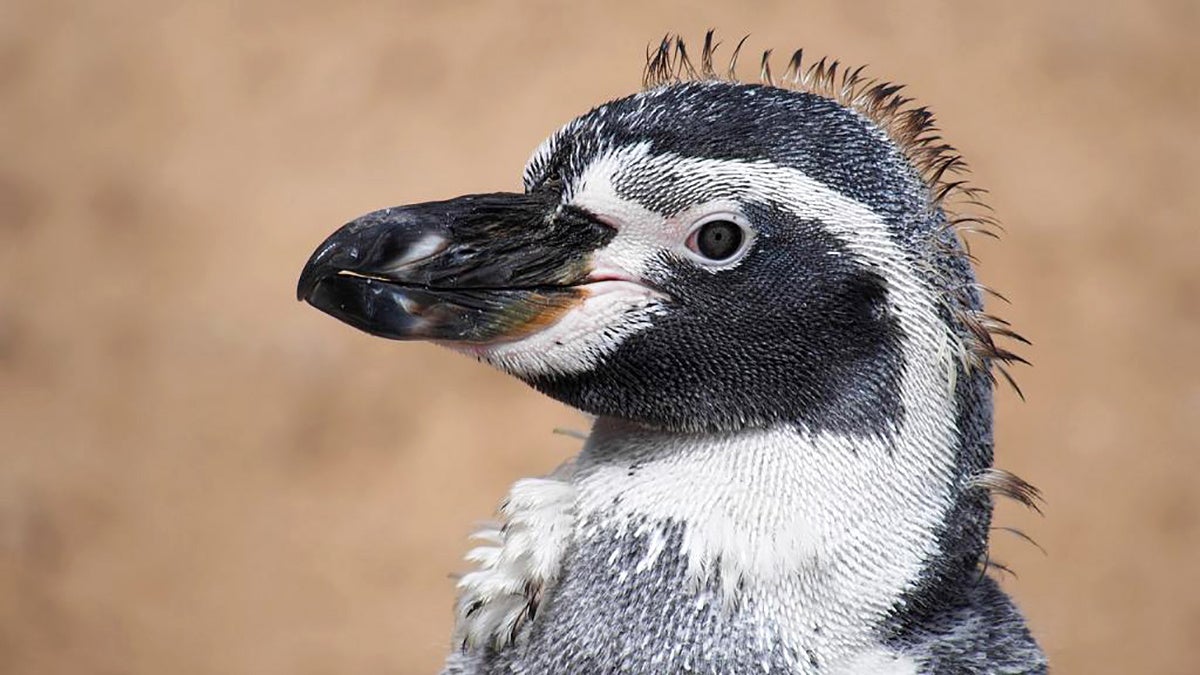 Humboldt penguins are vulnerable when they molt. A victory in Chile means they won't be vulnerable to mines and ships. Wikipedia / Creative Commons

Rosa Rojas has some unusual neighbors. Sometimes, when she looks past her front yard to the sea, she spots a blue whale passing by.

Rojas owns a cluster of guest cabins in Punta de Choros, a quiet, 450-person settlement seven hours north of Santiago. If not for the sea, Punta de Choros wouldn’t exist. The scrubby, moon-gray desert surrounding the town doesn’t offer much to sustain human life. But the ocean here is as generous as the land is dry. Shellfish beds churn out valuable clams and abalone. Whales and penguins lure in tourists.

For years, Rojas, Oceana and other allies have battled to keep heavy industry from steamrolling Punta de Choros and nearby fishing villages. In 2013, the area faced its biggest challenge yet. Mining company Andes Iron unveiled a $2.5 billion plan to transform the landscape with vast mines, a desalinization plant and commercial port. It was the fight of a lifetime—and it’s not over yet. 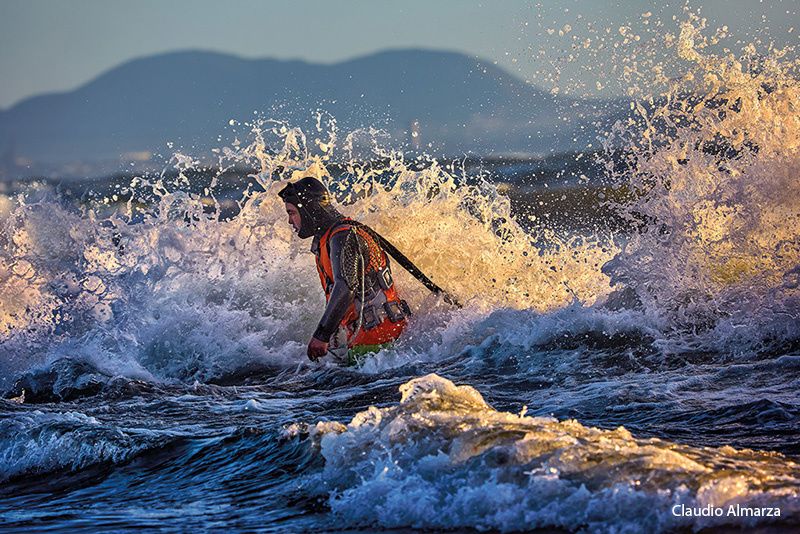 All of Chile’s coastline once teemed with wildlife and seafood. Now, Punta de Choros is an anomaly. Aside from a few small mines, La Higuera, the municipality that contains Punta de Choros, has escaped the industrial overgrowth that bedevils other parts of the country.

The waters are unspoiled because big business has left them untouched, said Josue Ramos, a third-generation fisherman and the president of the La Higuera Fisherman’s Cooperative. Like many residents in Punta de Choros, he hand-harvests bushels of abalone and razor clams from the town’s cold waters.

Shellfish from this area are worth a lot because the ocean is so clean. “Export companies fight over the product we harvest and sell it outside of the country,” Ramos said. “In this area there isn’t contamination like in other areas in Chile.”

Though most folks in La Higuera fish, tourism is gaining importance. Since 1998, annual visitors have jumped from 900 to 60,000. It’s easy to see why. The area is one of 37 global hotspots for biodiversity, home to rare desert and ocean life. Strong currents drive nutrient-rich water to the surface, nourishing fish, giant kelp, otters and 80 percent of the world’s Humboldt penguins.

When rains come, as they did this August, the wind-scoured islands of the National Humboldt Penguin Reserve erupt with pink flowers and green leaves, said filmmaker Cristóbal Díaz de Valdés. “It becomes magical.”

Ten years ago, a tide of contamination threatened to wash over the penguin islands and the rest of Punta de Choros. Everything that makes this place unique—the whales, the abalone, the people—was in danger of disappearing. 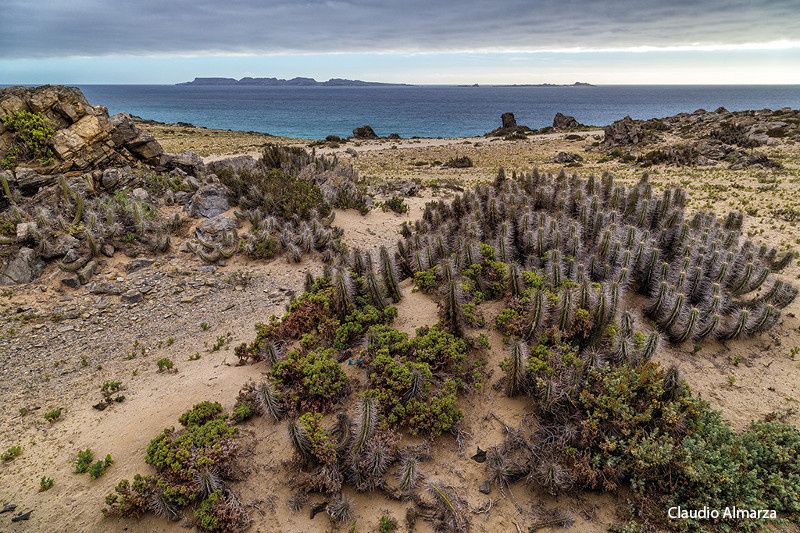 The desert landscape of Punta de Choros. The penguin islands are visible on the horizon. Oceana / Claudio Almarza

When Andes Iron submitted its proposal in 2013, it was not the first time that industry had eyed the mineral-rich region. Starting in 2007, three coal-fired power plants were slated for construction in La Higuera, until the president of Chile relocated them in 2010 following a vocal campaign.

Andes Iron’s “Dominga” project was notable for the scale of its disruption. Two open-pit iron and copper mines would punch holes in the face of the desert. An industrial port and desalinization plant would rise above the area’s unspoiled coves. Other big changes would tag along: highways, cargo ships, droves of outside workers. “In Chile, once you have one project,” said Liesbeth van der Meer, the head of Oceana in Chile, “there are usually many other projects associated with it.”

The locals who had campaigned against the coal plants were aghast. The visual clutter of ships and 2-kilometer jetties would spoil the views that tourists travel to appreciate. And their concerns weren’t just aesthetic. Díaz de Valdés, who has campaigned to protect La Higuera since 2007, said that the ship traffic, noise and pollution would drive away whales and hurt penguins. No wildlife, no tourists.

La Higuera’s famous shellfish were at risk too. The brine pumped into the ocean from the desalinization plant might kill sensitive abalone and razor clam larvae, Díaz de Valdés said. And Ramos was concerned that the mercury and cyanide used to process ore in the mines could seep into drinking water and filter into the ocean. “For us, as fishermen, it’s an accursed project,” he said. “It would kill the entire marine ecosystem.”

Andes Iron promised jobs and income. But people in La Higuera said they only needed to look to northern Chile to know their future. There, local people are still poor, and poorly educated, despite a glut of mines and industrial projects, Rojas explained. “Companies everywhere are the same,” she said. “They give money to some people, they give presents, they offer many things. And when they get what they want, they forget all about what they said.” 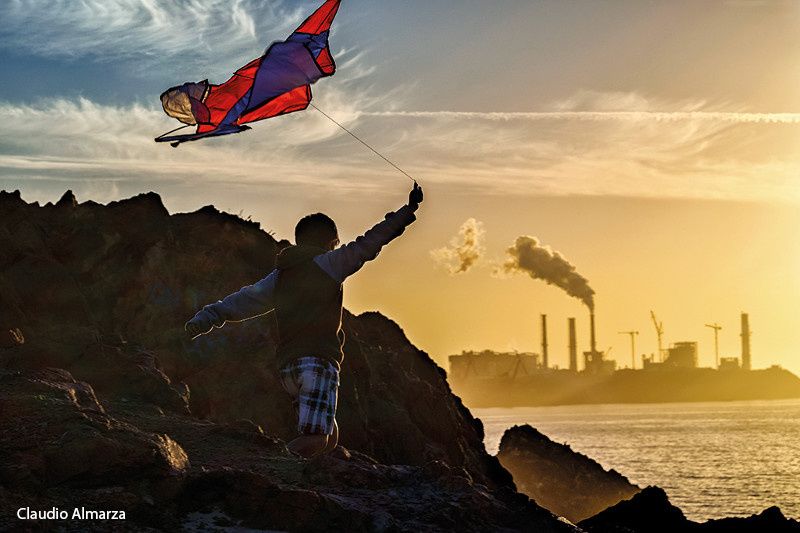 Locals say they only have to look elsewhere in Chile to know that heavy industry doesn’t bring good jobs. Oceana / Claudio Almarza

Split Down the Middle

It took Andes Iron another three years to evaluate the project’s environmental impact. Oceana—which had campaigned against the coal plants in 2010 and had been pushing to permanently protect La Higuera since then—examined the environmental impact report and saw something strange.

Andes Iron said nothing about how a sudden onslaught of cargo ships would affect the National Humboldt Penguin Reserve—a significant oversight. Under Chilean law, if an industrial project is found to have omitted key information from its impact report, the government is required to reject it right off the bat.

To confirm its suspicions, the Oceana team approached an environmental evaluation expert to review the impact statement. He was dismayed by Andes Iron’s work. “He said this is incomplete, this is a very bad project, there’s not enough scientific information,” van der Meer said.

In October 2016, Oceana published an 80-page report detailing reasons why the Dominga project should be rejected—not only because it overlooked the effects of ship traffic, but because of inadequate mitigation measures and other legal flaws.

Oceana presented the report to the senate and parliament, who concurred with its findings. Despite this, the Environmental Evaluation Service of Coquimbo, the region where La Higuera is located, recommended the project for approval to a commission of regional officials. After their vote, the officials were split down the middle, leaving the governor of Coquimbo to decide.

Many assumed that the governor, Claudio Ibáñez, would side with mining interests. Mining, after all, is a major economic force in Coquimbo. But Ibáñez had visited Punta de Choros before, van der Meer said. He didn’t want to be responsible for destroying the penguin’s nesting islands, one of the oldest marine reserves in Chile. On March 9, the governor cast the deciding vote—against Andes Iron.

In August, the project headed for a final vote with a committee of national ministers, and was again rejected. “It was a huge shock,” van der Meer said. “Mining is the motor of our economy. We have never before rejected a project, mining or otherwise, on environmental principles.” 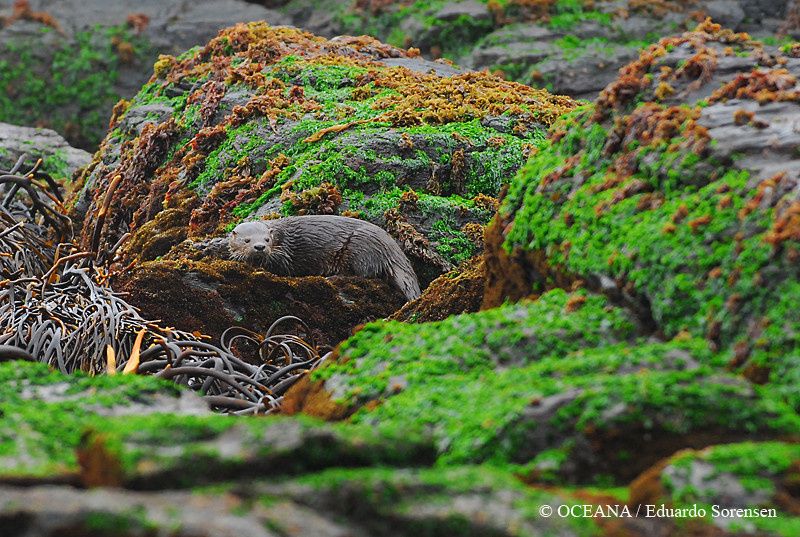 Other surprises followed. President Michelle Bachelet publicly supported the national ministers’ decision. “Chile needs development to go hand-in-hand with care for the environment,” she said, in an August speech. “It is my promise to the future.” Angered by what they saw as an anti-economy stance, the finance and economy ministers resigned just days after.

Andes Iron appealed the final rejection. The project is now headed to Chile’s environmental court. The fight continues. But it’s clear that the campaign to protect La Higuera has changed Chile’s national conversation. Politicians are being forced to consider the consequences of unchecked development. And corporations are now aware that Chile’s civil society has the power to galvanize thousands.

The day the national ministers rejected Dominga was a rare time for celebration. Oceana organized an impromptu thank-you march in La Serena, the capital of Coquimbo. Since the vote happened months earlier than anticipated, van der Meer expected a low turnout. To her surprise, more than 900 fisherman and other supporters arrived, some after traveling for hours. “They love what they have, they understand what they have,” van der Meer said. “It was a very happy moment.”

Though Andes Iron may never drill in La Higuera, it left its mark in other ways. “They divided families, groups, social unity,” Rojas said. “Our work now is to reestablish families and friendships.” One way to do this, she said, is by making sure that everyone can earn a decent living.

Rojas, along with Ramos, Díaz de Valdés and van der Meer, have high hopes for eco-tourism. “We need to make clear that we are pushing for sustainable growth,” van der Meer said. “It’s not just about penguins and whales. It’s about the community.”

And then there are those pristine shellfish plots. Unlike the mines, which had a working life of just 26 years, the abalone and clams will produce as long as fishermen can protect them, van der Meer said. “We can’t dismiss that they are doing something that is going to last forever.”

There are still big challenges on the horizon. Even if the environmental court terminates the Dominga project, there’s no guarantee that another mining company won’t arrive next year with blueprints and promises. 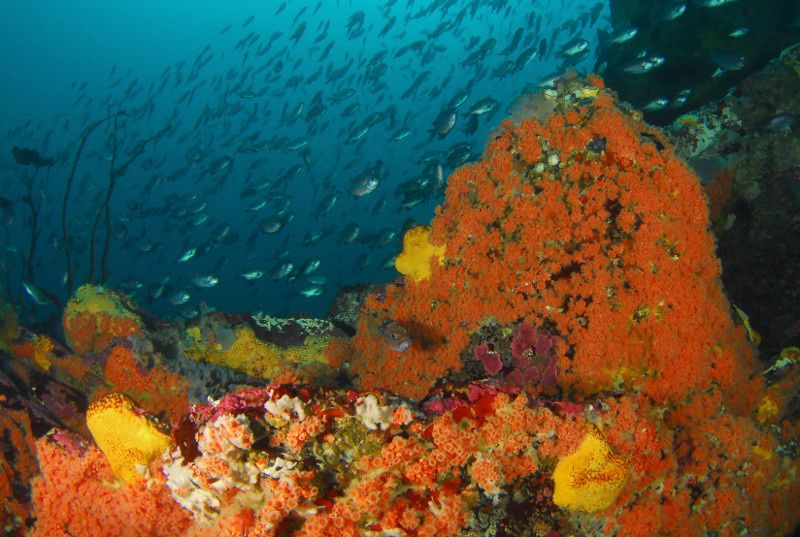 To prepare for this, Oceana is working with scientists and local advocates to put the brakes on big industry, permanently. They’re currently campaigning to get La Higuera declared a mixed-use protected area, one that would allow sustainable fishing and responsible tourism while shutting out mines and mega-ports.

The change can’t come soon enough. “We can’t keep fighting all our lives,” Rojas said. “We need to protect this forever.”