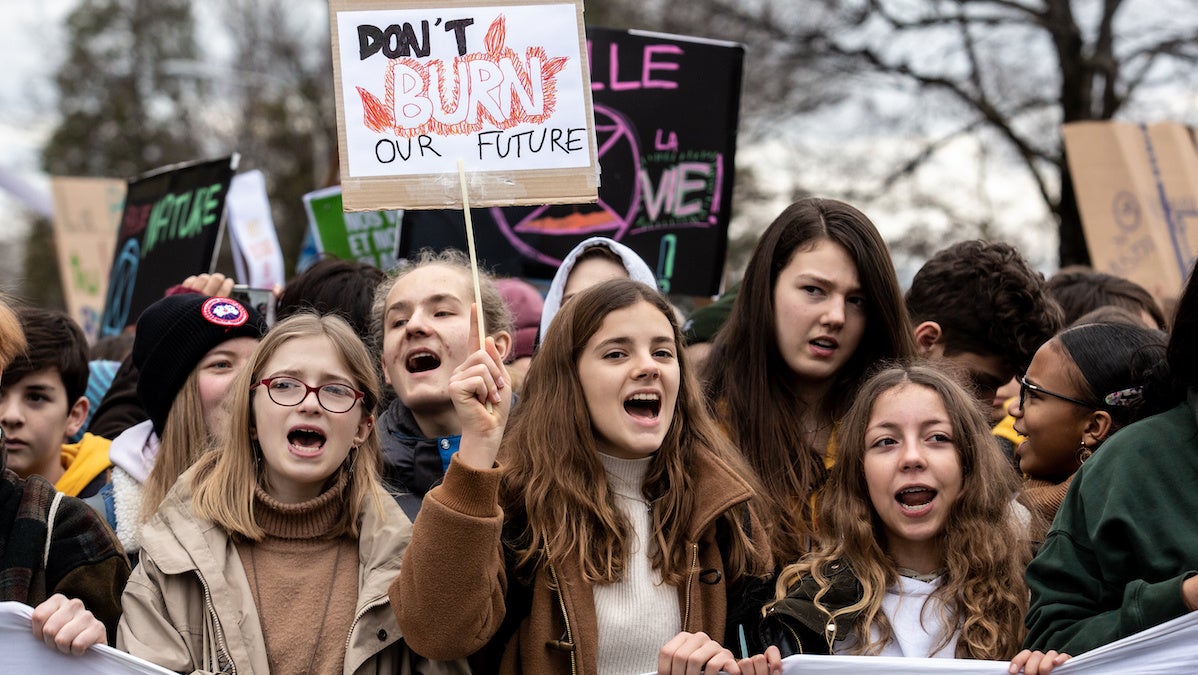 No country on Earth is doing what is necessary to protect the health and future of the world’s children, a major new report has found.

The report, published in The Lancet Tuesday, is the work of a more than 40-expert commission convened by The Lancet, the World Health Organization (WHO) and the United Nations Children’s Fund (UNICEF). It found that children around the world were at risk from the ecological and climate crises, as well as from advertising that markets unhealthy items like processed foods, alcohol and tobacco products directly to children.

No country is adequately protecting children’s
•health
•their environment, and
•their futures

We must build a future fit for children.

The report ranked 180 countries based both on “child flourishing” — how well they could feed, care for and educate children now— and “sustainability” — assessed based on greenhouse gas emissions and economic equality. It found that, while less developed countries had a hard time providing healthy lives for their children currently, developed countries threatened the future of all children with their higher greenhouse gas emissions.

For example, when it came to child flourishing, Norway, the Republic of Korea and the Netherlands performed the best, while the Central African Republic, Chad, Somalia, Niger and Mali fared the worst. However, when per capita carbon dioxide emissions were taken into consideration, Norway fell to number 156, the Republic of Korea to 166 and the Netherlands to 160. The U.S. ranked with Australia and Saudi Arabia as one of the 10 worst emitters. It was number 173 in terms of sustainability and number 39 in terms of child flourishing.

Only Albania, Armenia, Grenada, Jordan, Moldova, Sri Lanka, Tunisia, Uruguay and Viet Nam were both on track to meet 2030 per capita carbon dioxide targets and ranked in the top 70 for child flourishing.

“Climate change threatens our children’s future so we must stop carbon emissions as soon as possible,” University College London professor of global health and sustainable development Anthony Costello told The Guardian. “Our new index shows that not a single country performed well on both child development and emissions indicators.”

The report’s authors warned that if emissions rise past four degrees Celsius by 2100, which they are currently on track to do, this would have serious consequences for children’s health because of sea level rise, heat waves, the spread of diseases like malaria and dengue and malnutrition.

Children are among the most vulnerable to climate risks. A rapidly changing climate is a leading threat to their health today.
If we protect the environment, we protect children too.https://t.co/pwC5oa1p2m pic.twitter.com/YGzxCTsGJD

The report also warned about the consequences of advertising. Currently, children in some countries see as many as 30,000 television commercials every year, including ads for alcohol, junk food and sugary drinks, BBC News reported.

One new threat in this department is vaping. The number of children in the U.S. exposed to e-cigarette commercials rose more than 250 percent over a two-year period, WHO said.

Another emerging problem is the spread of advertising on social media, Costello told BBC News, though it is still insufficiently understood.

“We have few facts and figures about the huge expansion of social-media advertising and algorithms aimed at our children,” he told BBC News.

In response to their findings, the commission called for “the birth of a new era for child and adolescent health,” Lancet editor-in-chief Dr. Richard Horton told WHO. According to WHO, the commission recommended five specific actions:

1. Stop CO2 emissions with the utmost urgency, to ensure children have a future on this planet;
2. Place children and adolescents at the centre of our efforts to achieve sustainable development;
3. New policies and investment in all sectors to work towards child health and rights;
4. Incorporate children’s voices into policy decisions;
5. Tighten national regulation of harmful commercial marketing, supported by a new Optional Protocol to the UN Convention on the Rights of the Child.

“It will take courage and commitment to deliver,” Horton said. “It is the supreme test of our generation.”