Study: Children Have Better Nutrition When They Live Near Forests 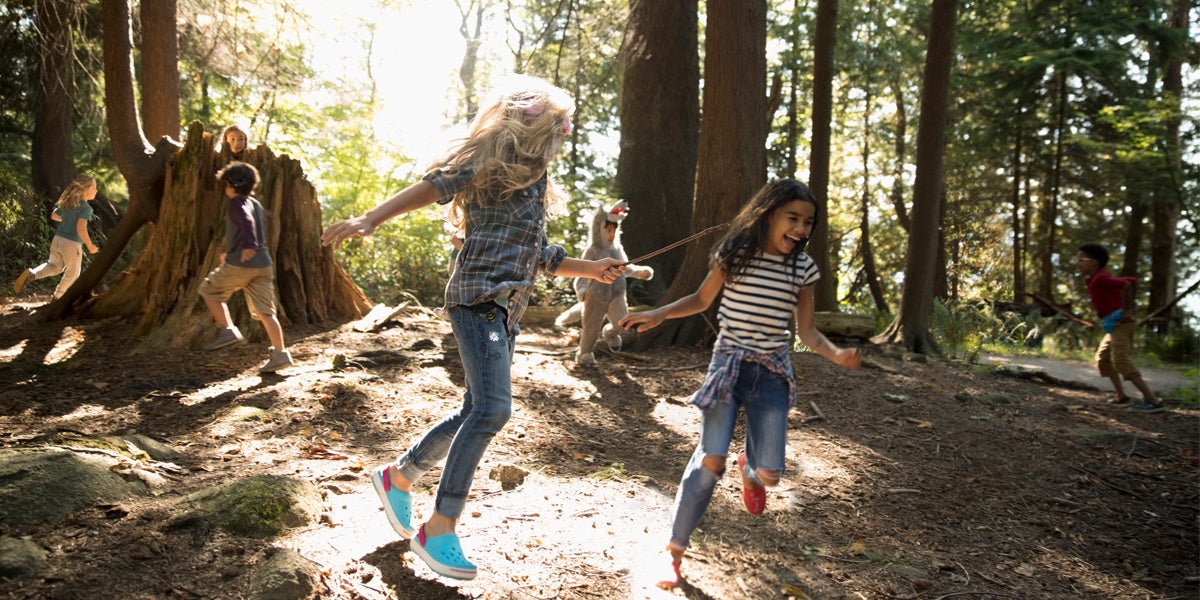 Spending time in nature is
known to boost mental and emotional health. Now, a new global study has found that children in 27 developing nations tend to have more diverse diets and better nutrition when they live near forests.

The paper, published Wednesday in
Science Advances, provides evidence that forest conservation can be an important tool in promoting better nutrition in developing countries, rather than clear-cutting forests for more farmland.

These kids have access to a variety of forest food products, including animal, plant and mushroom species, which can supply essential micronutrients that contribute significantly to nutrition, the authors wrote in the study.

“Dietary diversity is a good proxy for micronutrient intake and tells us a lot about the overall health of a community,” Brendan Fisher, a professor in UVM’s Environmental Program in the Rubenstein School of Environment and Natural Resources, and a co-author on the new research, explained to
ABC News.

For the study, the researchers collected the diet information of children younger than 5 years old from the U.S. Agency for International Development’s (USAID) diet information database from 2000-2013. The team then analyzed children’s diets from 43,000 households—in Nepal, Bangladesh, Cambodia, Philippines, the Caribbean, South America, sub-Saharan Africa and Eastern Europe—that were both close to and far away from forests.

They found that high exposure to forests causes children to have at least 25 percent greater dietary diversity compared to lack of exposure. These children are also eating more vitamin A– and iron-rich foods by at least 11 and 16 percent points, respectively.

What’s more, the authors write, forests are important shelters for
pollinators, which are crucial for the production of fruits and vegetables. Forest-dependent households have access to timber and other forest products that can be used to generate income and be used to buy more diverse foods. This can also mean less time spent collecting fuelwood, leaf fodder and grass for livestock feed.

“We discovered that the positive effect of forests is greater for poor communities,” Rasolofoson said. “But communities need at least some access to roads, markets, and education in order to get the most benefit from their forests.”

The study shows that forest conservation and health can “go hand-in-hand,” as co-author and University of Vermont professor Brendan Fisher in the press release.

Taylor Ricketts, director of UVM’s Gund Institute and senior author of the study, added: “Economic development and forest conservation are typically thought of as trade-offs—that leaders have to prioritize one or the other. This study helps to show that’s just not always, or even usually, true. More often than we think, it’s a false choice.”