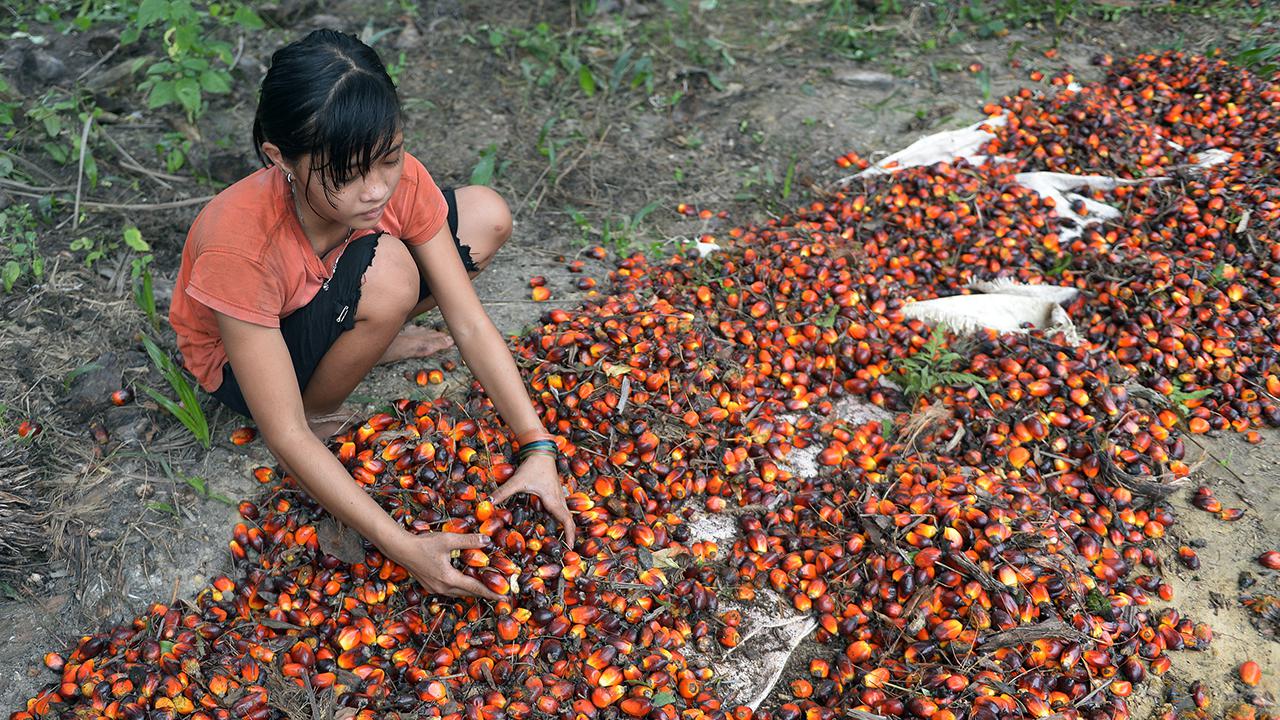 Tens of thousands of children in Indonesia and Malaysia work to harvest the palm oil that ends up in several beloved Western snacks, including Girl Scout cookies.

Palm oil took off as a global commodity around 20 years ago after health warnings about trans fats caused food manufacturers to switch to the extremely cheap oil. It is now in about half of all supermarket products and almost 75 percent of cosmetics, but appears on labels under more than 200 different names.

Campaigners in the past have raised concerns about the oil’s environmental impact. Around 85 percent of the industry is fed by plantations in Malaysia and Indonesia. Rainforests are often cleared to make way for palm oil plantations in the two countries and elsewhere, and this has a devastating impact on many species, including orangutans. A recent study found that 50 percent of deforestation in Borneo between 2005 and 2015 was linked to palm oil.

Child labor is another major problem for the industry, according to The Associated Press. The UN’s International Labor Organization estimates that 1.5 million children aged 10 to 17 work in Indonesia’s agricultural industry, of which palm oil is the dominant crop. In Malaysia, a 2018 study found that more than 33,000 children work in the industry, and that almost half of them are between the ages of five and 11.

Children working on these plantations face hazards like exposure to chemicals and pesticides, and many are denied proper healthcare and the chance at an education. In Malaysia, where the industry is mostly staffed by foreign workers, children without proper immigration papers are even more vulnerable to exploitation and abuse.

“For 100 years, families have been stuck in a cycle of poverty and they know nothing else than work on a palm oil plantation,” Kartika Manurung, who has published reports on labor issues on Indonesian palm oil plantations, told The Associated Press. “When I … ask the kids what they want to be when they grow up, some of the girls say, ‘I want to be the wife of a palm oil worker.'”

Environmental concerns first motivated then-11-year old Chaffin to investigate the source of the palm oil in the Girl Scout cookies she sold. Chaffin, who had earned a badge for selling more than 600 boxes of cookies, saw that the palm oil listed on the cookie boxes was supposed to come from sustainable sources. However, she looked closer and saw the word “mixed”, which meant that sustainable and non-sustainable sources had been combined in the cookie recipe.

She swore off cookie-selling and launched a petition one year ago urging Girl Scouts to abandon palm oil.

“Some of my fellow girl scouts and I are boycotting Girl Scout cookie sales until palm oil is replaced with a completely sustainable oil,” she wrote. “Please sign my petition because the rainforest is a very important part of life.”

Chaffin told The Associated Press that learning about the child labor issues made her more motivated to fight for the oil’s removal.

Girl Scout cookies are made by two U.S. bakers: Little Brownie Bakers in Kentucky and ABC Bakers in Virginia. Little Brown Bakers says its palm oil is from “mixed” sources, which means as little as one percent might be sustainable. ABC Bakers puts money towards promoting sustainable production. These bakeries belong to two parent companies, Weston Foods of Canada and Ferrero of Italy. Weston Foods would not provide any details of its supply chain, making it impossible for The Associated Press to determine if child labor was used by any of its suppliers.

The Girl Scouts did not respond to The Associated Press before the study was published, but did address the article on social media.

“Child labor has no place in Girl Scout Cookie production. Our investment in the development of our world’s youth must not be facilitated by the under-development of some,” the organization tweeted.

They said that their bakers and the Roundtable on Sustainable Palm Oil (RSPO) should take action if standards were being violated.