Study Finds Climate Crisis Is Deterring Some Adults From Having Kids 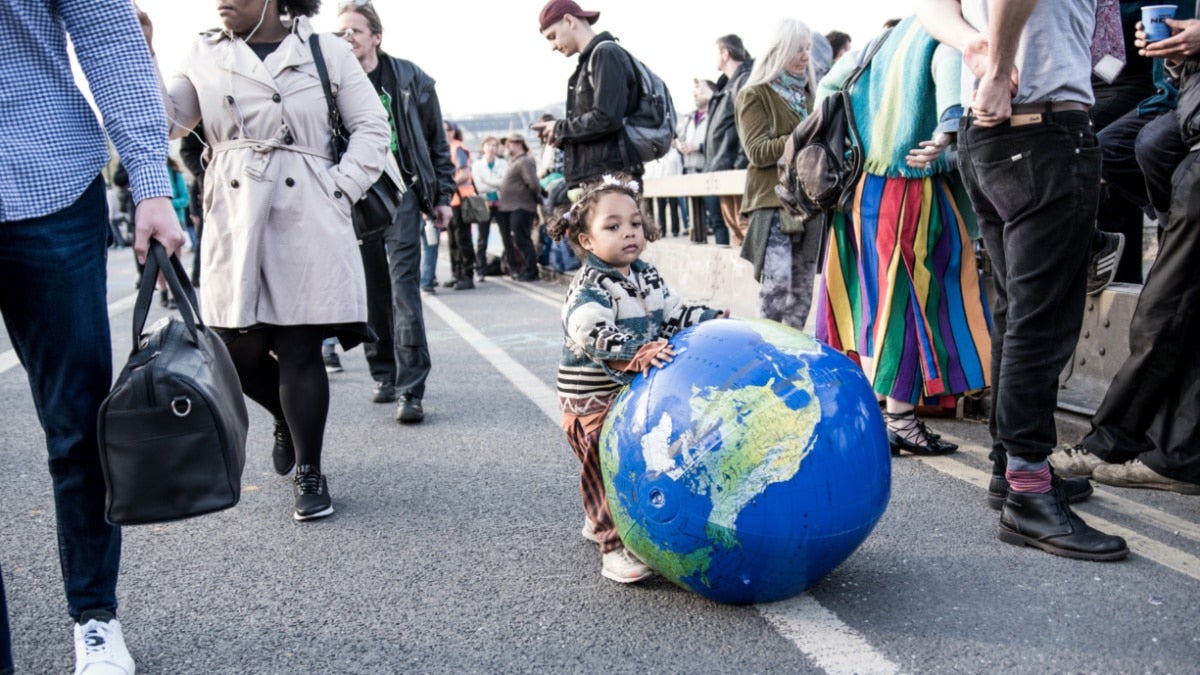 Will concern over the climate crisis stop people from having children?

A first-of-its-kind academic study suggests that it already has. The study, published in the journal Climate Change this month, found that 96.5 percent of respondents were “very” or “extremely concerned” about what the lives of their current or hypothetical children would look like in a future they see as overwhelmingly bleak.

“[C]limate change is the sole factor for me in deciding not to have biological children,” a 31-year-old study participant from Washington said. “I don’t want to birth children into a dying world. I dearly want to be a mother, but climate change is accelerating so quickly, and creating such horror already, that bringing a child into this mess is something I can’t do.”

The question of whether it is right or desirable to have children in the context of the climate crisis has been raised in recent years. New York Representative and Green New Deal champion Alexandria Ocasio-Cortez said in 2019 that it was legitimate to ask whether it was “OK to still have children” given scientific predictions for what the world could look like if industrial societies do not rapidly reduce greenhouse gas emissions.

“This suggests that approximately 12.5 million Americans of what is traditionally considered childbearing age were not having children at least partially because of their climate concerns,” the study authors wrote.

However, the new research is the first time an academic, peer-reviewed study has examined how the climate crisis is influencing reproductive choice. Most academic research has focused on the ethics of having children in countries with large environmental footprints. One 2009 study found that having one less child as a U.S. resident was 20 times more effective at reducing one’s carbon footprint than other lifestyle choices such as driving more fuel-efficient cars.

Ethical concerns did partly motivate the study respondents. When asked, “How concerned were/are you about your (potential) child’s lifetime carbon footprint?” 59.8 percent of respondents said they were “very” or “extremely concerned.”

“I really didn’t think a lot about the carbon footprint of having another child, until I read something saying that the best thing you can do to reduce your carbon footprint is not reproduce,” a 38-year-old teacher and mother from Minnesota said in the study. “Thinking about that has influenced my decision not to have a third child.”

However, respondents were more concerned with their hypothetical or actual children’s futures than the environmental impact of reproducing.

“The fears about the carbon footprint of having kids tended to be abstract and dry,” study leader Matthew Schneider-Mayerson of Yale-NUS College in Singapore told The Guardian. “But the fears about the lives of existing or potential children were really deep and emotional. It was often heartbreaking to pore through the responses — a lot of people really poured their hearts out.”

Six percent of respondents even admitted to feeling regret for having children. “I was surprised,” Schneider-Mayerson told The Guardian. “For parents, this is an extremely difficult statement to make.”

Schneider-Mayerson noted that more research is needed using a wider and more diverse group of respondents. This particular study questioned 607 U.S. adults aged 27 to 45, and they tended to be white, liberal and living in urban areas, Schneider-Mayerson told The Guardian.

The study respondents were also motivated by an overwhelmingly negative view of the future. Of the 400 who offered their opinions, 92.3 percent predicted a negative future, 5.6 percent thought it would be mixed and only 0.6 percent were positive.

But some climate scientists have argued that having children despite these concerns can bring hope.

“Personally, I can’t advocate for people not to have children in order to fix climate change because why am I fixing climate change? I’m doing it because of my child and because of everybody else’s children,” atmospheric scientist and Texas Tech University political science professor Katharine Hayhoe told the Canadian Press in 2019, Global News reported. “So that’s what gives us hope.”

Ultimately, Schneider-Mayerson saw the data as another reason to act on climate. “To address this, we really need to act immediately to address the root cause, which is climate change itself,” he said.