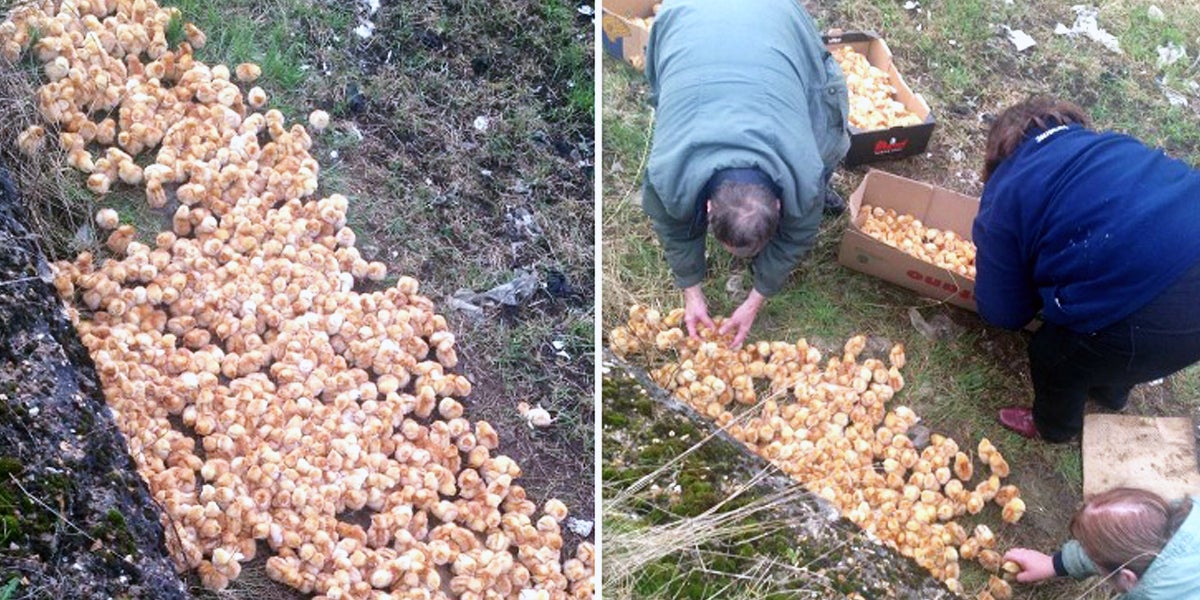 “Chick culling,” as it’s called, is something the egg industry doesn’t like to talk about. And when one learns what the process entails, it’s no wonder as to why. Also called “chick disposal,” it involves shredding male baby chicks alive as they are deemed to be worthless to the industry because they will not produce eggs when mature. While most commercial chick producers continue to do this (in all countries except Germany) behind closed doors and in secrecy, it seems one producer decided an alternative solution would be more appropriate and left more than 1,000 chicks to die in a field. 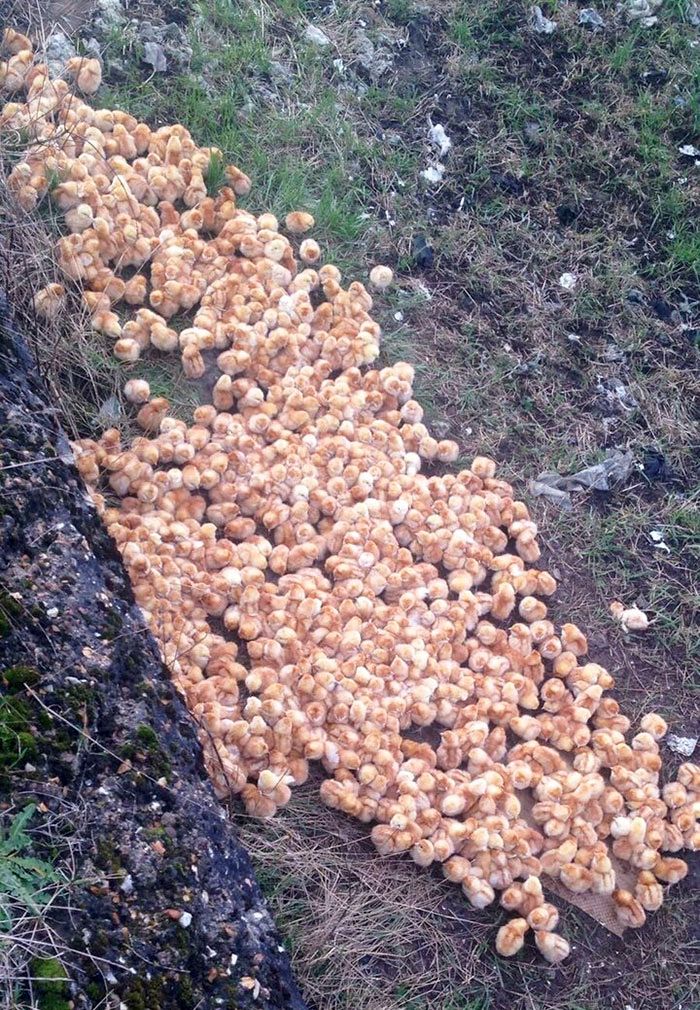 Royal Society for the Prevention of Cruelty to Animals

Huffington Post reported that a mass amount of chicks were found dumped in a field in eastern England Friday, causing animal investigators to seek out the source. Inspector Justin Stubbs of the Royal Society for the Prevention of Cruelty to Animals (RSPCA) said he’d “never seen anything like it” and was alerted to the “sea of yellow” birds after passersby contacted him.

Sadly, most were only a day old and had been affected by the frigid temperatures. Stubbs wrote in a statement: “The chicks are only about a day old and are really tiny and quite delicate.” 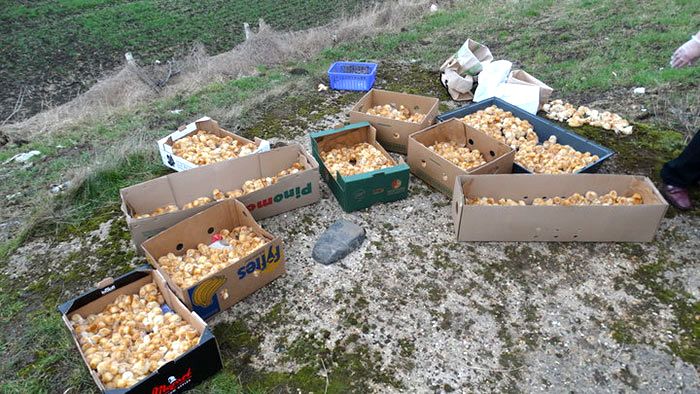 Royal Society for the Prevention of Cruelty to Animals

By the time of their discovery, some were either already dead or were in such poor condition that they had to be put down. Most, however, “did not appear to be suffering,” according to Stubbs.

The chicks were quickly rounded up and put into boxes to keep warm. RSPCA officials are sure that the birds were dropped off by a “third party official” from a nearby commercial chick producer. The investigation is ongoing.

“These tiny birds wouldn’t have survived long out on their own at such a young age and in such unpredictable weather conditions,” Stubbs added. “For someone to dump these vulnerable chicks is unbelievable.”