Chevron Has Spilled 800,000 Gallons of Crude Oil and Water Into a California Canyon Since May 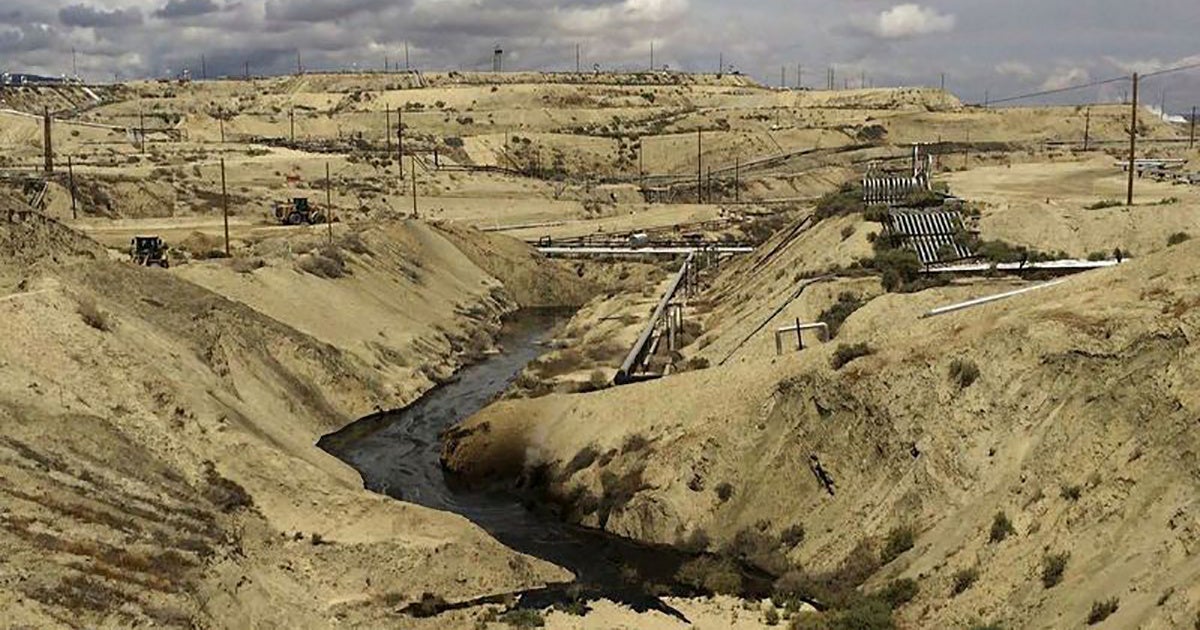 In this May 10 photo oil flows at a Chevron oil field in Kern County, California. California Department of Fish and Wildlife's Office of Spill Prevention and Response

California officials ordered Chevron Friday “to take all measures” to stop a release that has spilled around 800,000 gallons of water and crude oil into a dry creek bed in Kern County, KQED reported.

The order, issued by the new acting head of the state’s Division of Oil, Gas and Geothermal Resources (DOGGR) Jason Marshall, also said the fossil fuel company had not done enough to stop the spills that had begun May 10. The order came a day after California Gov. Gavin Newsom fired former DOGGR head Ken Harris after a significant rise in fracking permits.

“The Chevron spill clearly shows that California needs stronger climate leadership from the governor,” Greenpeace USA Executive Director Annie Leonard said in a statement reported by KQED. “Oil and gas infrastructure will never be free from spills and leaks or from spewing climate pollution. We face a growing public health crisis and climate emergency stoked by rampant oil and gas development.”

DOGGR had initially issued Chevron with an order of violation and ordered it to stop some extraction in the area. Friday’s order upped the ante by mandating the company completely stop the releases and take steps to prevent future ones.

“Chevron takes these matters seriously,” the company said in a statement Saturday. “We will review the order and continue working in a collaborative manner with the involved agencies.”

Officials began Friday to clean the spill, The Associated Press reported, which is the largest of California’s recent oil spills.

However, while the spill is larger than both the 2015 spill that dumped 140,000 gallons of crude oil onto Refugio State Beach and the 2007 spill of 54,000 gallons of oil into San Francisco Bay, it has been less devastating since it was not near an active waterway and has not significantly impacted wildlife, both company and state officials said.

Chevron spokeswoman Veronica Flores-Paniagua told The Associated Press that the flow had stopped since its last release on Tuesday. It occurred in an area where the company uses steam to extract oil from the Cymric Oil Field, which is about 35 miles west of Bakersfield. The steam helps the crude oil flow more readily.

The seepage first occurred May 10, stopped, then started again on June 8 and June 23.

Department of Conservation spokesperson Teresa Schilling confirmed Saturday that the flow was contained.