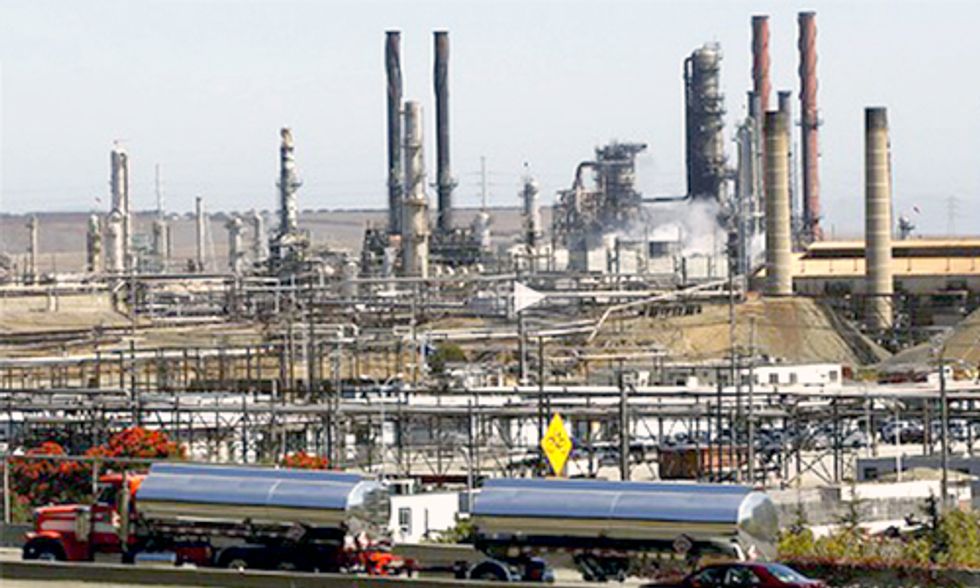 The oil giant Chevron is being accused of attempting to buy the city government of Richmond, California. The company has spent more than $3 million to back a slate of pro-Chevron candidates for mayor and city council ahead of Tuesday’s election.

According to a report in the Los Angeles Times, Chevron has paid for TV attack ads, purchased space on virtually every billboard in town, funded a flood of mailers and financed a fake “news” website run by a Chevron employee. The move comes two years after a massive fire at Chevron’s oil refinery in Richmond sent 15,000 residents to the hospital. It was the third refinery fire since 1989 in the city.

The city of Richmond responded to the latest fire by suing Chevron, accusing officials of placing profits and executive pay over public safety. We speak to one of the politicians being targeted, outgoing Mayor Gayle McLaughlin. She was elected mayor of Richmond in 2006, becoming the first Green Party official to represent a city of more than 100,000. Due to mayoral term limits, McLaughlin is now running for Richmond City Council.

Chevron, ExxonMobil and Shell Say Climate Change is Real, So Why Haven’t They Dumped ALEC?