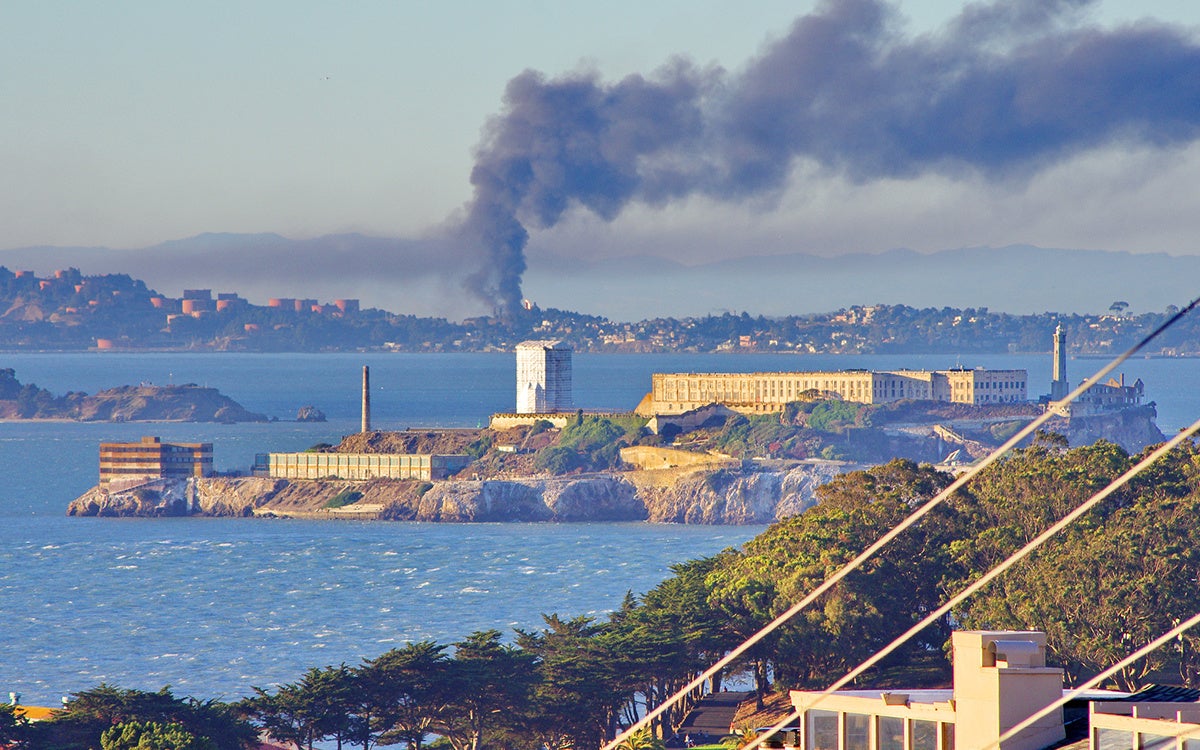 This was a big week for the suit brought by San Francisco and Oakland against the five largest investor-owned fossil fuel companies for the costs associated with adapting to climate change.

First, the five companies in question—Chevron, ConocoPhillips, ExxonMobil, BP and Royal Dutch Shell—filed a motion Tuesday to dismiss the case, arguing that the U.S. Supreme Court and the U.S. Court of Appeals for the Ninth Circuit had dismissed similar cases in the past because the U.S. Environmental Protection Agency, not private companies, is responsible for setting and enforcing carbon dioxide levels, Forbes reported.

But they didn’t file in time to avoid participating in Wednesday’s historic climate science tutorial. U.S. District Court Judge William Alsup, who is currently hearing the case, ordered both sides to answer a series of questions about climate science in a two-hour presentation each.

Chevron was the only company whose lawyer actually presented at the tutorial. The other companies did not present as a show of their opposition to the court’s jurisdiction, Alyssa Johl, an attorney and the founder of Climate Rights Collective, reported in a live tweet of the tutorial.

Judge Alsup interrupts Chevron lawyer to ask whether he represents all defendants or Chevron only… Boutrous makes clear that he only speaks for Chevron. BP, ConocoPhillips, Exxon & Shell in the courtroom but not presenting bc they object to court's jurisdiction #climatetutorial

Alsup, however, did not let the other companies off the hook, but gave their lawyers two weeks to file statements detailing any differences they had with the testimony of Chevron’s lawyer.

Judge Alsup speaks directly to defendants who did not present… you cannot sit in silence. You have 2 weeks to accept or deny each and every statement made by Chevron during this #climatetutorial

Chevron was represented by Theodore Boutrous, Jr., who did not attempt to deny the science behind climate change and based his presentation on the Intergovernmental Panel on Climate Change (IPCC) Fifth Assessment Report, which was published in 2013.

According to Grist’s Nathaniel Johnson, the strategy behind this move was revealed when Boutrous cited part of the report which states that climate change is caused “largely by population and economic growth.

Chevron's lawyer at #climatetutorial – "IPCC does not say it's the extraction of fossil fuels [that causes climate change], it's the energy use – the economic activity – that generates emissions." @ColumbiaClimate

“This appears to be the core of the oil companies’ strategy,” Johnson wrote in his write-up of the session. “First, believe everything the IPCC says. Second, the IPCC says the real problem is prosperity, economic growth! Therefore, blame the ones burning the oil—all we did was dig the stuff up.”

Several observers also questioned Boutrous’ reliance on five-year-old data in such a fast-moving field, since it played up the IPCC’s “uncertainties” regarding the impacts of climate change, which have only gotten frighteningly more certain in the intervening years.

“Sea-level rise science from the past few years blows this out of the water,” journalist Amy Westervelt noted in a tweet from the courtroom.

This! Sea-level rise science from the past few years blows this out of the water. Seem disingenuous to present 5-year old projections #climatetutorial https://t.co/0zJYxJG5RM

Even one of the scientists who presented for the cities, University of Illinois professor Don Wuebbles, who helped write the IPCC and the more recent 4th U.S. Climate Assessment, cast shade on Boutrous’ reliance on the report.

“The science doesn’t stop at 2012,” Wuebbles said, according to the McClatchy Washington Bureau.

Wuebbles highlights the fact that #climatescience does not stop at 2012. Chevron lawyer cherrypicked data on sea level rise during his presentation – looking at the big picture, there is no doubt that sea level is rising #climatetutorial #makepolluterspay

Two other scientists presented for the cities before Boutrous and Wuebbles spoke. The University of Oxford’s Myles Allen spoke on the history of climate science and University of California, Santa Cruz professor Gary Griggs spoke on the relationship between climate change and sea level rise, according to Alyssa Johl’s live tweets.

Deborah Moore, western states campaign manager at the Union of Concerned Scientists, was a courtroom observer. She noted a part of Allen’s testimony that might be particularly useful to the cities’ case: it is, apparently, possible to directly link products sold by particular companies to the emissions they produced.

Prof Allen notes 50% of emissions produced since ~1980 and that it is possible to trace CO2 emissions directly to products sold by individual companies. #climateliability

But first, Alsup will have to decide if there will continue to be a case at all. According to Forbes, Alsup will likely hear the companies’ motion to dismiss in April.