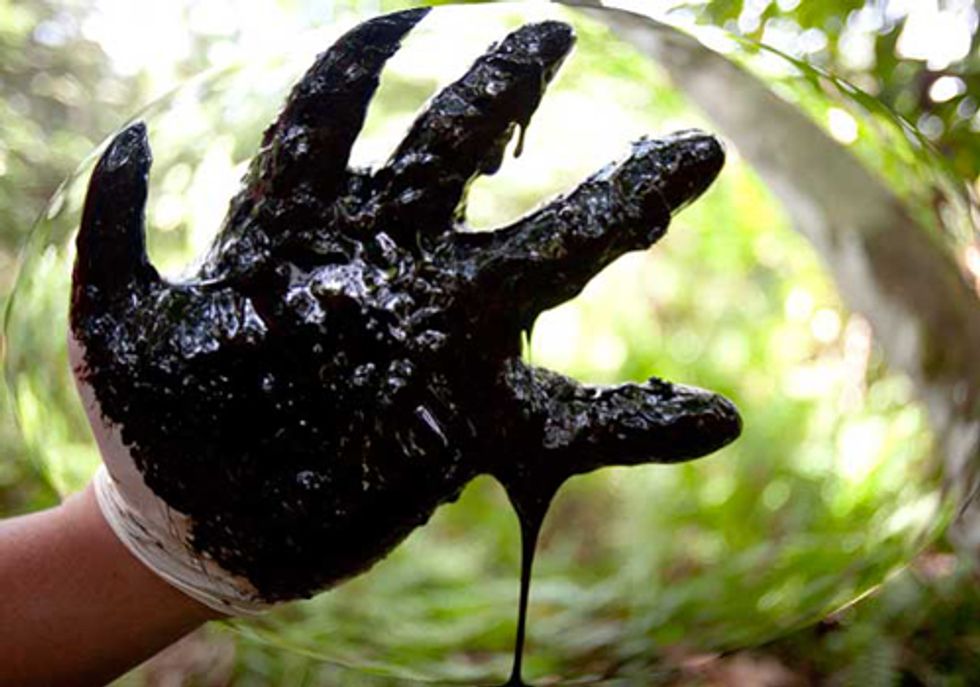 Apparently believing that no outright whopper can't be repeated again and again, Chevron has issued a report bragging about the company's "commitment to respecting global human rights." The 2011 Corporate Responsibility Report, issued May 10, is a glossy, 50-page masterpiece of corporate greenwashing. Here are some of its claims:

What the report doesn't tell you is the underside of these nice projects. For example:

Not to mention, of course, Chevron's abominable track record in Ecuador, which has made the company a global pariah. Lots more background information on the company's global record is available at our True Cost of Chevron report.

Now, we don't doubt that amid its global depredations, Chevron probably has done a few good things, much like dictatorial governments often have a carefully-buffed kind side. Nor do we assume that everyone working for Chevron has poor intentions. Chevron's more than 600,000 employees around the world surely include many decent, idealistic people. Given the company's immense financial, technical and human resources, the company has the capacity to do a lot of good.

Which is why it's such a shame that Chevron's top management has instead chosen the path of pollution, abuse, bluster and shameless propaganda.