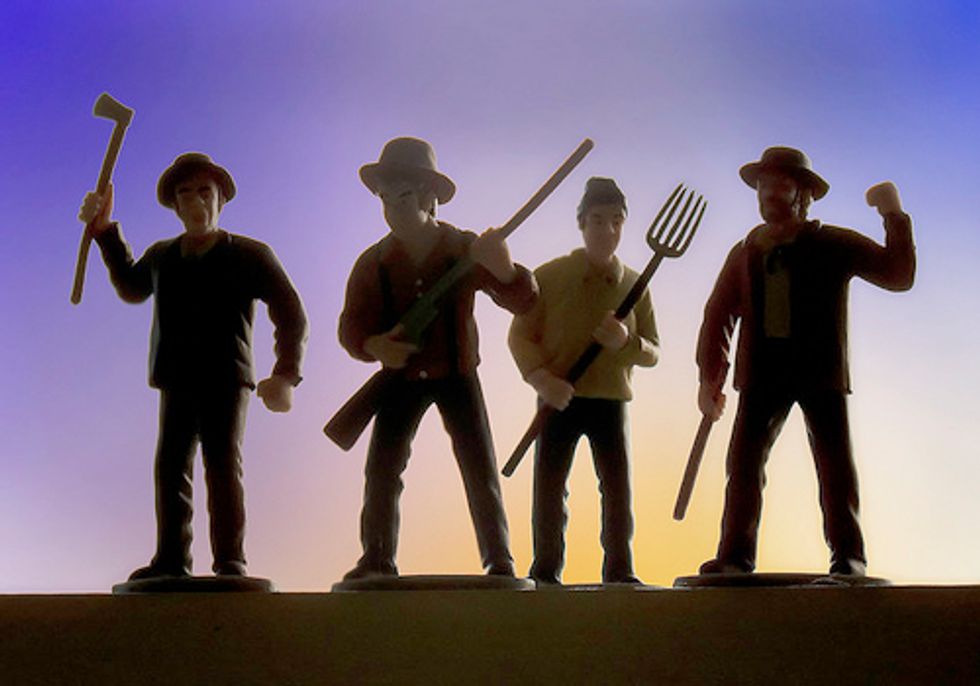 An epic showdown between angry Chevron shareholders and notoriously short-tempered CEO John Watson over the company's $18 billion Ecuador liability is brewing just days before the company's annual meeting next week.

Watson—who at the Chevron annual meeting in 2010 had five activists arrested after they challenged him on the Ecuador liability—is facing a potential shareholder rebellion after two leading proxy advisory firms urged support for resolutions directly challenging Watson's authority. Both resolutions cite Watson's poor handling of the Ecuador lawsuit in their supporting statements.

Recommendations from the advisory firms—Institutional Shareholder Services and Glass Lewis—often substantially increase support for shareholder resolutions, which will be voted on at the company's annual meeting on May 30.

Separately, several large investors have signed a letter to be sent to Chevron, citing Watson's “poor judgment” and calling on the company to reach an “equitable” settlement of the Ecuador case, said Simon Billenness, a securities analyst who consults with social investors owning stock in the oil giant.

An Ecuador court last year found Chevron discharged more than 16 billion gallons of toxic waste into Amazon waterways, decimating indigenous groups and causing an outbreak of cancer. The verdict was upheld on appeal in January and rendered enforceable worldwide when Chevron refused to post a bond.

“John Watson will be on the shareholder hot seat at the annual meeting like never before,” said Billenness, who recently issued a report on the risks the company faces. “Chevron shareholders are now tying the enormous and unprecedented Ecuador liability to the company's flawed corporate governance structure and Watson's poor management.”

Last week, Institutional Shareholders and Glass Lewis announced their support for a resolution calling for a separation of Watson’s role as board chairperson and CEO, essentially saying the Board was incapable of exercising effective oversight of Watson. See here. The resolution cites “questions raised about the oversight by the board of the CEO’s management and disclosure to shareholders of the financial and operational risks to the company from the $18 billion judgment in the Ecuadorian courts.”

ISS also announced its support for two other resolutions, both times referring to the company’s failures in the Ecuador case. One allows shareholders to more easily call special meetings, while the other calls for the appointment of an independent board member with environmental expertise.

In addition, Watson will face a showdown with rainforest leaders from Ecuador and other challenges at the annual meeting:

In addition to the Erion and Billenness reports, shareholders also have called on the Securities and Exchange Commission to determine whether Chevron is misleading shareholders. See here.

Pressure on Watson continued to build last week with yet another legal setback. A U.S. federal judge weakened Chevron's fraud charges against the rainforest communities and their counsel and cast doubt on whether the case could go forward. Previously, a U.S. appellate court denied Chevron the chance to try to block the Ecuadorians from enforcing their judgment.

“In failing to negotiate a reasonable settlement prior to the Ecuadorian court’s ruling against the company, it appears that Chevron has displayed poor judgment,” cited the resolution on special meetings that ISS supports.

“Investors won’t accept any further baseless spin in response to their growing concerns that the $18 billion judgment is now enforceable,” said Erion, who advises the rainforest communities. “Watson needs to have a serious conversation with shareholders about how Chevron will avoid its ‘irreparable harm’ from enforcement.”

This is not the first time Watson is facing shareholder anger over the Ecuador lawsuit. In 2011, Chevron shareholders with more than $150 billion in assets chastised the company for the "grave reputational damage" suffered due to the lawsuit. In 2010, Watson barred Chevron critics with valid proxies and had five activists arrested for questioning the company’s attempted evasion of the Ecuador liability.

Despite its attempts to silence dissent, Chevron’s management suffered a humiliating rebuke in 2010 when shareholders supported a resolution on the Ecuador problem with a whopping 26 percent of the vote representing approximately $38 billion in shareholder value. See here.