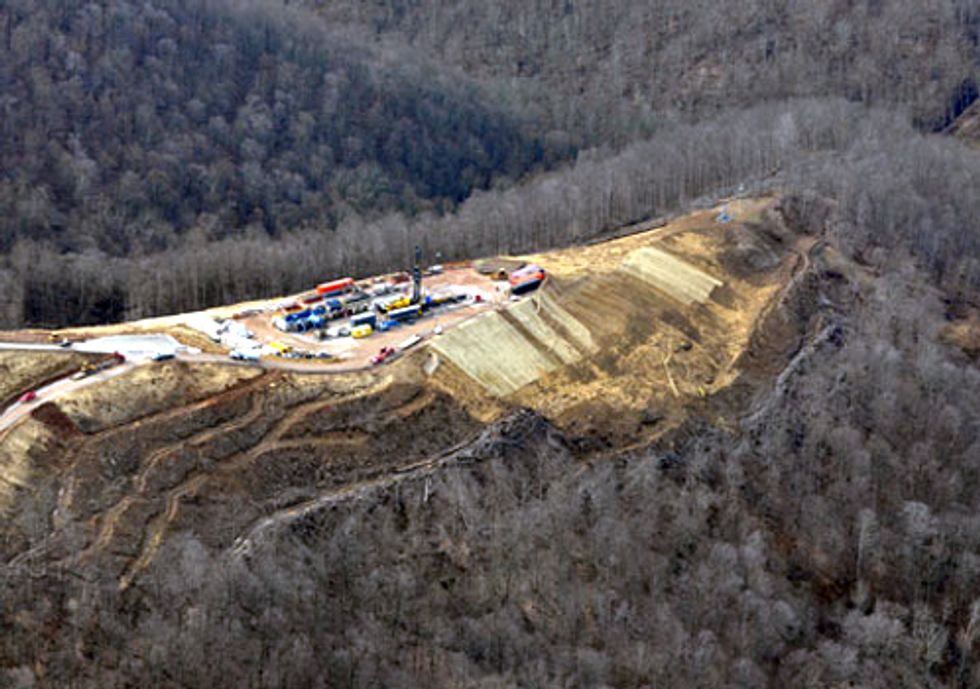 According to a Department of Justice press release, Chesapeake Appalachia pled guilty on Oct. 5 in federal court to three violations of the Clean Water Act related to natural gas drilling activity in northern West Virginia.

Chesapeake pled guilty to three counts of "Unauthorized Discharge into a Water of the United States" in that it discharged sixty (60) tons of crushed stone and gravel into Blake Fork, a water of the United States, on at least three different occasions in December of 2008. Chesapeake also admitted that after discharging the stone and gravel that it then spread the material in the stream to create a roadway for the purpose of improving access to a site associated with Marcellus Shale drilling activity in Wetzel County, West Virginia.

“This criminal conviction sends a clear message to other companies involved with fracking activities across the country that such violations of the federal Clean Water Act will not be tolerated," said Kate Hudson, watershed program director for Riverkeeper, while commenting on the case. "It is unfortunate that the federal government’s authority to regulate environmentally destructive activities on the part of certain companies involved with shale gas extraction is not broader, because of the many loopholes and exemptions that the industry has been given, or we might be seeing more frequent and firm enforcement action being taken against those in the industry who are choosing to ignore the law.”

The press release continues by saying:

"Our nation's wetlands play a critical role in maintaining water quality, reducing flood damage, and providing habitat for fish and wildlife," said David G. McLeod, Jr., special agent in charge of EPA's [Environmental Protection Agency] criminal enforcement program in West Virginia. "The defendant illegally filled at least three sensitive wetlands; in one instance, obliterating a natural waterfall. This plea agreement demonstrates that those who illegally fill in or destroy these essential natural resources will be prosecuted."

Riverkeeper, an organization that protects the environmental, recreational and commercial integrity of the Hudson River and its tributaries, and safeguard the drinking water of nine million New York City and Hudson Valley residents, said they "commend the EPA for taking appropriate and strong enforcement action against Chesapeake for its blatant and purposeful disregard of federal law in pursuing its fracking activities in West Virginia."

The pleas agreement calls for Chesapeake to pay a fine of $200,000 for each conviction for a total fine of $600,000. It also requires that Chesapeake be placed onto probation for two years and be under the supervision of the Court during that time period, according to the press release.