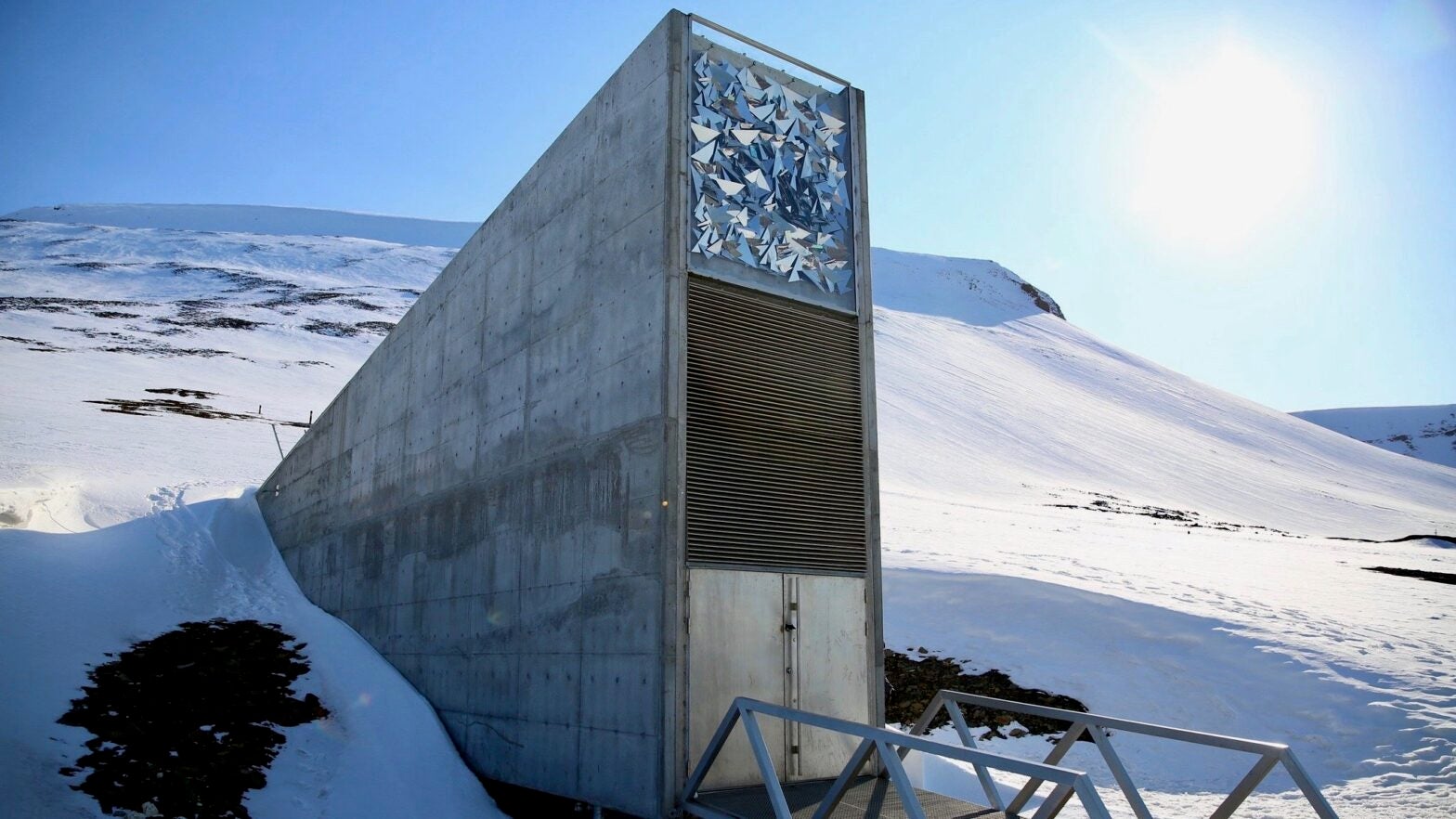 The Cherokee Nation will save seeds from the “three-sisters” crops in the Arctic “doomsday vault,” making it the first Native American tribe to ensure culturally emblematic crops will be preserved for the future, as The Guardian reported.

Never before has a Native American tribe received an invitation to store heirloom seeds in the Svalbard Global Seed Vault, which lies in the permafrost over 800 miles into the Arctic Circle.

The Cherokee nation has donated seeds for nine varieties of corn, squash and beans to the vault, which has nearly one million packs of seeds from almost every country in the world, according to its own statistics. The vault has the capacity to store about 4.5 million varieties of seeds.

The seed vault, which is owned and operated by Norway, aims to store seeds to protect them from catastrophe, such as disease, pests or war, as CNN reported.

Included in the nine crops that the Cherokee nation sent is “Cherokee White Eagle Corn, the tribe’s most sacred corn, which is typically used during cultural activities, and three other varieties of corn grown for consumption in distinct locations to keep the strains pure. Other seeds sent to the seed bank include Cherokee Long Greasy Beans, Cherokee Trail of Tears Beans, Cherokee Turkey Gizzard black and brown beans, and Cherokee Candy Roaster Squash,” according to Anadisgoi, the official Cherokee Nation newsletter. The crops all predate European settlement of the Americas and are vital to the Cherokee cultural identity.

“This is history in the making, and none of it could have been possible without the hard work of our staff and the partnership with the team in Norway,” Cherokee Nation Principal Chief Chuck Hoskin Jr. said to Anadisgoi. “It is such an honor to have a piece of our culture preserved forever. Generations from now, these seeds will still hold our history and there will always be a part of the Cherokee Nation in the world.”

As The Guardian reported, the Cherokee are only the second native peoples to deposit seeds into the vault. Their deposit follows the banking of 750 potato seeds from an indigenous Andean community.

The invitation to bank seeds in the Arctic stemmed from the Cherokee Nation’s own seed-saving program, which distributes packs of heirloom seeds to tribe members. Just last week, the Cherokee Nation Heirloom Garden and Native Plant Site started its annual distribution of seeds to any Cherokee citizen who requested them. Last year, it sent out nearly 10,000 packs of seeds, according to Food and Wine. The program has been running since 2006 and growing steadily.

“It’s important that we continue to distribute these seeds every year,” Feather Smith, a cultural biologist for the Cherokee Nation, told the Cherokee Phoenix, as Food and Wine reported. “These plants represent centuries of Cherokee cultural and agricultural history. They provide an opportunity for Cherokees to continue the traditions of our ancestors and elders, as well as educate our youth in Cherokee culture.”

The Svalbard Global Seed Vault inspired the Cherokee seed bank. It has become a means to both save heirloom seeds and to also preserve Cherokee culture, Pat Gwin, senior director of environmental resources for the Cherokee Nation, said to NPR.

The NPR story caught the attention of Luigi Guarino, director of science for the Global Crop Diversity Trust, who contacted Gwin about having the tribe’s seeds in the Global Seed Vault, according to CNN.

“The Cherokee Nation Seed Bank has always hoped to be able to deposit our traditional food crops into Svalbard one day,” Feather Smith, Cherokee Nation cultural biologist, said to Anadisgoi.

“This is a tremendous opportunity and honor for the tribe,” Gwin said in a statement, as CNN reported. “Additionally, knowing the Cherokee Nation’s seeds will be forever protected and available to us, and us only, is a quite valuable thing indeed.”