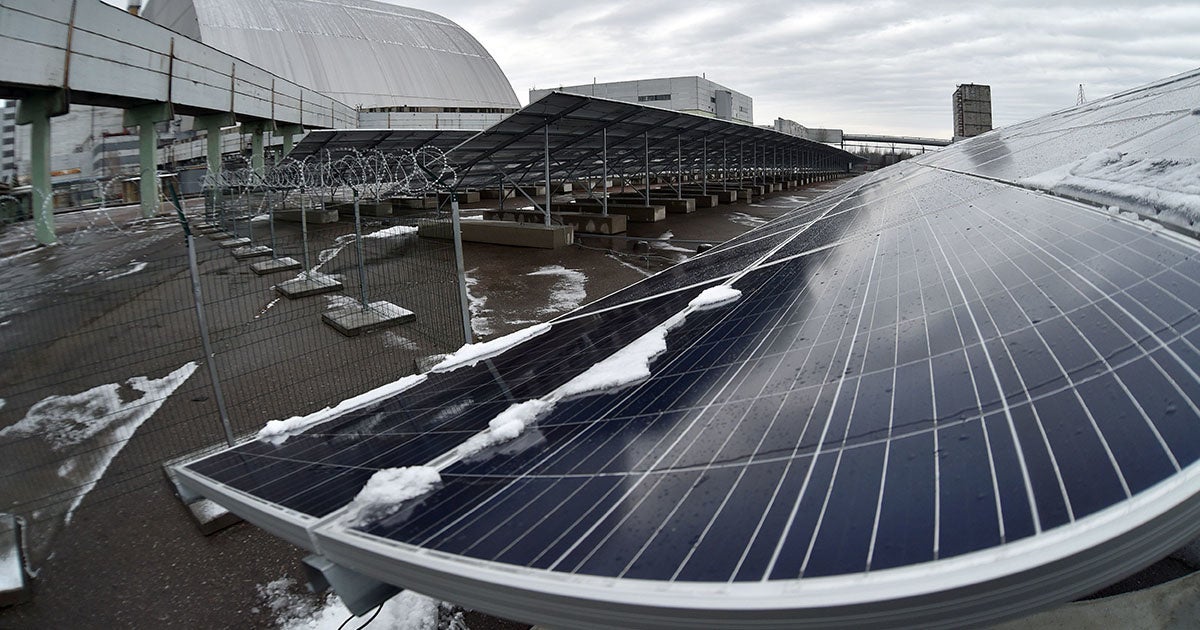 A site once a symbol of one type of apocalypse is now helping to stave off another.

Ukraine opened a solar plant on Friday in Chernobyl, a little more than 100 yards from the power plant that caused the world’s worst nuclear disaster in 1986, AFP reported.

“Today we are connecting the station to the power system of Ukraine,” Ukrainian-German company Solar Chernobyl head Yevgen Varyagin said at the opening ceremony.

The site of the Chernobyl disaster, which killed thousands and forced hundreds of thousands to evacuate, is surprisingly ideal for renewable energy. The 1,000 square miles surrounding the plant won’t be safe for humans for 24,000 years, but the site is already connected to the power grid, Fortune pointed out.

“It’s not just another solar power plant,” Varyagin told reporters, according to Reuters. “It’s really hard to underestimate the symbolism of this particular project.”

The undamaged Chernobyl power plants generated energy until 2000, when they were shut down. It looked as though the site’s days as an energy source were over.

“But now we are seeing a new sprout, still small, weak, producing power on this site and this is very joyful,” head of the Chernobyl nuclear plant Valery Seyda said, according to Reuters.

Ukraine, which is looking to diversify its energy portfolio as it stops buying natural gas from Russia, had offered good prices for around 6,000 acres of land and will buy the energy at 50 percent above the average EU prize, AFP reported.

The current plant cost $1.2 million to build and generates one megawatt of power on four acres of land, enough to run about 2,000 homes, Fortune reported. However, the end goal is to construct 100 megawatts worth of solar farms.

The Ukraine had previously built two solar farms in the Crimea that had a capacity of 82 and 100 megawatts, but they were annexed by Russia along with the rest of the Crimea. The Ukraine still sources coal and nuclear fuel from Russia, but has nearly 600 megawatts of its own renewable energy as of 2018.

It added more than 500 megawatts of renewable power since January, twice as much as the country added in 2017, and Yulia Kovaliv, head of the Office of the National Investment Council of Ukraine, told Reuters that investors were racing to take advantage of a renewable energy subsidy before the Ukrainian parliament votes on potentially ending it in July 2019.