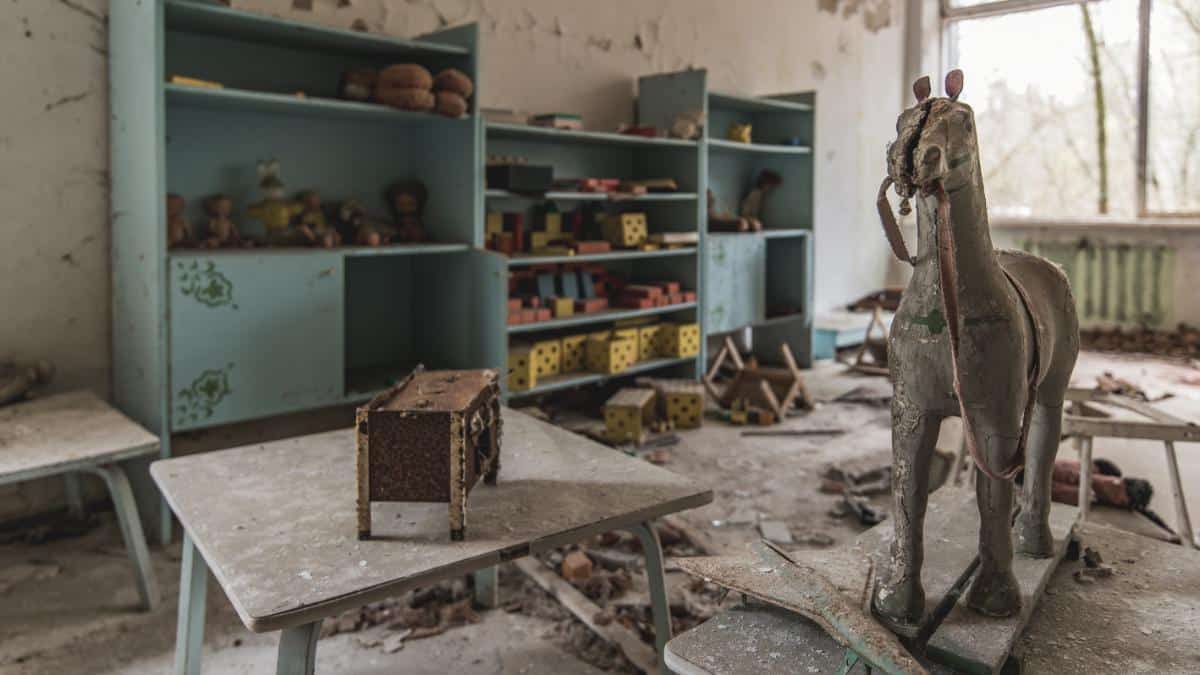 Three-and-a-half decades after the world’s worst nuclear disaster, Ukrainian officials are transforming the deserted Chernobyl exclusion zone into a monument that educates and warns tourists about the consequences of human error.

On the night of April 26, 1986, reactor No. 4 at the Chernobyl Nuclear Power Plant exploded and caught fire, sending radioactive material into the air just 65 miles north of the capital city of Kyiv. Despite the health risks of the explosion, Soviet leaders attempted to keep the accident quiet, according to the AP.

The explosion’s radiation killed 31 plant workers and firemen in the immediate aftermath, and later killed thousands more due to radiation-related illnesses, such as cancer, The Guardian reported. Eventually, tens of thousands of residents were evacuated from the surrounding areas.

“This is a place of tragedy and memory, but it is also a place where you can see how a person can overcome the consequences of a global catastrophe,” said Bohdan Borukhovskyi, Ukraine’s deputy environment minister, according to the AP. “We want a new narrative to appear — it was not a zone of exclusion, but a zone of development and revival.”

Ukrainian officials are hoping to classify Chernobyl as a UNESCO World Heritage site as part of the plan to transform Chernobyl’s grim narrative. “We believe that putting Chernobyl on the UNESCO heritage list is a first and important step towards having this great place as a unique destination of interest for the whole of mankind,” said Oleksandr Tkachenko, Ukraine culture minister, according to The Guardian. “The importance of the Chernobyl zone lays far beyond Ukraine’s borders… It is not only about commemoration, but also history and people’s rights,” he added.

Officials have taken initial steps toward making the site a monument in hopes of attracting more tourists and funding, the AP reported.

Other initiatives include using part of Chernobyl’s exclusion zone as a storage ground for the country’s nuclear waste for the next 100 years. Currently, Ukraine transports its nuclear waste to Russia, so the new repository at Chernobyl will save the government up to 0 million a year, the AP reported.

Ukrainian officials also hope to turn Chernobyl into a tourist attraction; visitors doubled in 2019 following the release of the critically acclaimed HBO mini-series about the disaster, Euronews reported. Although pandemic restrictions halted travel in 2020, officials hope the site will eventually earn more money for future restoration.

“Our tourism is unique; it is not a classic concept of tourism,” said Borukhovskyi, according to Euronews. “This is an area of meditation and reflection, an area where you can see the impact of human error, but [where] you can also see the human heroism that corrects it.”

Today, visiting certain parts of the exclusion zone with an experienced guide is relatively safe thanks to low levels of radiation. Despite higher levels of radiation in other areas, the zone is thriving with bears, bison, wolves, lynx and dozens of bird species, the AP reported. Biologists also use the site to study how animals adapt to radiation, finding that they’re surprisingly resistant to exposure.

Gaining the title of a UNESCO World Heritage site could mean additional protection and more visitors for Chernobyl, but Tkachenko warns that, “Chernobyl should not become a wild playground for adventure hunters,” according to the AP. “People should leave the exclusion zone with the awareness of the historical memory of this place and its importance for all mankind.”

Update: The headline was updated from “Nuclear Explosion” to “Nuclear Disaster” as the latter is more accurate.