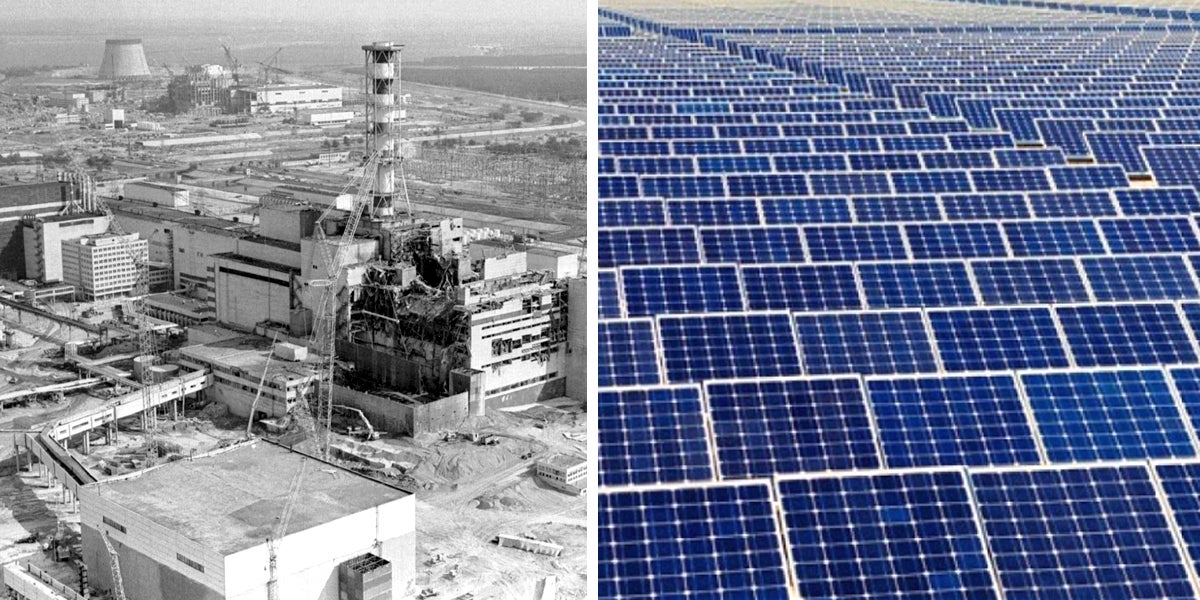 Three decades after the worst nuclear power plant catastrophe in history, a site in
Chernobyl is being reimagined as a solar energy farm—one that would be the world’s largest once built. 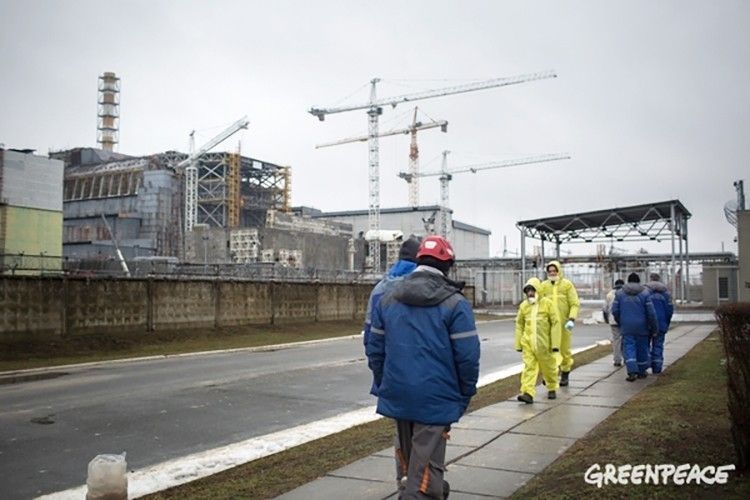 Thirty years after the nuclear disaster Greenpeace revisits the site and the Unit 4 with the New Safe Confinement (NSC or New Shelter). Denis Sinyakov / Greenpeace

The 1986 meltdown, which released radiation at least 100 times more powerful than the radiation released by the atom bombs dropped on Nagasaki and Hiroshima, rendered roughly 2,600 square kilometers of the area unsuitable for habitation. Greenpeace found that animals living within the exclusion zone have higher mortality rates, increased genetic mutations and decreased birth rate.

But in a twist of poetic justice, the Ukrainian government has expressed ambitions to turn 6,000 hectares within Chernobyl’s “exclusion zone” into a renewable energy hub. The proposed plant would generate 1-gigawatt of solar power and 400-megawatts of biogas per year, the Guardian reported. The country is pushing for a six-month construction cycle.

According to
PV-Tech, ecology minister Ostap Semerak has visited the European Bank for Reconstruction and Development (EBRD) with the plan. The proposal has since been issued to investment firms in the U.S., Canada and the UK. If it gets the green light, the renewable energy farm will generate about a third of the electricity that the former nuclear plant generated when it was running.

“The Chernobyl site has really good potential for renewable energy,” Semerak
said during an interview in London. “We already have high-voltage transmission lines that were previously used for the nuclear stations, the land is very cheap and we have many people trained to work at power plants. We have normal European priorities, which means having the best standards with the environment and clean energy ambitions.” 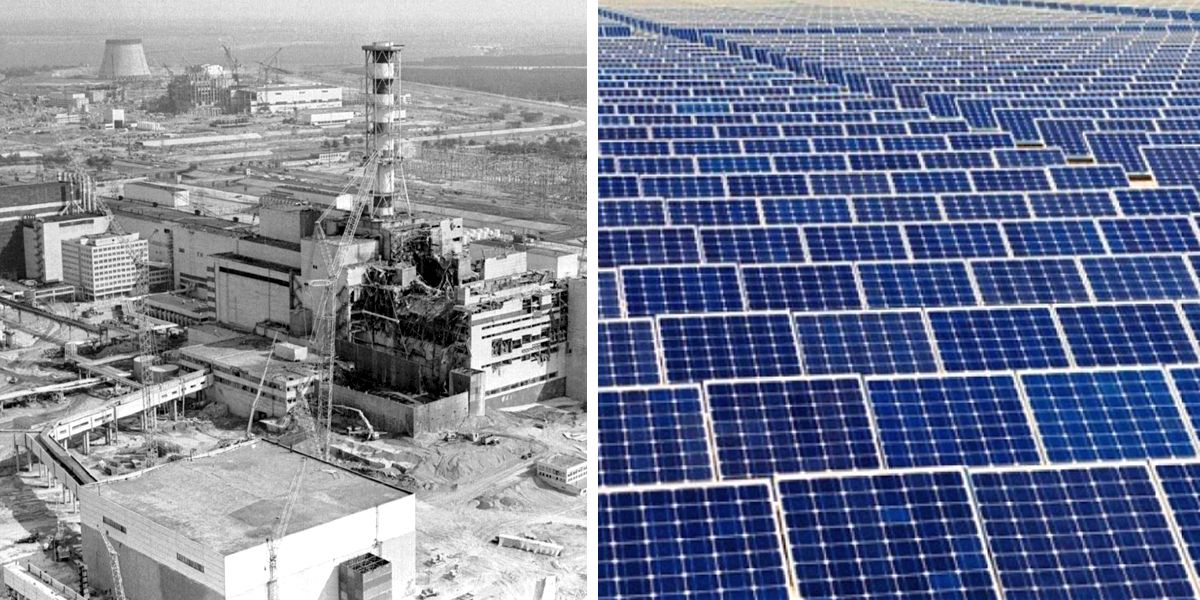 Three decades after the worst nuclear power plant catastrophe in history, a site in Chernobyl is being reimagined as a solar energy farm—one that would be the

Semerak said that two U.S. investment firms and four Canadian energy companies have already expressed interest in the Chernobyl’s solar potential, the Guardian reported. The project is
estimated to cost between $1 and $1.5 billion.

“The EBRD may consider participating in the project so long as there are viable investment proposals and all other environmental matters and risks can be addressed to the bank’s satisfaction,” an EBRD representative said.

However “nothing is imminent,” the spokesperson added. “We are keeping an open mind. But it’s important not to read too much into it at this stage.”

“The Ukraine has indicated it will open the exclusion zone, and we welcome that. Renewables are one of our priorities, and as soon and as long as they secure investment then we will discuss the project and provide co-financing,” the bank rep said.

The renewable energy project isn’t just good news for the environment, it will provide Ukraine some energy independence, as the country currently gets the bulk of its natural gas from Russia,
Business Insider pointed out.

If construction is approved, Chernobyl’s solar farm will hold the title of “World’s Largest Solar Plant” before Dubai’s massive concentrated solar plant
catches up to it.

The under-construction Mohammed bin Rashid Al Maktoum Solar Park in Dubai will produce 1 gigawatt of electricity by 2020 with ambitious expansion plans of 5 gigawatts by 2030.