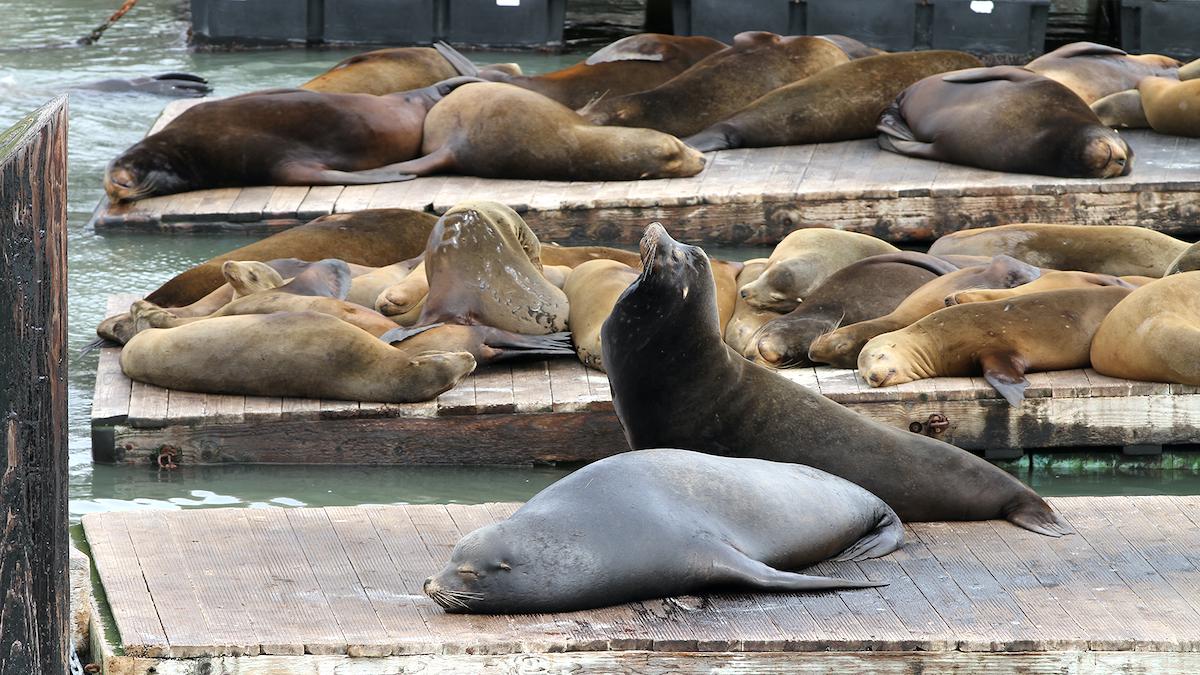 California sea lions (Zalophus californianus) have one of the highest rates of cancer of all mammals, and scientists have long wondered why.

The answer, published in Frontiers in Marine Science in December 2020, is complex. But a key component is exposure to toxic chemicals, from when the California coast was an industrial dumping ground.

“It is extraordinary, the level of pollutants in these animals in California. It is a big factor in why we’re seeing this level of cancer,” study coauthor and Marine Mammal Center pathologist Dr. Pádraig Duignan told the Los Angeles Times.

In the past 40 years, 18 to 23 percent of the sea lions treated at the Marine Mammal Center hospital in Sausalito, California died of a particular type of cancer, the center wrote in a press release. This is unusual, as wild mammals tend not to develop this disease. In fact, the California sea lions have the highest rate of a single type of cancer of any mammal, including humans.

This shocked study lead author Frances Gulland when she first started to work at the Marine Mammal Center 26 years ago.

“Wildlife should not be getting cancer like this, that’s crazy!” Gulland told the Los Angeles Times. “How can that be?”

But the 250,000 or so California sea lions breed on islands off the Central California coast, the study authors noted. This is the same area that saw dumping of DDT in the 1960s, and pollution from industrialization and urbanization in the following decades. Industrial trash, radioactive material and waste from oil refineries was also dumped into the ocean, the Los Angeles Times reported.

“With all the dumping since the Second World War, right up to the 1970s, that’s a lot of stuff out there,” Duignan told the Los Angeles Times. “These legacy chemicals haven’t broken down anything appreciable in intervening years, and nobody knows if they ever will. This is something that they’re going to have to be exposed to for who knows how long.”

To find out if the chemical dumping was to blame for the cancer, researchers examined 394 dead sea lions over a more than 20-year period. They found that the sea lions were infected with a herpes virus that was partly responsible for triggering the cancer. At the same time, the sea lions with higher concentrations of DDT, PCBs and other toxic chemicals in their blubber were more likely to see the cancer spread.

What’s more, the sea lions in the study had some of the highest concentrations of organic pollutants in their blubber of any marine mammal, the press release noted.

The results show the dangers that toxins can pose to wildlife long after they are phased out of use. They also have troubling implications for human health.

“Even though some of the pollutants we’re finding in the blubber have been out of use for years, these cancer-causing elements remain in the environment for a very long time and wreak havoc on opportunistic coastal feeders like sea lions,” Duignan said in the press release. “It concerns me knowing that we consume very similar seafood as these cancer victims and that the ocean is raising a loud and clear alarm in the sick bodies of a sentinel species.”

“While there is more to be learned about the complex factors that play into the development of this disease, what we learn from these animals contributes to research that underpins the threat to human health from pollutants in the ocean,” she said in the press release.