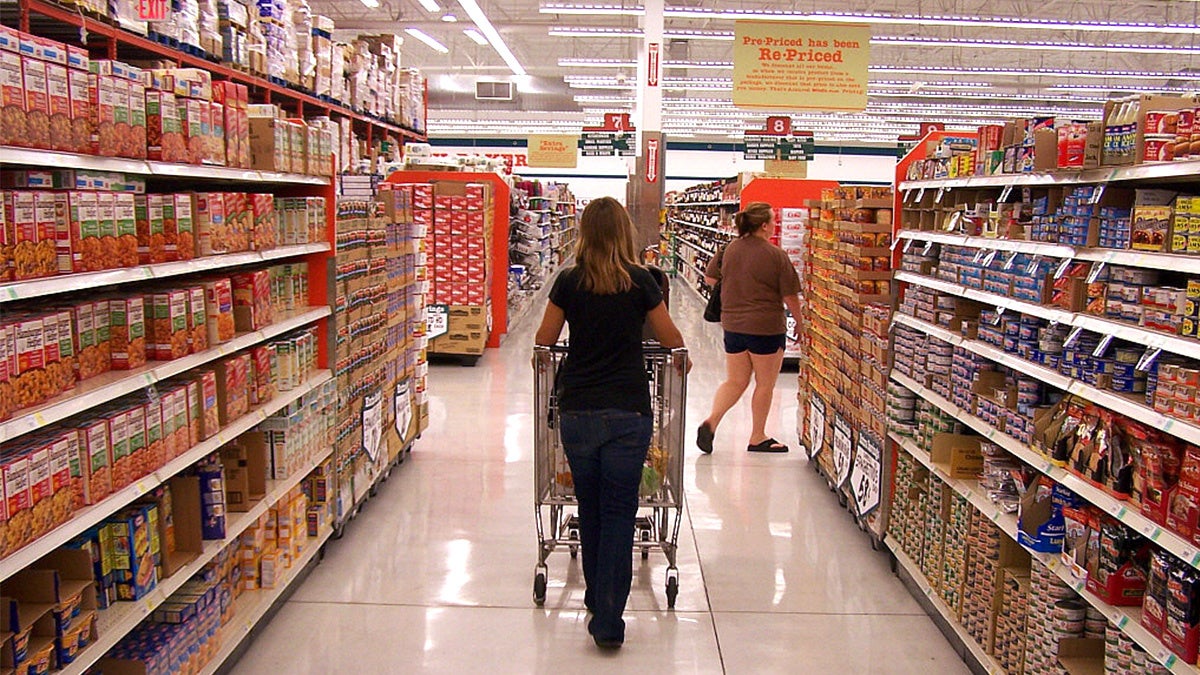 We shouldn't have to be toxicologists to be able to grab something at the grocery store that doesn't contain dangerous ingredients. Daniel Orth / Flickr

A major but largely glossed over report by the Environmental Working Group (EWG), an environmental and public health nonprofit based in Washington, DC, shows that thousands of untested chemicals (an estimated 2,000, to be exact) are found in conventional packaged foods purchasable in U.S. supermarkets. And yes, all of them are legal.

The extensive collection of permissible additives includes several known or suspected carcinogens, such as synthetic sodium nitrate, found in processed meats and considered probably carcinogenic by the World Health Organization, and butylated hydroxyanisole, also known as BHA, a chemical listed as a cancer-causing chemical by the state of California and found in commonplace items like frozen pepperoni pizza. Other unappealing chemicals are commonly found in our food packaging, such as polypropylene, sulfuric acid and bisphenol A — all of which can have impacts on human health and the environment.

How much should consumers panic before their next supermarket trip? “It really depends on what level of risk consumers are comfortable with,” said Dawn Undurraga, a nutritionist at EWG and co-author of the study. “The more we learn about what is in conventional foods, the more evidence for concern we accumulate.” Independent laboratory tests commissioned by EWG, for example, found glyphosate, a probable carcinogen, in every sample of conventional oats tested.

The fact that dangerous chemicals are legal for use in our food is a major public health concern that goes largely unrecognized by the U.S. government. “Unfortunately, our current policy on food additives was written in 1958 and has been completely co-opted by food and chemical companies,” Undurraga said. “Additives that are deemed ‘Generally Recognized as Safe,’ or GRAS, by a food or chemical company or trade association are exempt from the food additive petition process where the U.S. Food and Drug Administration (FDA) reviews the safety of the additive.”

Originally, this GRAS exemption was created to cover ingredients widely known to be safe, like vinegar, but with advancements in food science, the provision has been applied to thousands of chemicals. As a result, questionable substances have been allowed into a host of conventional foods. In 2017, EWG joined several other public health groups to file a lawsuit against the FDA in an effort to eliminate the GRAS loophole.

“Rather than close the loophole, the FDA has instead allowed companies to voluntarily notify the agency about food chemicals and to allow companies to summarize the industry science supporting their conclusions,” reads the EWG study, elucidating that many scientists who conduct these reviews have been paid by the industry. Plus, the FDA does not subsequently review underlying biological and chemical data, leaving consumers to literally do the dirty work. The FDA did not respond to Truthout’s request for comment. 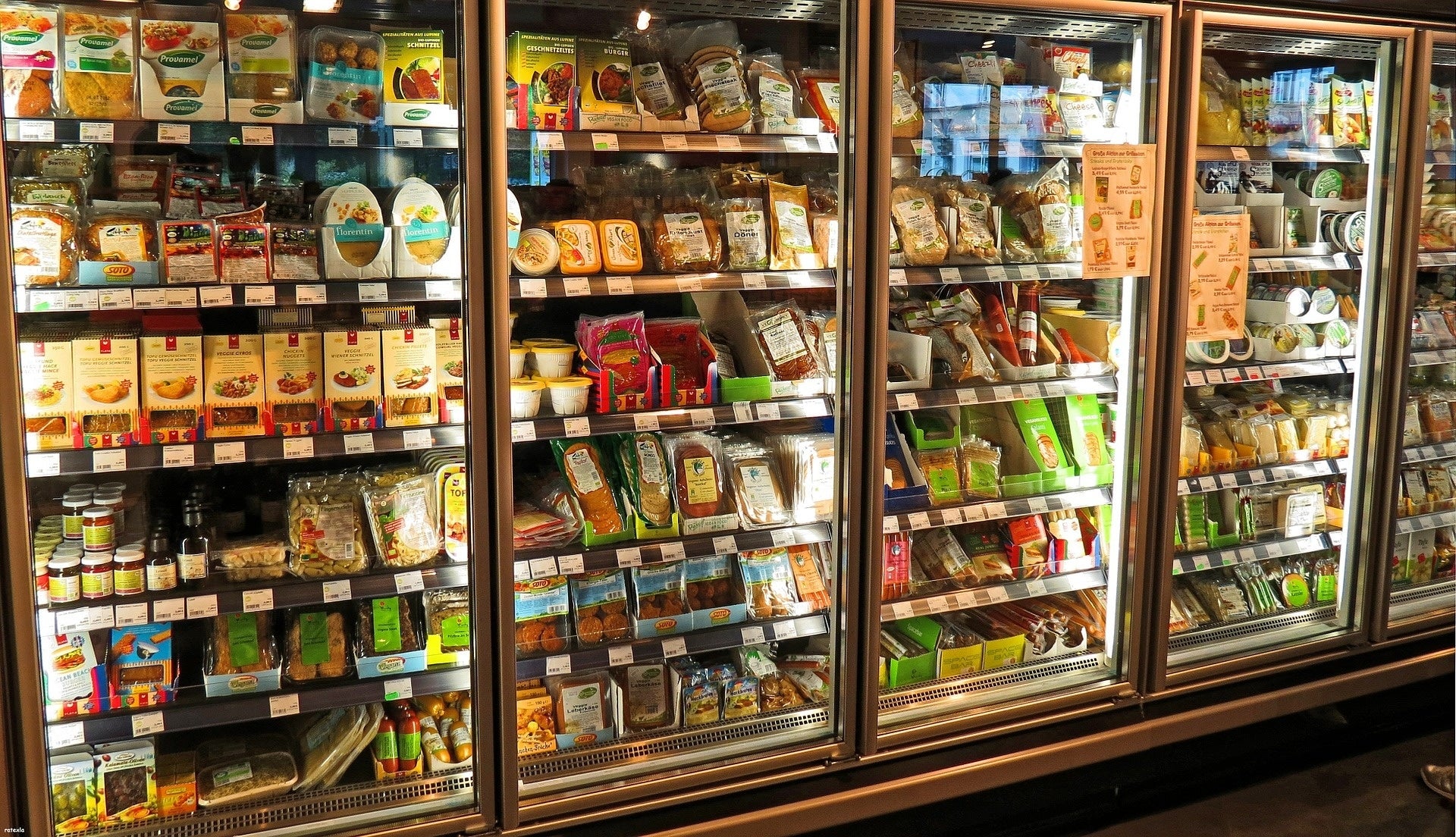 “Consumers shouldn’t have to be toxicologists to be able to grab something at the grocery store that doesn’t contain questionable or dangerous ingredients,” Undurraga said. Even so, toxicology literacy won’t help in the frozen food aisle. According to Undurraga, there are absolutely no defining signs on food packaging to indicate that any of the 2,000 synthetic chemicals approved for use in food are present in that specific item.

In fact, the only way to minimize exposure to these chemicals is to purchase certified organic packaged foods and look at EWG’s Food Scores, which measure nutrition, ingredient and processing concerns in more than 80,000 common foods, from frozen vegetables and baby food to packaged nuts, berries and grains across hundreds of popular brands; and EWG’s Dirty Dozen List of Food Additives, which ranks the worst food additives common in U.S. supermarket food and where you’ll likely encounter them, like potassium bromate in packaged loaves of bread and propylparaben in packaged tortillas and muffins.

If additives don’t have you worried enough about what we’re legally permitted to consume, know that pesticides, found to be carcinogenic and also severely damaging to the environment, are still more than prevalent alongside the packaged food chemicals at your grocery store. Every year, EWG reviews the U.S. Department of Agriculture’s pesticide residue tests on conventional produce.

Sure, organic packaged food and organic produce are typically more expensive than their conventional counterparts, but you’re paying for more rigorous additive standards and investing in your long-term health and the health of the environment. Currently, fewer than 40 synthetic ingredients are permitted in organic packaged foods — and this is only after each chemical has been reviewed by both independent and government experts. And yet only around 3 percent of packaged food sold in the U.S. is organic. Perhaps this is because people who shop organic are not interested in pre-packaged meals. More likely, it’s because the dangers of conventional packaged food are not well-known.

Those who want to plan their supermarket trips with a budget in mind can look to EWG’s shopper’s guide to know what to prioritize in their carts. Beyond opting for organic packaged goods when going the pre-made route, consumers can elect to buy organic versions of fruits and vegetables whose conventional counterparts have made EWG’s “Dirty Dozen” list, which calls out those conventionally grown items found with the most pesticide residue: strawberries, spinach, kale, nectarines, apples, grapes, peaches, cherries, pears, tomatoes, celery and potatoes.

Though it’s unlikely Americans are going to stop buying conventional packaged food in the near future (or ever), pressure on the government to make packaged food actually safe to eat is necessary to enact change. And with so little information readily available about what we’re actually eating when these chemicals aren’t disclosed, keeping up with research by independent groups like the EWG remains imperative to educate consumers.

Combining their research and policy platform, EWG has launched a petition to encourage food companies like General Mills, Quaker and Kellogg’s to remove cancer-linked glyphosate from our food. And that’s just the beginning. Other consumer safety advocates, including the Environmental Defense Fund and the Center for Food Safety, both represented by Earthjustice, have challenged the FDA’s GRAS interpretation in court earlier this year.

Ignorance may bring peace of mind to grocery shoppers, but as more information about the hazards in our daily food purchases comes to light, it’s likely we’ll see more consumer pushback against dangerous practices that have become the norm.

Melissa Kravitz Hoeffner is a writer based in New York. She is a writing fellow at Earth | Food | Life, a project of the Independent Media Institute. She’s written for Bon Appetit, Food & Wine, Travel & Leisure, Conde Nast Traveler, Glamour, AlterNet, Cosmopolitan, Teen Vogue, Architectural Digest, Them and other publications. She holds a bachelor’s degree in creative writing from Columbia University and is also at work on a forthcoming novel. Follow her on Twitter: @melissabethk.