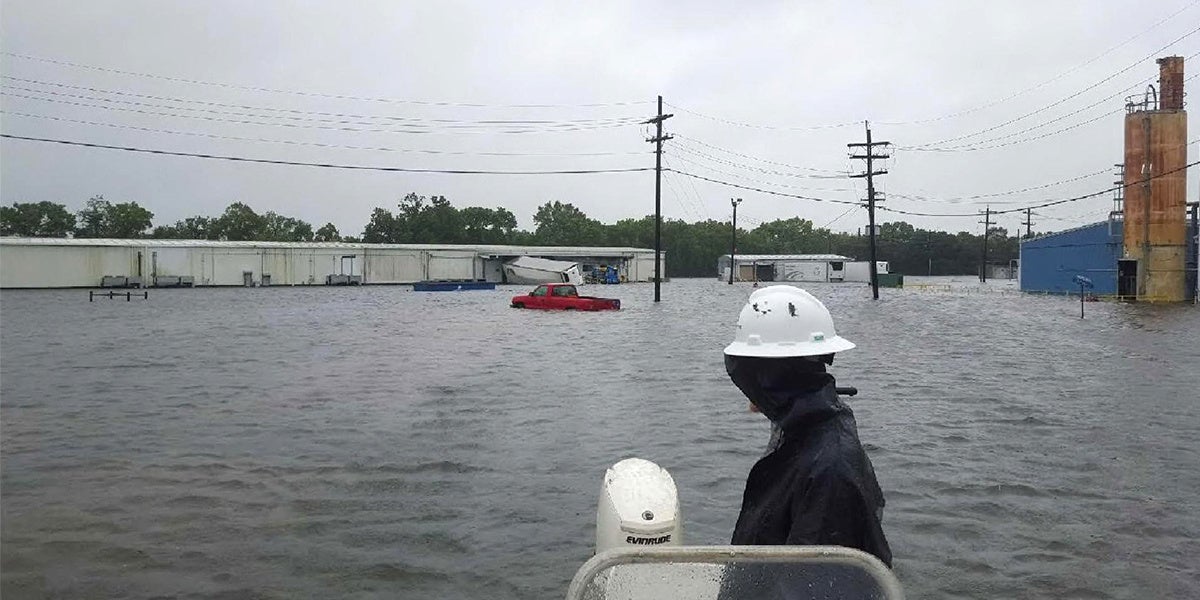 "While roads around our plant are impassable, our ride-out crew has two boats that could be used to carry the crew out of the site," said a spokesperson for Arkema on Aug. 29, 2017 after Hurricane Harvey. EPA

A Houston chemical plant company did not properly prepare for hurricane season, resulting in a toxic accident during Hurricane Harvey last year, federal regulators have found.

The U.S. Chemical Safety and Hazard Investigation Board on Thursday released an extensive investigation into the flooding-induced chemical fires at the Arkema plant in Crosby, Texas, finding that while the company’s insurers flagged the high potential for flooding a year before Harvey, plant employees were unaware of the risk.

The investigation also found that plant officials based flooding preparation plans on memories of long-term employees rather than more sophisticated estimates, faulted “limited industry guidance” on flooding, and concluded that other plants in the area may be similarly ill-prepared. “Considering that extreme weather events are likely to increase in number and severity, the chemical industry must be prepared for worst case scenarios at their facilities,” CSB Chairperson Vanessa Allen Sutherland said in a statement.

As reported by the Houston Chronicle:

“Arkema had multiple freezer buildings, six backup generators, and, as a last resort, refrigerated trucks. But the company didn’t consider flooding a “credible risk,” the report states, confirming previous reporting by the Chronicle.

Officials thought this despite a 2016 report from its insurer, Factory Mutual Insurance Co. (FM Global), stating that the facility was at risk for flooding and parts of it sat in both the 100-year and 500-year flood plains, the report states. FM Global was not Arkema’s insurer during Hurricane Harvey.

The board found that Arkema was relying on longtime employee memory of flooding levels. The company’s Crosby facility has a 40-year history of flooding, but employees could not remember a time when the plant received more than two-feet of water.

‘A lot of people there had been there for 20, 30, 40 years and seen predictive rainfalls of similar amounts and they thought, with what was predicted, they’d be fine,’ said Mark Wingard, the board’s lead investigator.

That method, he added, is insufficient.”