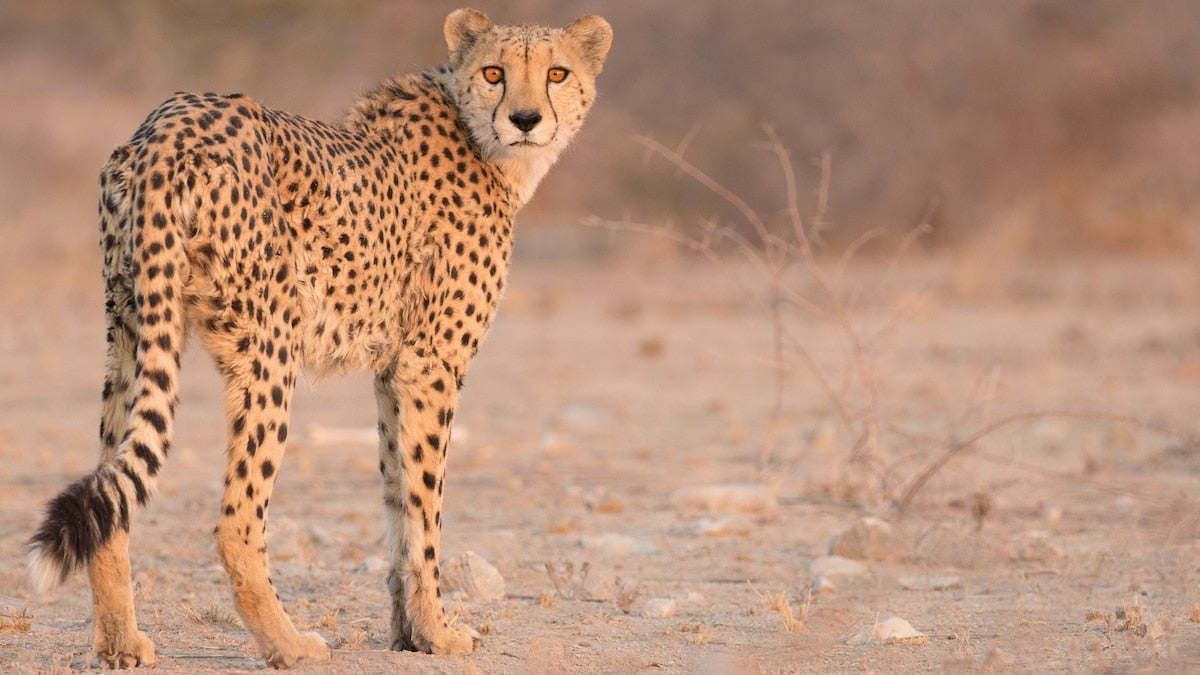 A metapopulation project in South Africa has almost doubled the population of cheetahs in less than nine years. Ken Blum / Wikimedia Commons / CC by 3.0

South Africa is home to around 1,300 of the world’s roughly 7,100 remaining cheetahs. It’s also the only country in the world with significant cheetah population growth, thanks largely to a nongovernmental conservation project that depends on careful and intensive human management of small, fenced-in cheetah populations. Because most of the reserves are privately funded and properly fenced, the animals benefit from higher levels of security than in the increasingly thinly funded state reserves.

Initiated by the Endangered Wildlife Trust nearly a decade ago, the Cheetah Metapopulation Project recognizes that small cheetah populations may be physically secure in several small reserves, but the likelihood of inbreeding remains high if they are kept separated behind fences. By swapping animals between participating reserves, the trust helps private and state wildlife custodians manage overpopulation and underpopulation on their land and also identify new areas of suitable cheetah habitat. Most importantly, swapping animals reduces the risk of inbreeding among closely related animals.

Vincent van der Merwe, coordinator of the trust’s metapopulation initiative, says that when the project began in 2011, there were 217 cheetahs scattered between 41 reserves. Now there are 419 spread across 60 reserves — more than a third of South Africa’s total cheetah population. 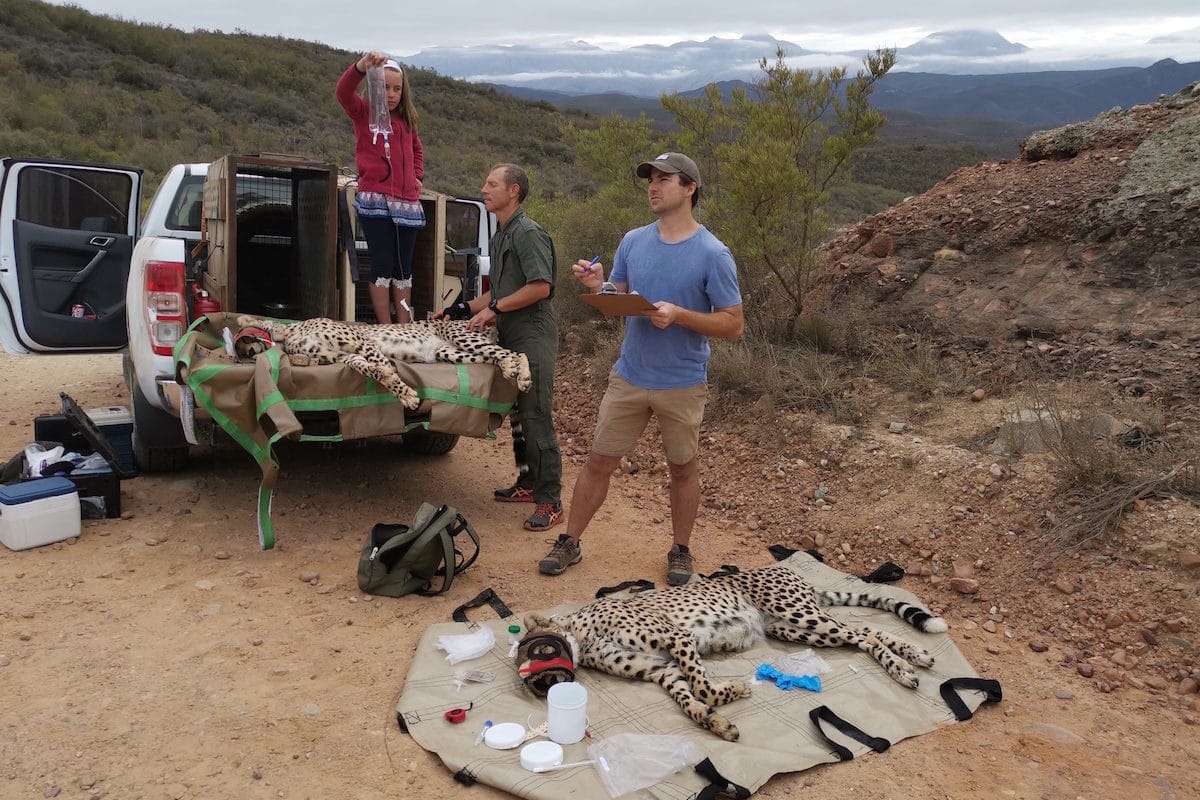 Cheetah populations elsewhere in Southern Africa have not prospered over the past 50 years. In Zimbabwe, cheetah numbers have crashed from 1,500 in 1975, to just 170 today. Botswana’s cheetah population has held steady at around 1,500 over the same period, but illegal capture for captive breeding and conflicts with farmers and the growing human population are increasing. In Namibia, there were an estimated 3,000 cheetah in in 1975; roughly 1,400 remain today.

In contrast, South Africa’s cheetah numbers have grown from about 500 in 1975 to nearly 1,300 today. Van der Merwe, who is also a Ph.D. student at the University of Cape Town’s Institute for Communities and Wildlife in Africa (iCWild), says he’s confident that South Africa will soon overtake Namibia and Botswana, largely because the majority of South African cheetahs are protected and managed behind fences, whereas most of the animals in the neighboring countries remain more vulnerable on mainly unfenced lands.

Wildlife researchers Florian Weise and colleagues have reported that private stock owners in Namibia still trap cheetahs mainly for translocation, but there are few public or private reserves large enough to contain them. Weise says that conservation efforts need to focus on improving tolerance toward cheetahs in commercial livestock and game farming areas to reduce indiscriminate trapping.

Van der Merwe says fences can be both a blessing and a curse. While these barriers prevent cheetahs and other wild animals from migrating naturally to breed and feed, they also protect cheetahs from the growing tide of threats from humanity and agriculture.

To simulate natural dispersion patterns that guard against inbreeding, the trust helps landowners swap their animals with other cheetah reserves elsewhere in the country. The South African metapopulation project has been so successful in boosting numbers that the trust is having to look beyond national boundaries to secure new translocation areas in Malawi, Zambia and Mozambique.

Cheetah translocations have been going on in South Africa since the mid-1960s, when the first unsuccessful attempts were made to move scores of these animals from Namibia. These relocations were mostly unsuccessful.

“Most of those early attempts were a flop because the cheetahs were not kept in bomas before release and some of the reserves were also poorly fenced — so the cats shot out almost as soon as they were released,” van der Merwe said.

Translocated cheetahs are now generally confined to capture bomas, small fenced enclosures, for four to six weeks to allow them to acclimate to their new home environment prior to being set free.

“We have found that four weeks is normally long enough to break the homing instinct and if you keep them in a boma for longer than that, they tend to lose fitness and condition,” van der Merwe said.

“We have found that when we capture and translocate cheetahs to other reserves, the Phinda cats do very well elsewhere because they grew up in a challenging environment,” van der Merwe said. “Because they have to share space with lion, hyena and leopard they have learned to look after themselves — so they are pretty tough animals.”

Charli de Vos, a wildlife monitor at Phinda, says when new cheetahs are released into the reserve in small units, at least one animal is fitted with a VHF tracking collar.

For the first few weeks, she says, the animals’ movements are tracked on a daily basis to ensure that they are not showing “homing” tendencies and that they are also getting used to the presence of tourist and staff vehicles.

“This will apply until the animals have relaxed within their new environment. Once the animals have established a home range within the reserve (approximately three months after release), the VHF collar will be removed. Thereafter the research and monitoring team will try and get a visual of each individual cheetah at least once every second week,” de Vos said.

The reserve also has an online database to record sightings of the animals, with tourist guides, researchers, land managers and land owners able to add sightings.

Despite a cub mortality rate of between 50% and 80% on some reserves, van der Merwe says there are now about 90 cheetahs in the Zululand area. He says cub mortality rates vary according to the number of larger predators such as lions and hyenas. 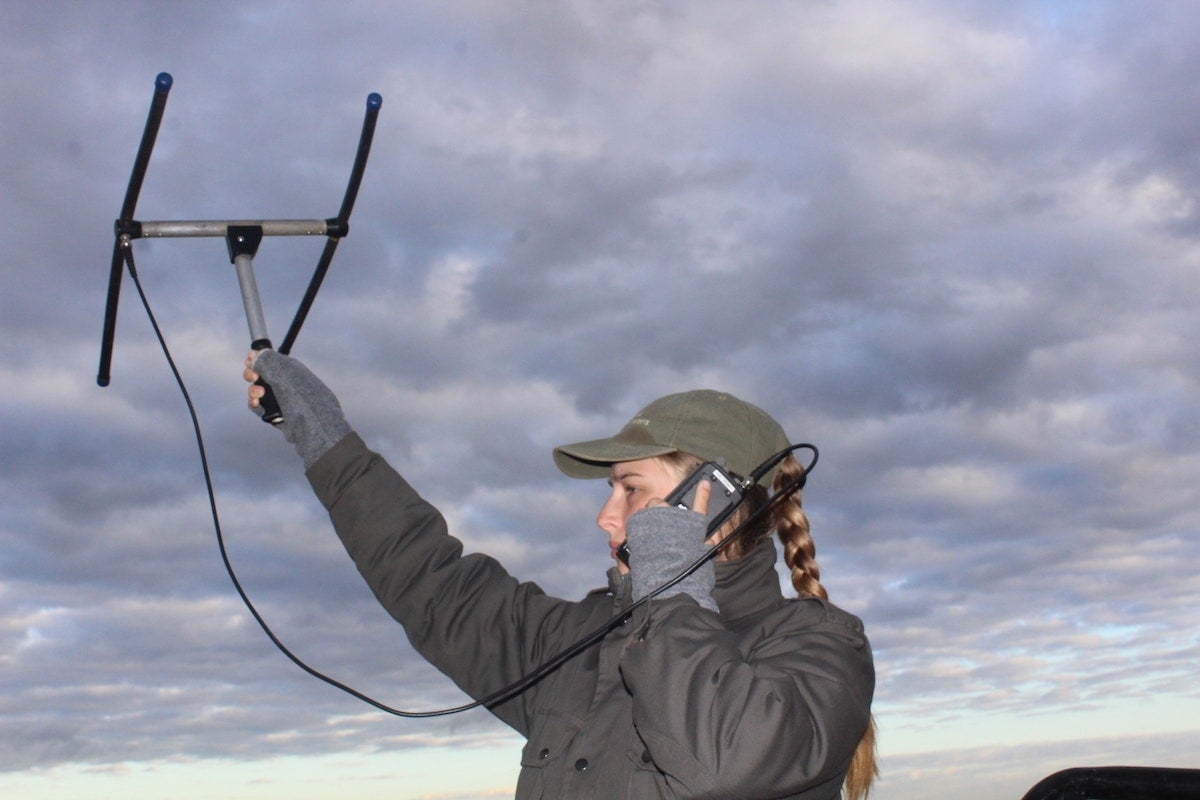 Swinging for the Fences

Gus Mills, a senior carnivore researcher retired in 2006 from SANParks, the agency that manages South Africa’s national parks, after a career of more than 30 years in Kalahari and Kruger national parks. He says the focus should be on quality of living spaces rather than the quantity of cheetahs.

Mills, who was the founder of the Endangered Wildlife Trust’s Carnivore Conservation Group in 1995, and who also spent six years after retirement studying cheetahs in the Kalahari, says it’s more important to properly protect and, where possible, expand the size of existing protected areas.

He also advocates a triage approach to cheetah conservation, in which scarce funds and resources are focused on protecting cheetahs in formally protected areas, rather than diluting scarce resources in an attempt to try and save every single remaining cheetah population.

“People have an obsession with numbers. But I believe that it is more important to protect large landscape and habitats properly,” Mills said.

“In the long run we have to focus on consolidating formally protected areas,” he added. “Africa’s human population will double by 2050, so cheetah populations in unfenced areas will become unsustainable if they are eating people’s livestock.”

Mills, who was closely involved in a similar metapopulation project for wild dogs, said he tried to encourage landowners to pull down the boundary fences, to create larger areas of habitat.

“But there are many landowners who don’t want to do that. They want their own areas and their own management programs. But my philosophy is: Take care of the ecosystem so that the animals can take care of themselves, so that nature can run its course,” Mills said.

“Unfortunately, there are so few areas left where nature can have its say these days.”

Van der Merwe says the financial costs of metapopulation management are unavoidable and justified, noting that private reserves bear the overwhelming bulk of the translocation and monitoring costs.

“This is 2020. State funding for conservation has collapsed in most parts of Africa and the days of setting aside any new large, wild open spaces are long gone,” he said. “We should be celebrating the fact that many more private ecotourism reserves have been established on former cattle ranches in South Africa, outcompeting agriculture as a land use and creating new habitat for cheetah. The best we can do is to try and consolidate smaller private and community-owned reserves with larger national parks.”

Sarah M. Durant of the Zoological Society of London and the Wildlife Conservation Society, New York, says cheetahs remain susceptible to rapid decline and that, ultimately, conserving the remaining free-ranging populations in Botswana and Namibia will require “a paradigm shift in conservation toward a holistic approach that incentivizes protection and promotes sustainable human-wildlife coexistence across large multiple-use landscapes.”