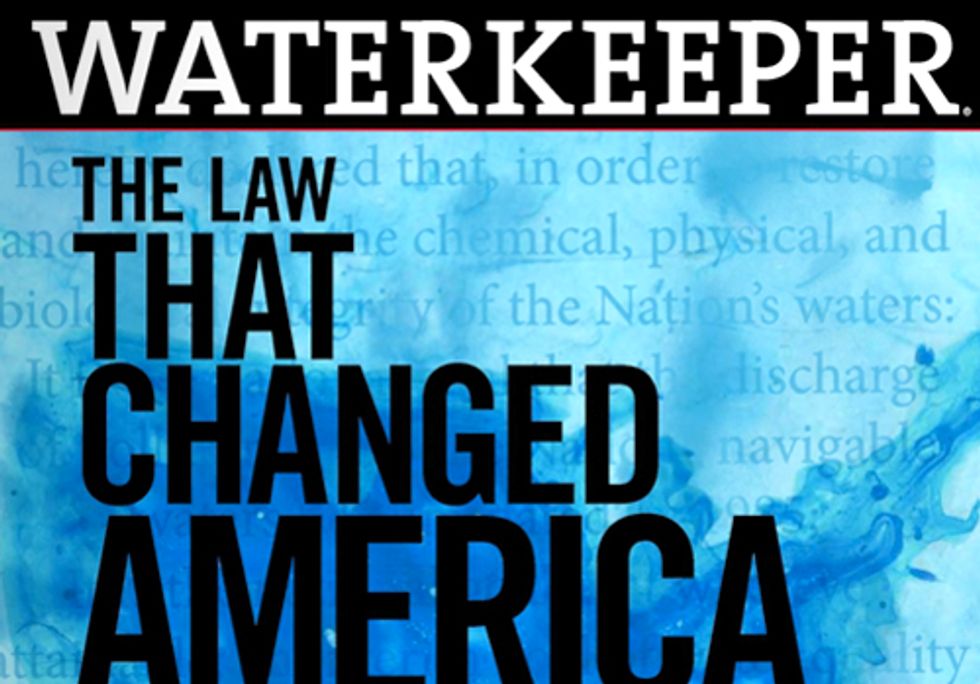 For the first time Waterkeeper Alliance has produced an interactive digital version of its magazine, filled with terrific content and other media surprises.

The summer edition is dedicated to the upcoming 40th anniversary of the Clean Water Act. Some of the articles you'll read in the summer issue include:

• The Law that Changed America Turns 40 - Over the last 40 years, the Clean Water Act has brought many of America’s rivers, lakes, bays and coastlines back from the brink of disaster—in large part because nearly 125 U.S. Waterkeeper organizations are on the water enforcing the law. In this issue hear from five Waterkeepers who look back at major legal victories they have won or look forward to winning thanks to the Clean Water Act.

• Is that the Chattahoochee River?