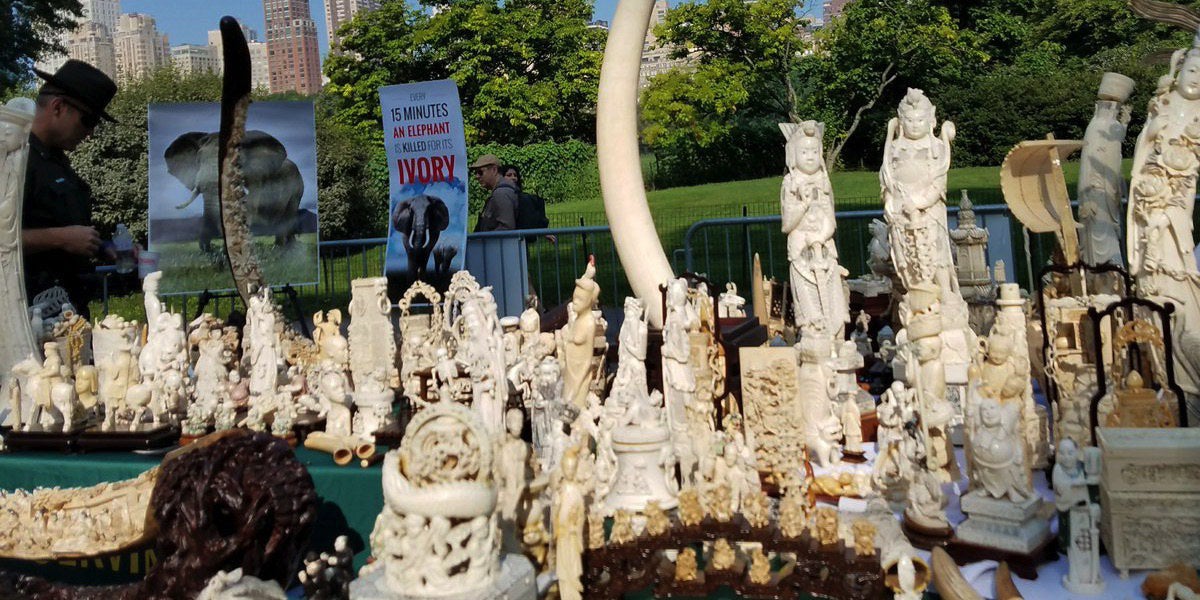 Nearly two tons of ivory was destroyed by a rock crusher in New York City’s Central Park on Thursday, marking the state’s efforts to stop the illegal ivory trade.

The statues, trinkets and jewelry represented the tusks of at least 100 slaughtered
elephants and held a reported market value of more than $8 million dollars.

“These crushes raise awareness,” John Calvelli, a spokesman for the Wildlife Conservation Society (WCS), which runs the city’s zoos, told
New York Daily News. “Crushing the ivory shows that the ivory has no value, so people can stop killing the elephants.”

We couldn't have put it any better @KristinDavis. Thank you for tirelessly campaigning to protect #elephants & their herds #ivorycrush pic.twitter.com/0bGyNyb8wR

The New York Daily News noted that there are only 400,000 African elephants left in the wild. If poaching continues at the same rate, experts predict that the species will be extinct by 2025.

The artifacts destroyed today was confiscated as a result of New York’s 2014 ivory ban law.

According to the Natural Resources Defense Council (NRDC), which helped pass the state’s ivory ban and helped organize the crush with WCS and the New York Department of Environmental Conservation, the event demonstrates a commitment to ending the global poaching crisis.

While the stockpile may be worth a lot of money, there are several important reasons to destroy these objects, as the NRDC pointed out.

“Doing so helps reduce speculation (the existence of stockpiles drives up speculation) and clearly signals to poachers and traffickers that the U.S. will not reopen its ivory market, thereby reducing their incentive to kill elephants,” the group said. “It’s also a security issue since stockpiles serve as targets for thieves, with a 2010 TRAFFIC report suggesting that almost one-third of stockpiles have been subject to theft.”