Census and Experts Confirm Death of Sprawl in U.S. 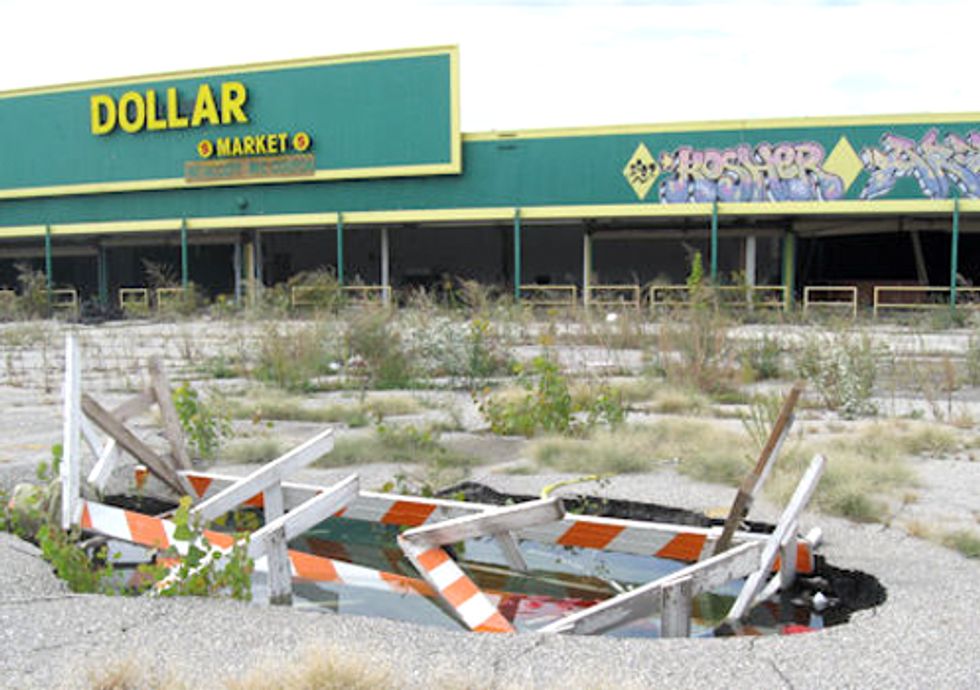 The U.S. has reached an historic moment. The exurban development explosion that defined national growth during the past two decades has come to a screeching halt, according to the latest U.S. Census figures. Only 1 of the 100 highest-growth U.S. communities of 2006—all of them in sprawled areas—reported a significant population gain in 2011, prompting Yale economist Robert Shiller to predict suburbs overall may not see growth “during our lifetimes.”

We are simultaneously witnessing the decline of the economic sectors enabled by hypergrowth development—strip malls and massive shopping centers, SUVs and McMansions. The end of exurban population growth has been accompanied by steep economic decline in real estate value, triggering a loss of spending not only in construction, but also home improvement (Home Depot, Best Buy) and numerous associated retail sectors that were banking on the long-term rising fortunes of “Boomburbs.”

The fate of these communities has been so dire that for the first time in the U.S. suburbs now have greater poverty than cities.

In 2009, I attributed the financial crash in these car-based communities to economic factors perpetrated by the higher gas prices that had first started showing impacts in late 2006 and peaked in 2008. Others including The Brookings Institution’s Christopher Leinberger and William Frey, along with NRDC’s Kaid Benfield have pointed to longer term demographic shifts and societal desires toward renting in denser mixed-use neighborhoods. The looming specter of excess greenhouse gases may also be playing a role in the marked reduction of driving among younger Americans (16-39), who increasingly prefer to live where they can walk or bike to their local store, school or café.

The “Death of Sprawl” chapter that I wrote, published by the Post Carbon Institute in 2009, (and in abridged form in the Post Carbon Reader in 2010), provided a case study on Victorville, California. Located 75 miles outside Los Angeles, Victorville’s rise and crash epitomized the hangover of the go-go sprawl era.

During the financial system’s Derivative Daze, Victorville grew from 64,000 in 2000 to more than 108,000 by 2005—no-money-down-housing developments and “liar loans” fueled speculative investments that pumped up the desert city’s average home value to almost $350,000. The large numbers of workers that moved to Victorville had to commute long hours before dawn and after dark to get to work in Los Angeles, without the benefit of local public transit. There are still few options for those who wish to walk or bicycle to stores, jobs, schools or local amenities, and the average near 100 degree summer temperatures make such endeavors foolhardy.

When gas prices began to go up in 2006, real estate sales in the region began to dry up as people ran for the exits. As the doors slammed shut, foreclosures in California’s Inland Empire (Victorville and other parts of California’s sprawling San Bernardino and Riverside counties), Las Vegas and Florida began to trigger a nationwide real estate meltdown. To stick with our illustration, Victorville houses plummeted from an average of nearly $350,000 in 2006 to $125,000 by late 2009. Likewise, new home permits in Victorville went from 7,964 in 2004-06 down to 739 in 2008-10: a drop of more than tenfold. The average home sale now brings around $110,000, less than a third of 2005-2006 prices.

Institutional investors and homebuyers alike have avoided for the past five years the nation’s scores of Victorvilles. The new data and pronouncements by experts such as Shiller, author of The S&P/Case-Shiller Home Price Index, likely put the last nails in the coffin of speculative, auto-dependant sprawl.

Recent U.S. Census data confirms that the future of the U.S. is no longer about an economy based on the false and dangerous pretenses of unfettered greenfield development, with its unhealthy and climate-destructive sprawl-scape of fast food, big box retail and freeway-bred exurbs. National policies and investments should strengthen and improve existing cities and suburbs, including transit infrastructure, building retrofitting, clean energy, walkability, bicycle networks and neighborhood redesign—all areas where quality local job and community engagement opportunities can flourish.

We’ve known for some time that planning for more sustainable metros, both cities and suburbs, makes better sense in terms of protecting local food, water and land resources, as well as in reducing pollution and carbon emissions. Now we know that such actions have been proven to make much better short-term economic sense, while acting as tangible investments for the long term.

Warren Karlenzig is president of Common Current, a global consultancy for sustainable urban planning and development.