Celebrity Endorsement of Environmental Causes: Does It Work? 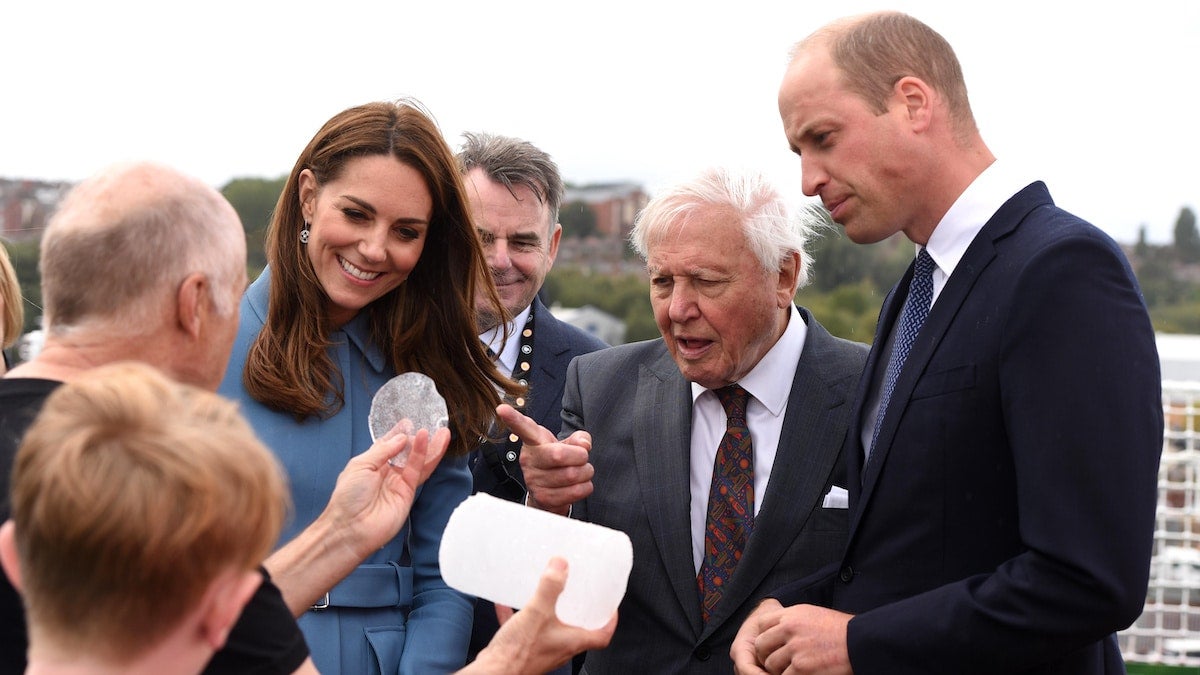 In early October, Britain’s Prince William teamed up with conservationist David Attenborough to launch the Earthshot Prize, a new award for environmentalist innovation. The Earthshot brands itself the “most prestigious global environment prize in history.”

The world-famous wildlife broadcaster and his royal sidekick appear to have played an active role in the prize’s inception, and media coverage has focused largely on them as the faces of the campaign.

“Rather than a Moonshot 🌕, we need Earthshots 🌍 for this decade.”

— The Duke and Duchess of Cambridge (@KensingtonRoyal) October 11, 2020

But the pair are only the frontmen of a much larger movement which has been in development for several years. In addition to a panel of experts who will decide on the winners, the prize’s formation took advice from the World Wildlife Fund, Greenpeace and the Jack Ma Foundation.

“We need celebrities to reach those people who we cannot reach ourselves,” says Sarah Marchildon from the United Nations Climate Change secretariat (UNFCCC) in Bonn, Germany.

Marchildon is a proponent of the use of celebrities to raise awareness of environmental causes. In addition to promoting a selection of climate ambassadors who represent the UN on sustainability issues, Marchildon’s team has produced videos with well-known narrators from the entertainment world: among them, Morgan Freeman and Mark Ruffalo.

“We choose celebrities who have a lifestyle where they are already talking about these issues,” Marchildon explains.

“Sometimes they reach out to us themselves, as David Attenborough did recently. And then they can promote the videos on their own social channels which reach more people than we do — for example, if they have 20 million followers and we have 750,000.”

Environmental groups focused on their own domestic markets are also taking this approach. One Germany-based organization that uses celebrities in campaigns is the German Zero NGO. Set up in 2019, it advocates for a climate-neutral Germany by 2035.

German Zero produced a video in March 2020 introducing the campaign with “66 celebrities” that supported the campaign, among them Deutschland 83 actor Jonas Nay and former professional footballer Andre Schürrle. They solicit support as well as financial contributions from viewers.

“Count me in,” they say, pointing toward the camera. “You too?”

“We are incredibly grateful for the VIPs in our videos,” says German Zero spokeswoman Eva-Maria McCormack.

But quantifying the effectiveness of celebrity endorsement of campaigns is not a straightforward process.

“In order to measure effectiveness, first of all you need to define what is meant by success,” says Alegria Olmedo, a researcher at the Zoology Department at the University of Oxford.

Olmedo is the author of a study looking at a range of campaigns concerning pangolin consumption, fronted by local and Western celebrities, in Vietnam and China. But she says her biggest stumbling block was knowing how to measure a campaign’s success.

“You need a clear theory of change,” explains Olmedo. “Have the celebrities actually helped in achieving the campaign’s goals? And how do you quantify these goals? Maybe it is increased donations or higher engagement with a cause.”

A popular campaign in China in recent years saw famous chefs Zhao Danian and Shu Yi pledge to abstain from cooking endangered wildlife. While the pledge achieved widespread recognition, both Olmedo and Marchildon say it’s difficult to know whether it made any difference to people’s actions.

“In life we see a thousand messages every day, and it is very hard to pinpoint whether one campaign has actually made a difference in people’s behavior,” she explains.

Awareness Is Not Enough

Many campaigns that feature celebrities focus on raising awareness rather than on concrete action — which, for researcher Olmedo, raises a further problem in identifying effectiveness.

“Reach should never be a success outcome,” she says. “Many campaigns say they reached a certain number of people on social media. But there has been a lot of research that shows that simply giving people information does not mean they are actually going to remember it or act upon it.”

But anecdotal evidence from campaigns may suggest reach can make an active difference.

“Our VIP video is by far the most watched on our social media channels,” McCormack from German Zero says. “People respond to it very directly. A lot of volunteers of all ages heard about us through that video.”

However, some marketing studies have shown that celebrity endorsement of a cause or product can distract from the issue itself, as people only remember the person, not the content of what they were saying.

Celebrity choice is also very important. Campaigns that use famous faces are often aiming to appeal to members of the public who do not necessarily follow green issues.

For certain campaigns with clear target audiences, choosing a climate scientist or well-known environmentalist rather than a celebrity could be more appealing — Attenborough is a classic example. For others, images and videos involving cute animals may be more likely to get a message heard than attaching a famous face.

“We choose celebrities who have a lifestyle where they are already talking about these issues,” says Marchildon from the UN. “You need figures with credibility.”

McCormack cites the example of Katharine Hayhoe, an environmental scientist who is also an evangelical Christian. In the southern United States, Hayhoe has become a celebrity in her own right, appealing to an audience that might not normally be interested in the messages of climate scientists.

But as soon as you get a celebrity involved, campaigns also put themselves at risk of the whims of that celebrity. Prince William and younger members of the royal family have come under fire in recent years for alleged hypocrisy for their backing of environmental campaigns while simultaneously using private jets to fly around the world.

But Does It Really Work?

While environmental campaigns hope that endorsement from well-known figures can boost a campaign, there is little research to back this up.

“The biggest finding [from my study] was that we were unable to produce any evidence that shows that celebrity endorsement of environmental causes makes any difference,” says Olmedo.

This will come as a blow to many campaigns that have invested time and effort into relationships with celebrity ambassadors. But for many, the personal message that many celebrities offer in videos like that produced by German Zero and campaigns like the Earthshot Prize are what counts.

The research may not prove this conclusively — but if the public believes a person they respect deeply personally cares about an important issue, they are perhaps more likely to care too.

“I personally believe in the power this can have,” says Marchildon. “And if having a celebrity involved can get a single 16-year-old future leader thinking about environmentalist issues — that is enough.”