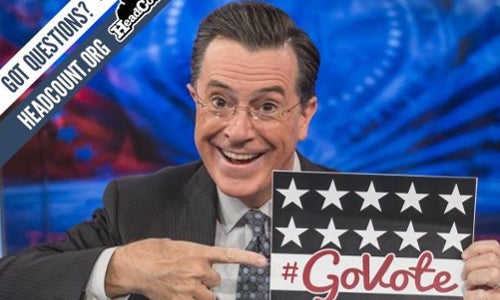 Young people are the demographic most passionate about protecting the environment and addressing climate change, perhaps because they’re the one who will have to live with it the longest. The problem is they’re also the least likely group to vote. That means that their voices and their concerns are often drowned out by the well-funded lobbying of fossil fuel interests. 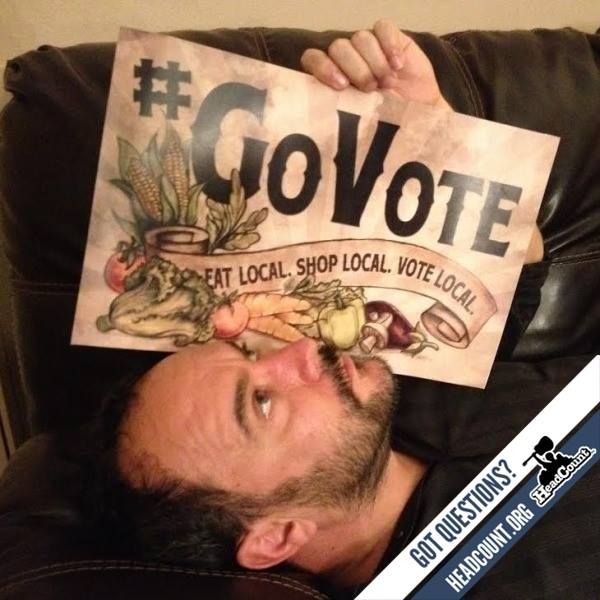 Now the nonpartisan group Headcount.org, which uses musicians and other celebrities with appeal to a younger audience to drive voter participation, has announced a massive Election Day social media push to get people to #GoVote. The organization hopes to reach the so-called “drop-off” voters who cast ballots only in presidential years, not realizing the significant impact of midterm elections.

And while Headcount.org doesn’t endorse candidates or positions, more younger voters casting ballots is good news for the planet, likely leading to elected officials paying more attention to issues young people care about, like fracking and the Keystone XL pipeline. A poll from the University of Texas at Austin, released this week, found voters under 35 are significantly less likely than those over 65 to vote for candidates who favored building the Keystone XL or expanding offshore oil development and much more likely to vote for one who supported reducing carbon emissions, expanding incentives for renewables and decreasing coal use. 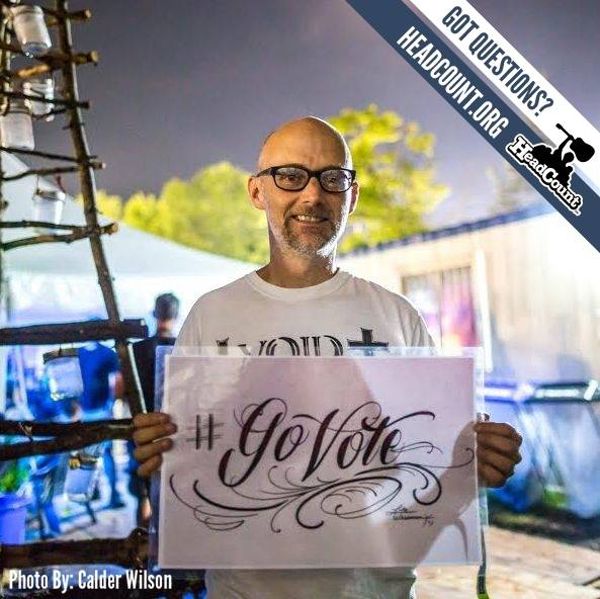 Moby would undoubtedly like you to #GoVote for candidates who care about the planet. Photo credit: Headcount.org

“The incumbent Congress is the least popular in history, so we can’t leave it to the candidates alone to inspire people,” said Marc Brownstein, HeadCount’s co-founder and bass player in the Disco Biscuits. “We’re trying to get the message across that being dissatisfied is a bad reason not to vote—it’s the exact reason why participation is so important.”

More than 300 entertainers have already signed up for the effort, promising to post photos of themselves to social media on Election Day, urging their fans to #GoVote. Among the celebrities who have taken photos of themselves holding artwork that says #GoVote are Dave Matthews, Linkin Park, RZA, Ms. Lauryn Hill, Fergie, Jason Mraz, Jack Johnson, Russell Simmons, T.I., Weird Al Yankovic, Stephen Colbert, Conan O’Brien, Sarah Silverman, Lewis Black, Andy Richter and George Lopez. To show they’re not just interested in young voters, Crosby Stills and Nash, Quincy Jones, Mavis Staples, Chaka Khan, Ed Asner and all the living members of the Grateful Dead are participating too. Together these celebrities have more than 350 million followers on Facebook, Twitter and Instagram. 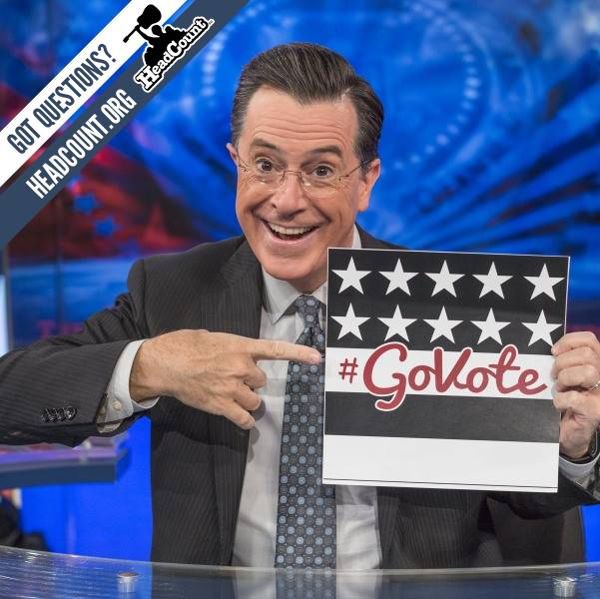 Stephen Colbert is going to #GoVote. What about you? Photo credit: Headcount.org

Each of the participants will tweet and post the photos on Election Day—Tuesday, Nov. 4—to create a media blitz that anyone using social media won’t be able to miss. And each post on Twitter, Facebook, Instagram and Tumblr will include a link to a page where voters can find information about their polling place location, ID requirements and what’s on their ballot. You can preview the photos here.

How ‘Fill Her Up’ Buys Elections

Is Your Governor a Climate Denier?