These 5 Celebs Are Big Solar Buffs 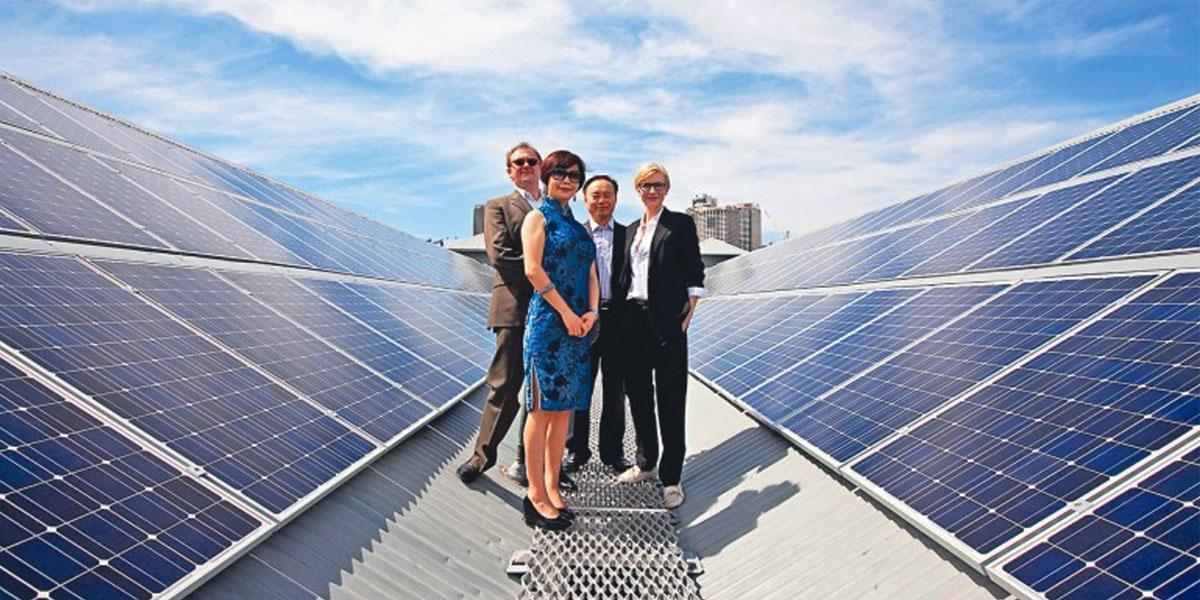 Solar energy is cheaper and more efficient than ever. The price of utility-scale solar dropped 85 percent from 2009 to 2016, and newer panels can power up on even cloudy days. Rooftop solar is now cost-competitive with the traditional grid in much of the U.S. Heck, some cutting-edge companies see a market so ripe for the picking they’re developing entire roofs made of solar panels to sell to homeowners.

Forty years ago, the total global installation of solar was around two megawatts, enough to power around 330 homes. Today, it’s closer to 224,000 megawatts. (You do the math!) And as you might expect, the more the price falls, the more attractive it becomes to, well, everyone.

So naturally the people cheering the loudest about the thrifty benefits of this sustainable energy source have been … celebrities!

Sure, famous folks can sometimes seem like they live in a different universe from the rest of us, but just like you and me, a growing number of celebs care deeply about the future of our planet. (And not just because no planet, no EGOT!) And the very best of them not only practice what they preach by incorporating solar energy into their own lives, they also use their place in the spotlight to advocate for climate solutions. Below are a few of our favorite sunshine-loving superstars:

Though she’s out to destroy the world as Hela in that awesome new Thor: Ragnarok, the real Blanchett seems more intent on saving it. The two-time Oscar winner not only powers her own home in Australia with solar, but she and her husband, as co-artistic directors of Sydney Theatre Company (STC), got to flip the switch on the 1,906 solar panels sitting on the company’s home, the Wharf on Sydney Harbor, to help power the theater’s operations and ultimately cut its utility expenses.

“If theatre doesn’t engage with the big issues that face human beings and society generally, then it very quickly becomes irrelevant,” Blanchett explained of STC’s decision.

Louis-Dreyfus has won a boatload of Emmys playing a foul-mouthed fictional (former-vice) president on “Veep,” but her commitment to environmentalism is what earns her four-star reviews in the Climate Reality offices. The actress and her writer-producer husband famously went all in on energy efficiency and sustainability when renovating their quaint two-story 1930s beachfront bungalow just north of Santa Barbara, California, including rooftop solar panels that generate electricity and heat the house, and even channel electricity back to the local utility company when no one’s home, creating a credit.

In the years since, she has shown her commitment to climate solutions again and again. Louis-Dreyfus has spoken out against the Keystone XL pipeline, fought for clean water in Los Angeles and even stopped by our annual 24 Hours of Reality event last year to support the fight to make climate solutions a reality.

Norton, who is the United Nations Goodwill Ambassador for Biodiversity and works on the BP Solar Neighbors Program, which matches each celebrity purchase of a solar-energy home with solar panels for a low-income family, knows it makes good business sense to invest in sustainable energy like solar.

“Smart companies already know this,” Norton explained during 24 Hours of Reality. “People who are required to invest on 30-, 50-, 100-year timeframes know that non-sustainable models are not good investments, not good business practices … Those guys are very focused on the fact that long-term for their portfolio there’s more economic value to be found if they can make their companies more efficient.”

Sure, Maroon 5 isn’t a single star but a band—so it’s really six environmentally conscious celebs for the price of one! And we couldn’t leave them off the list because they’ve gone to great lengths to incorporate renewable energy into every facet of their work. Among other things, the band uses its sellout tour stops to promote solar power and recycling within their concert venues.

Adam Levine and Co. have a very long history of speaking up about the value of personal energy reduction and alternative energy, and have teamed up in the past with movements that promote solar energy. For the band’s most recent tour, Maroon 5 continued its longstanding work with Reverb, a nonprofit that educates and engages musicians and their fans to promote environmental sustainability, to make sure their roadshow was as green as can be.

Other artists who work with Reverb to minimize their environmental impact and promote climate action include Grammy winners Kacey Musgraves, Alabama Shakes and John Mayer.