Celebrities Ask 'What the Frack?' 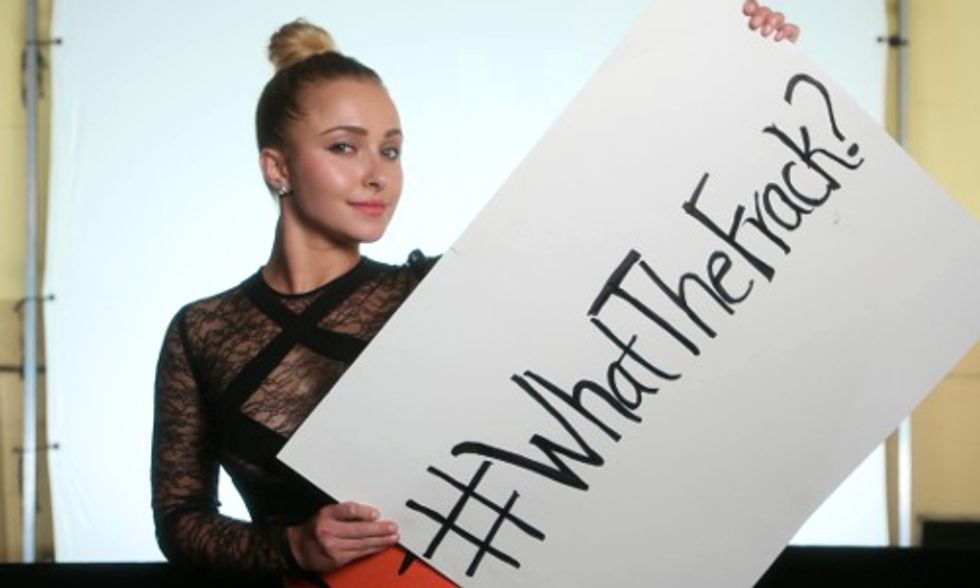 Fracking, or hydraulic fracturing, is a highly controversial process for extracting oil and gas that, along with related drilling, wastewater disposal and other extreme extraction methods like acidizing, has raised serious environmental and public health concerns across the country.

Below, celebrities ask Gov. Brown (D-CA): What the frack?

Produced by Appeal to Reason for Americans Against Fracking, the Environmental Media Association, Food & Water Watch and Environment America, these celebrity videos are part of a series calling out leading Democratic governors in Colorado, California and New York, as well as President Obama, by highlighting some of the facts that make fracking inherently unsafe.

“With recent measures to curb fracking approved by voters in Ohio and Colorado earlier this month, the public continues to reject fracking, and we’re proud to stand with some of our favorite actors to take a stand against this toxic, senseless practice,” said Food & Water Watch Executive Director Wenonah Hauter.

“To date, nearly 400 communities in the United States have taken action against fracking, and that number will only grow as more and more people realize we need to curb global warming by lighting our futures with clean, truly renewable energy resources,” Hauter concluded.

“Fracking is a dirty form of oil drilling that pollutes our air and our oceans,” added Golden Globe-nominated actress and environmentalist Hayden Panettiere. “It’s time to move to clean renewable energy. We need to stop fracking now!”

Below, celebrities ask Gov. Hickenlooper (D-CO): What the frack?

Across the country, the more Americans know about fracking—the facts, science and harsh water and public health impacts—the more they oppose it. This fact is clear in recent polls, such as a current Pew Research Group poll that found opposition to fracking has grown significantly across most regions and  demographic groups over the past six months.

Earlier this year, President Obama articulated the importance of addressing global climate change in his Climate Action Plan. But he mistakenly failed to acknowledge the true climate impacts of drilling and fracking for oil and gas, which will only make the problem worse. Methane, the primary constituent of fracked gas, is a particularly potent greenhouse gas. According to the latest measurements from the Intergovernmental Panel on Climate Change (IPCC), methane is 34 times more damaging to the atmosphere than carbon dioxide over a 100 year time-frame, and 86 times more damaging over a 20 year time-frame. The National Oceanographic and Atmospheric Administration has found that the rate of methane leakage in at least two active gas fields is much higher than the U.S. Greenhouse Gas Inventory’s current estimate, indicating how disastrous fracking can be for the climate.

Below, celebrities ask Gov. Cuomo (D-NY): What the frack?

Additionally, when burned, fracked gas produces significant amounts of carbon dioxide. In fact, even if methane leaks could be minimized to about one percent of what is produced, the International Energy Agency has estimated that a scenario of increased global dependence on fracked gas would lead to an increase in the global average temperature by 3.5 degrees Celsius, or by about 6.3 degrees Fahrenheit, by 2035.

In response to the science and increasing harms of fracking, public action in opposition to fracking is increasing. In August, a million Americans signed petitions objecting to the Obama Administration’s plans to frack on federal lands. Nearly 650,000 of those petitions—collected by Americans Against Fracking member organizations—called for a complete ban.

Weeks later, Food & Water Watch, MoveOn.org, Environmental Action, and other organizations in Americans Against Fracking and the Stop the Frack Attack network delivered more than 250,000 petitions asking the Obama Administration and the Environmental Protection Agency to reopen investigations into the potential link between fracking and water contamination in Pennsylvania, Texas and Wyoming.