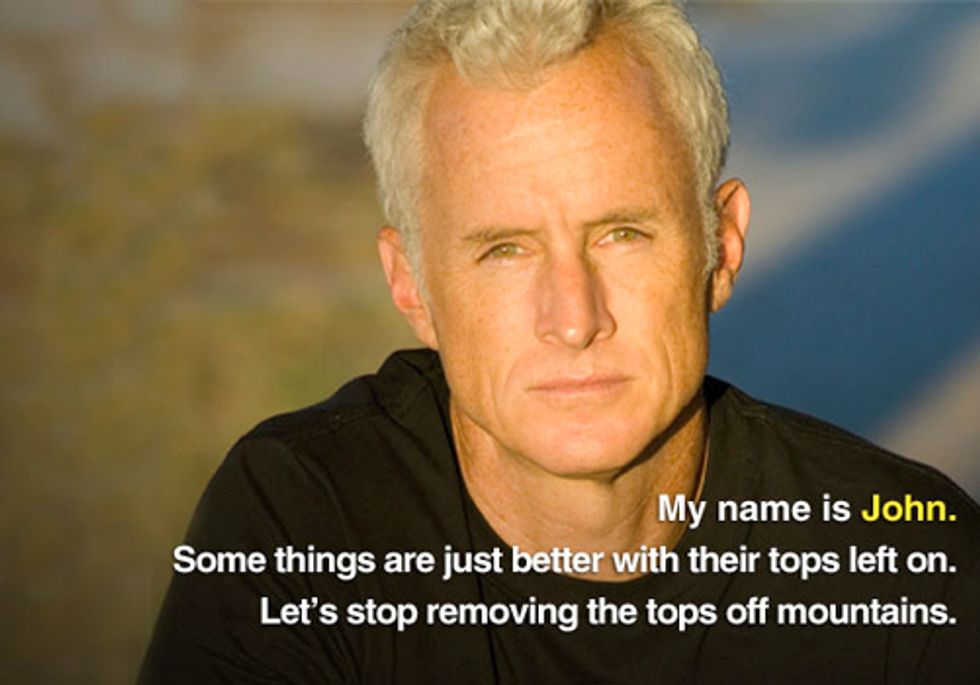 Earthjustice’s new Mountain Heroes website is a dynamic, interactive showcase and celebration of the courageous people at the frontlines of this movement and a strong display of solidarity from hundreds of members of the public who have already added their own personal stories and images in the form of an historic public photo petition opposing mountaintop removal. Earthjustice, along with its Mountain Heroes and partners, has a goal of generating thousands of new online photo petitions and will deliver the petitions to the Obama administration on September 13, 2012.

The campaign shares the stories of local champions such as Larry Gibson, Goldman Prize and Wallenberg Medal recipient Maria Gunnoe, longtime community activists and experts Cindy Rank and Chuck Nelson, Youth Brower Award winner Junior Walk, Christians for the Mountains founder Allen Johnson, and numerous other extraordinary Appalachian citizens who have dared to take a stand against one of the worst environmental disasters of our time: mountaintop removal coal mining.

“Throughout Earthjustice’s years of litigation and advocacy to end mountaintop removal mining, we have been inspired and humbled by the dedication and bravery of the people of Appalachia who are leading this movement to save America’s oldest and most biodiverse mountains, protect clean water and save their communities,” said Earthjustice President Trip Van Noppen. “For more than a decade, we’ve been privileged to work alongside our heroes, so we’re proud to share their stories and honor their work to protect communities through our new Mountain Heroes campaign,” added Van Noppen.“Mountaintop removal mining remains one of the nation’s most enduring environmental disasters and human rights violations,” continued Van Noppen. “But we are heartened by the courage and dedication of the leaders of this movement, whose stories and images we feature in our new website and campaign.”

“We appreciate the efforts of all of the friends of Mountain Heroes and members of the public who have already joined this campaign,” said Joan Mulhern, senior legislative counsel for Earthjustice. “We hope the courage and leadership of these Mountain Heroes inspires Americans from coast to coast to join this movement to save our mountains, waters and communities. And we hope it compels our nation’s leaders to end this disastrous mining practice.”