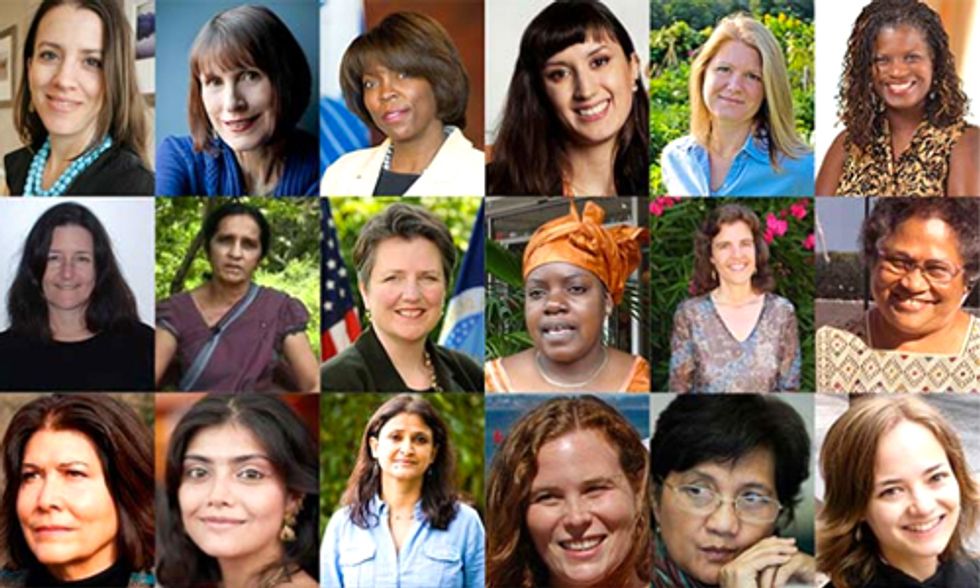 On March 8, International Women’s Day will honor the innovative women who are making a positive difference around the globe, reports Food Tank.

“In many developing countries, women are the backbone of the economy. Yet women farmers do not have equal access to resources and this significantly limits their potential in enhancing productivity,” said Melanne Verveer, ambassador-at-large for Global Women’s Issues, U.N. Food and Agriculture Organization (FAO).

In many countries, women are responsible for the majority of food production, but they are also more likely to suffer from hunger due to food shortages. For instance, Oxfam International data has found women perform 66 percent of the world’s work, but only earn 10 percent of the income.

Despite the challenges, women from Jamaica to New Zealand are playing an integral role in changing the food system to create a well-nourished world, and they are taking on larger and more defined roles in food and agriculture as 70 percent of world's farmers are women.

According to the World Food Programme, providing women farmers access to the same resources as men could reduce the number of hungry people in the world by 100 to 150 million people.

As world population grows and the impacts of climate change become more evident, farmers and policymakers will need to invest more in effective strategies to alleviate hunger and poverty. And that means addressing the deep-rooted inequalities that currently impede women from gaining equal access to productive resources and services.

Here are 23 women righting the wrongs of hunger that will be celebrated on International Women's Day, according to Food Tank: