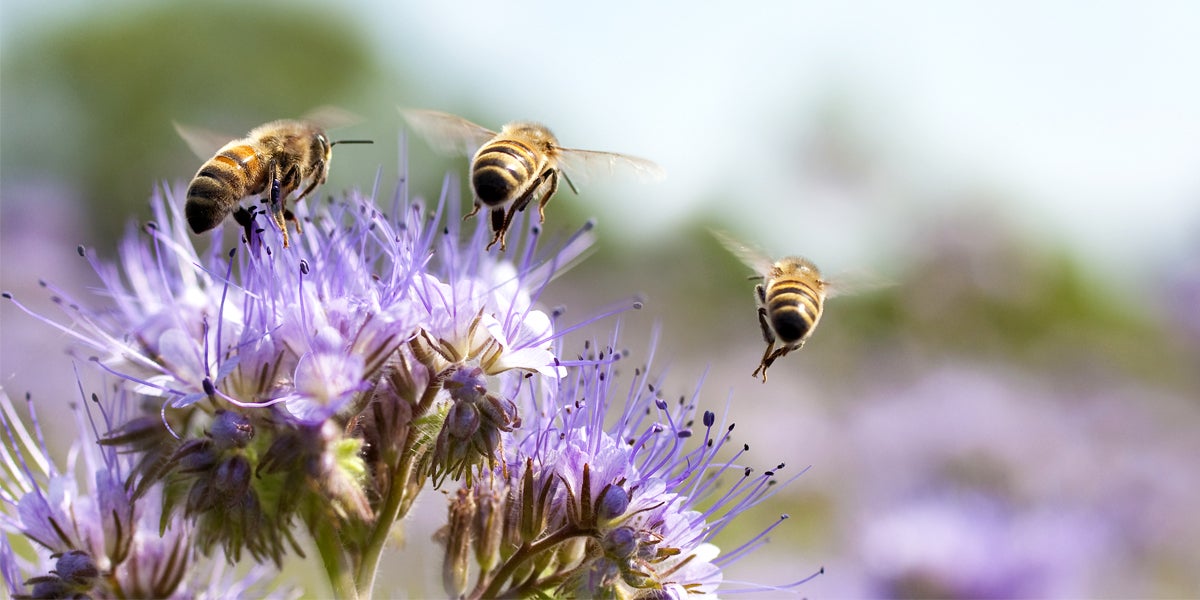 It’s no secret that bee populations have declined in recent years. Last year, beekeepers across the U.S. reported losing a staggering 44 percent of their colonies over the course of the winter and summer.

The causes of bee decline vary—exposure to a variety of pesticides, fungus, parasites and rising temperatures being just some of the potential issues—but there’s only one really effective way to fight back against the problem. Bees need open spaces to roam and collect pollen without being disturbed.

One city in Iowa has decided to do just that, in a major way: Cedar Rapids is planning to set aside 1,000 acres of bee-friendly open space. (Eventually, it’s hoped, the project may expand to as many as 10,000 acres). This spring, they’ll start by seeding a modest 188 acres with native prairie grasses and wildflowers, plants that will both nourish pollinators and prevent invasive weeds from spreading. So far, the initiative has secured $180,000 in funding from the state and the Monarch Research Project, an organization dedicated to restoring monarch butterfly populations and pollinator habitats.

Cedar Rapids isn’t going to convert land used for other purposes for the project. Instead, they’re simply repurposes public lands that are currently going unused, seeding them with 39 species of native wildflowers and seven species of native grass. The flowers will serve as an attractor for bees and butterflies, while the grasses will keep noxious weeds from invading the area. Some of the spaces that are being used for the initiative include far-off corners of public parks, golf courses, open areas near the local airport, sewage ditches, water retention basins and green space along roadways.

The project was proposed by Daniel Gibbons, the park superintendent of Cedar Rapids. According to Gibbons, over the past 100 years, Iowa’s agriculture boom has resulted a loss of 99.9 percent of the state’s native habitats. Converting these unused public areas back to their original state will do more than simply help bees—it’s also going to help birds, amphibians, reptiles and mammals who rely on native vegetation.

Converting these spaces back to native prairie isn’t going to be a simple process. Right now, many of them are choked with undesirable vegetation that isn’t bee-friendly. The invasive plants present in these areas need to be mowed down, burned and in some cases hit with doses of herbicide before the native seed mixture can be planted.

You Can Replicate The Cedar Rapids Experiment In Your Own Backyard

Most of us don’t have 1,000 acres of unused space lying around, but if you want to do your part to help bees in the same way as Cedar Rapids, there’s plenty you can do. If you have a garden or a place to leave outdoor planters, just a few square feet of wildflowers native to your area can help boost local bee populations. In Popular Science, pollination ecologist Stephen Buchmann suggests planting a diverse mix of wildflowers and heirloom crops that bloom in the spring, summer and fall.

If you do plant a pollinator garden, it’s best not to use any herbicides or insecticides at all, as these are known to correlate with poor health in honey bees. If you must use these products, do it at night when bees are inactive.

Of course, simply providing a food source for bees does no good if they have no place to rest at the end of the day. You can also create nesting sites for native bees, if you can stomach the idea of a hive on your property. The Xerces society has compiled a helpful guide with information on how to provide nesting sites that allow bees to thrive. In many ways, the approach you’ll need to take depends on the species of bees that live in your area—some prefer to nest in hollow wood, while others dig their nests in the dirt.

If we all make a small effort to create bee-friendly spaces, it’s completely possible to replicate Cedar Rapids’ experiment collectively in our own communities.