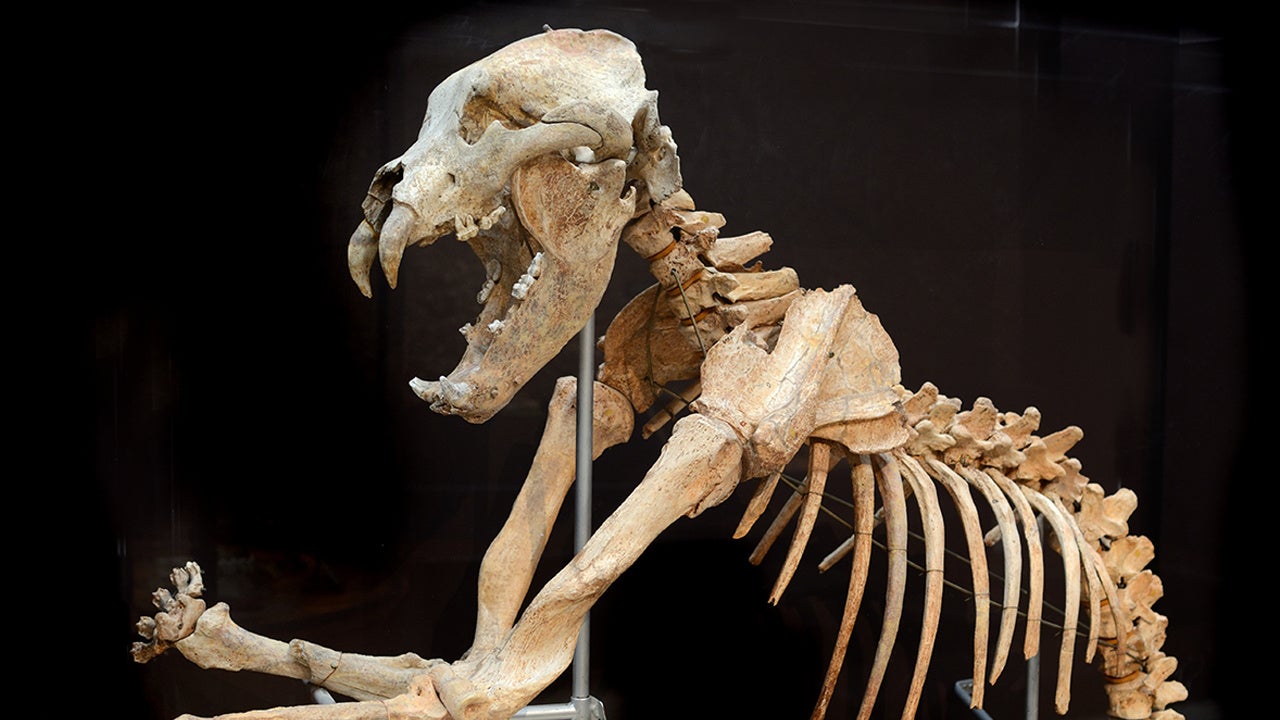 We may be in the midst of a major human-driven extinction crisis, but it turns out that humans may have been pushing other species to the brink long before the industrial era.

A new study published in Scientific Reports Thursday found that humans played a potentially “significant” role in the extinction of the cave bear, a giant Pleistocene relative of the brown bear that could weigh as much as 2,000 pounds and went extinct around 20,000 years ago, according to The Washington Post.

The researchers used mitochondrial DNA from cave bear bones found across Europe to track the animals’ population diversity and size. They found that their population stayed stable through two cooling and warming cycles before starting to decline when modern humans arrived.

“We see this dramatic drop in the population of the cave bear starting from 40,000 years ago, which coincides with the arrival of anatomically modern humans in Europe,” study leader Prof. Verena Schünemann of the University of Zurich told BBC News. “It is the clearest evidence we have so far that humans might have played a big role in the extinction of the cave bear.”

A debate has long raged in the scientific community over what exactly caused large mammals like cave bears, mammoths and saber-tooth cats to go extinct. Some blame the last glacial maximum 26,500 years ago, but others point to the hunting prowess of modern humans, National Geographic explained.

At least in the case of the cave bear, it appears that humans played an important role.

“If not for our arrival in Europe, I don’t see any reason why cave bears should not be around today,” study coauthor and University of Tübingen paleobiologist Hervé Bocherens told National Geographic.

Axel Barlow, a biologist at the University of Potsdam, Germany who was not involved with the research, told The Washington Post that the study was “very nice” and made it clear that something “quite profound happened to the global cave bear population around 40,000 years ago.”

Of course, it’s possible that climate change and human activity together shaped the bears’ ultimate fate, Schünemann told The Washington Post. An increase in human hunting may have coincided with a decline in food, for example. And studying that interaction can help scientists understand what is happening today.

“Looking at the impact of climate change and human impact on large mammals can tell us a lot about the general process and consequences of large mammal extinction,” Bocherens told The Washington Post. “Studying the past to save the future: This is what we try to do.”