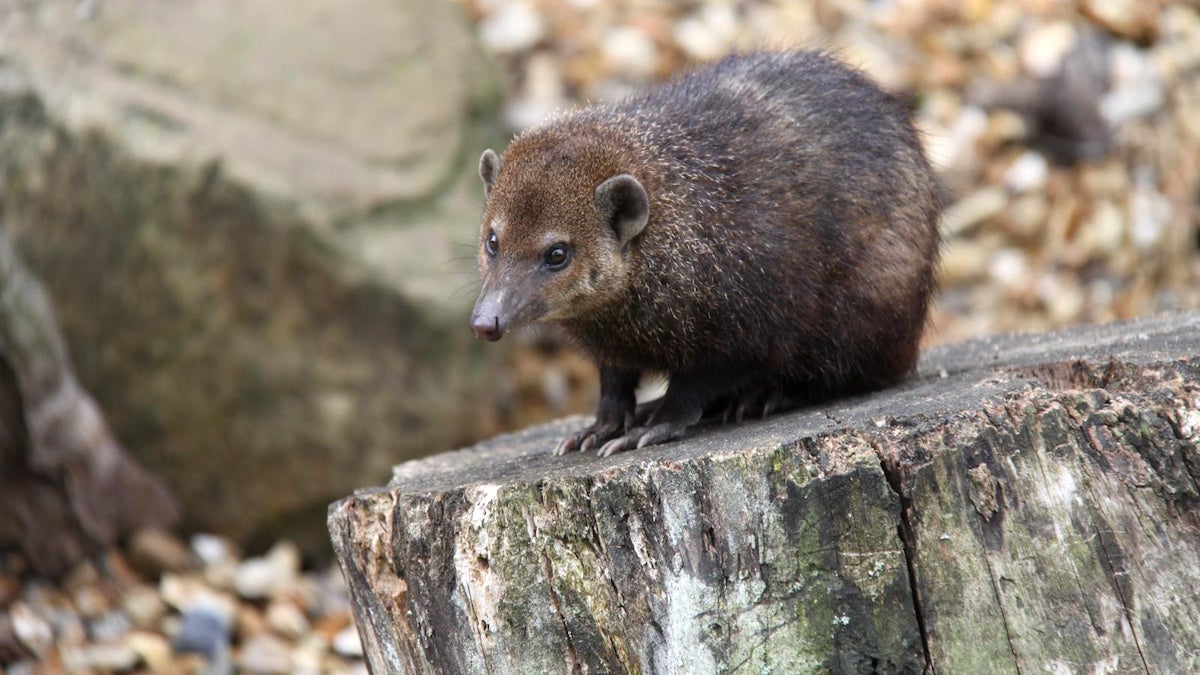 The long-nosed potoroo may have developed strategies to avoid prowling cats. Dave Catchpole / CC BY 2.0

Feral and pet cats are responsible for a huge part of Australia’s shameful mammal extinction record. Small and medium-sized ground-dwelling mammals are most susceptible.

But we’ve found one mammal in particular that can outsmart cats and live alongside them: the long-nosed potoroo.

These miniature kangaroo-like marsupials are officially listed as vulnerable. And after the recent devastating fires, extensive swathes of their habitat in southeastern Australia were severely burnt, leaving them more exposed to predators such as foxes and cats. But the true extent of the impact on their numbers remains unclear.

Amid the devastation, our new study is reason to be optimistic.

Using motion-sensing camera traps on the wildlife haven of French Island – which is free of foxes, but not cats – we found potoroos may have developed strategies to avoid prowling cats, such as hiding in dense vegetation.

If these long-nosed potoroos can co-exist with one of the world’s most deadly predators, then it’s time we rethink our conservation strategies. 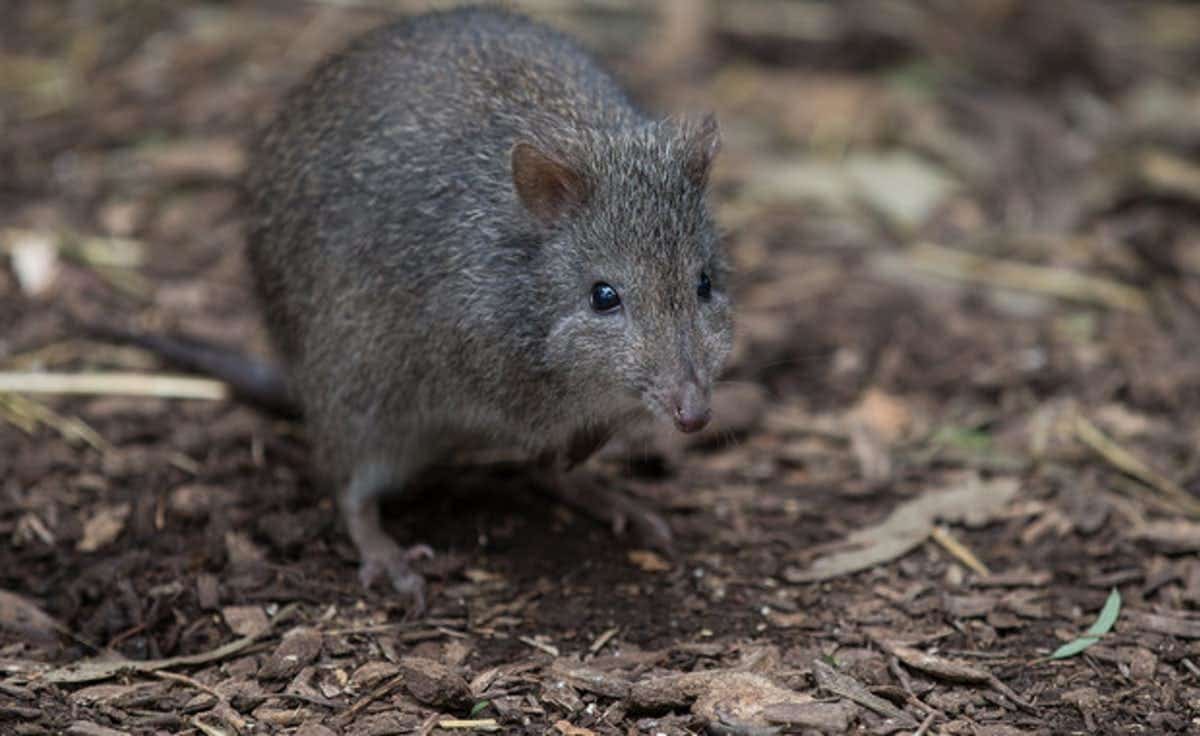 Long-nosed potoroos are a bit like mini kangaroos, but spend much of their time digging for fungi. Zoos Victoria

Surviving Cats With a Deadly Game of Hide and Seek

We conservatively estimated that between five and 14 cats lived in our study area (but it takes only one cat to eradicate a population of native animals).

Although cats were common here, we detected them less often in areas of dense vegetation. By contrast, this was where we found potoroos more often. 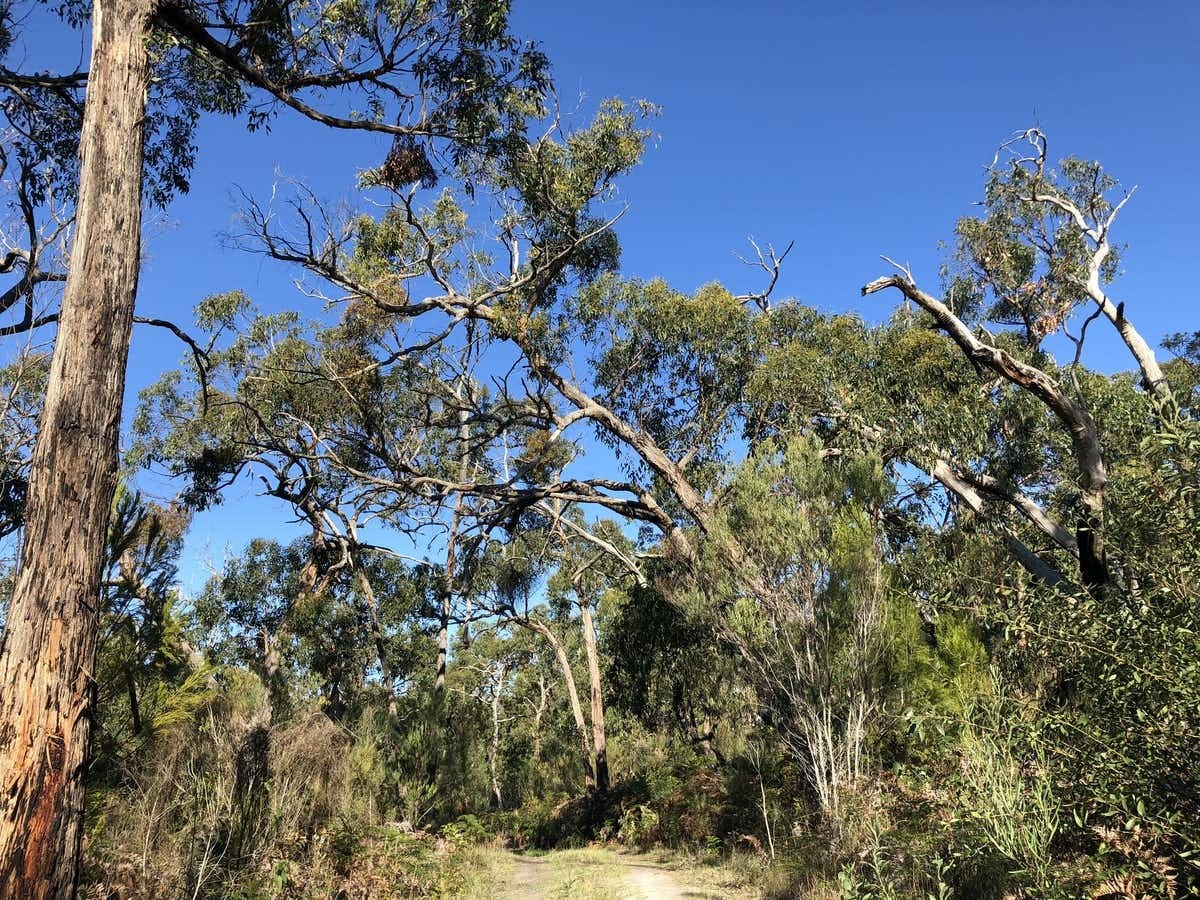 Long-nosed potoroos are nocturnal foragers that mainly, but not exclusively, feed in more open habitat before sheltering in dense vegetation during the day. But we found potoroos rarely ventured out of their thick vegetation shelter.

This may be because they’re trading off potentially higher quality foraging habitat in more open areas against higher predation risk. In other words, it appears they’ve effectively learnt to hide from the cats.

Another intriguing result from our study was that although potoroos and feral cats shared more than half of their activity time, the times of peak activity for each species differed.

Cats were active earlier in the night, while potoroo activity peaked three to four hours later. This might be another potoroo strategy to avoid becoming a cat’s evening meal.

Temporal activity of cats and long-nosed potoroos for winter and summer, on French Island, Victoria. Their overlap is represented by the area shaded in grey. Modified from Miritis et al. (2020).

It’s also possible cats may be actively searching for potoroos as prey, and indeed some of our camera images showed cats carrying young long-nosed potoroos in their mouths. These potoroos were more likely killed by these cats, rather than scavenged.

Cats are exceedingly difficult to manage effectively. They’re adaptable, elusive and have a preference for live prey.

The two most common management practices for feral cats are lethal control and exclusion fencing. Lethal control needs to be intensive and conducted over large areas to benefit threatened species.

And outside of predator-free sanctuaries, it must be ongoing. If control stops, cats can reinvade from surrounding areas.

“Safe havens” – created through the use of exclusion fencing or predator-free islands – can overcome some of these challenges. But while exclusion fencing is highly effective, it can create other bad outcomes, including an over-abundance of herbivores, leading to excessive grazing of vegetation. 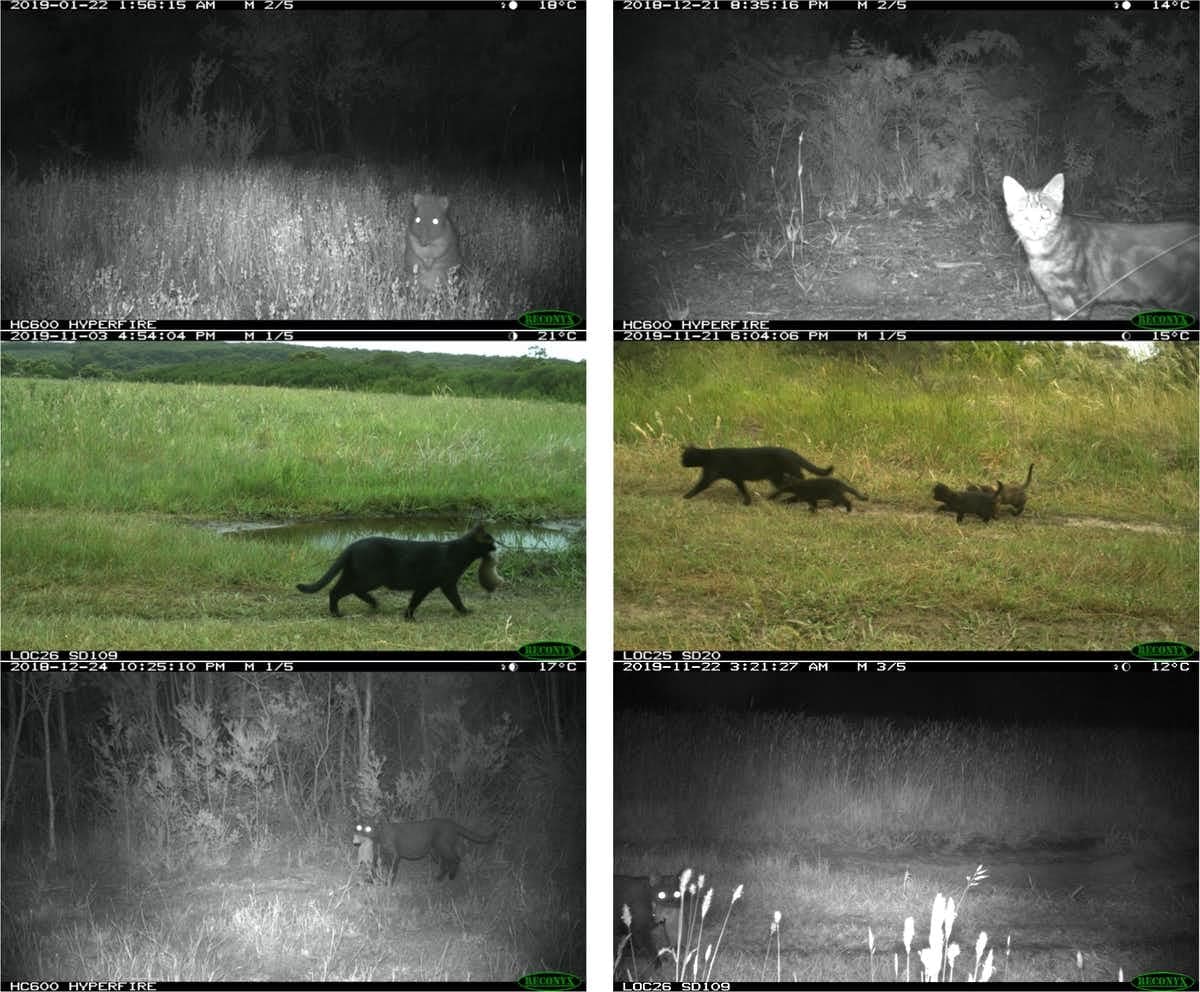 Camera traps can tell us a lot about how introduced predators and native wildlife interact. Zoos Victoria and Deakin University

Fencing and islands can result in native animals rapidly losing their anti-predator behavior. This can limit the success of reintroducing them to areas outside predator-free havens.

In any case, removing introduced predators might not be really necessary in places native species can co-exist. If long-nosed potoroos have learnt to live with feral cats, we should instead focus on how to maintain their survival strategies.

It’s clear cats are here to stay, so we shouldn’t simply fall back largely on predator eradication or predator-free havens as the only way to ensure our wildlife have a fighting chance at long-term survival.

Yes, for some species, it’s vital to keep feral predators away. But for others like long-nosed potoroos, conserving and creating suitable habitat and different vegetation densities may be the best way to keep them alive.

But perhaps most important is having predator-savvy insurance populations, such as long-nosed potoroos on French Island. This is incredibly valuable for one day moving them to other areas where predators – native or feral – are present, such as nearby Phillip Island.

In the absence of predators, native wildlife can rapidly lose their ability to recognize predator danger. Programs aimed at eradicating introduced predators where they’re co-existing with native species need to pay careful attention to this.