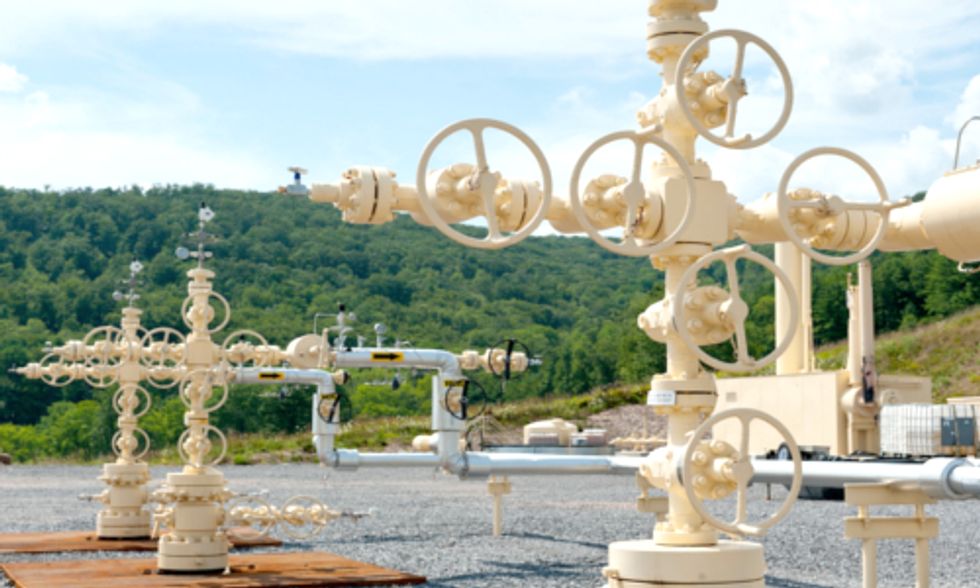 It's been nearly a decade since the first shale fracking wells were drilled in Pennsylvania and West Virginia. Since that time, there's been pressure for more gas production in those states, as well as in Ohio, but a series of new studies show that the people who live near the booming industry aren't always the ones reaping the economic benefits.

The Multi-State Shale Research Collaborative, made up of organizations like Policy Matters Ohio and the Keystone Research Center, examined the impact of shale drilling on four communities—Carroll County, OH, Green and Tioga counties in Pennsylvania and Wetzel County, WV. Collectively, the individual case studies display how small communities become dependent on a process that provides jobs and tax dollars, but also negative health and environmental impacts, as well as higher housing prices and even violence in some cases.

"The economic benefits of fracking fall far short of what was promised and come with costs to safety, the environment and the community," reads the executive summary of the Carroll County study.

The four counties are all small, rural and poor but each accounts for a significant portion of its state's drilling. In Ohio, Carroll County is home to more than half of Ohio's shale wells.

Each of the counties anticipated a huge job bump to accompany the gas production, but Greene fared the best. From 2005 to 2012, private-sector employment grew by 40.2 percent. However, in West Virginia's Wetzel County, shale represents only 2 percent of the workforce. In Ohio's Carroll County, the promise of a job boom has been met the reality of an 8.3-percent unemployment rate with jobs going to out-of-state workers.

The roads, temporary housing and other infrastructures of three of the four counties were also ill-prepared to handle those transient workers. The companies behind the gas production faced little, if any, regulation. That worries groups like Carroll Concerned Citizens in Ohio. In nearby Youngstown, an executive faces three years in prison for repeatedly dumping fracking wastewater into the Mahoning River.

In 2012 alone, 14.2 million barrels of fracking waste were injected in Ohio’s nearly 200 disposal wells, more than half from states with better regulation, like Pennsylvania and West Virginia, according to the report.

In Greene and Tioga counties in Pennsylvania, the Collaborative found "dramatic" increases in emergency room visits during the boom years of the shale industry. A 2013 study in that stayed showed that fracking made people sick. Though far away in Colorado, a more recent study discovered birth defects in babies near fracking sites.

The Collaborative is pushing for more regulations and fees for companies that want to drill more shale wells. Here are the group's final recommendations: