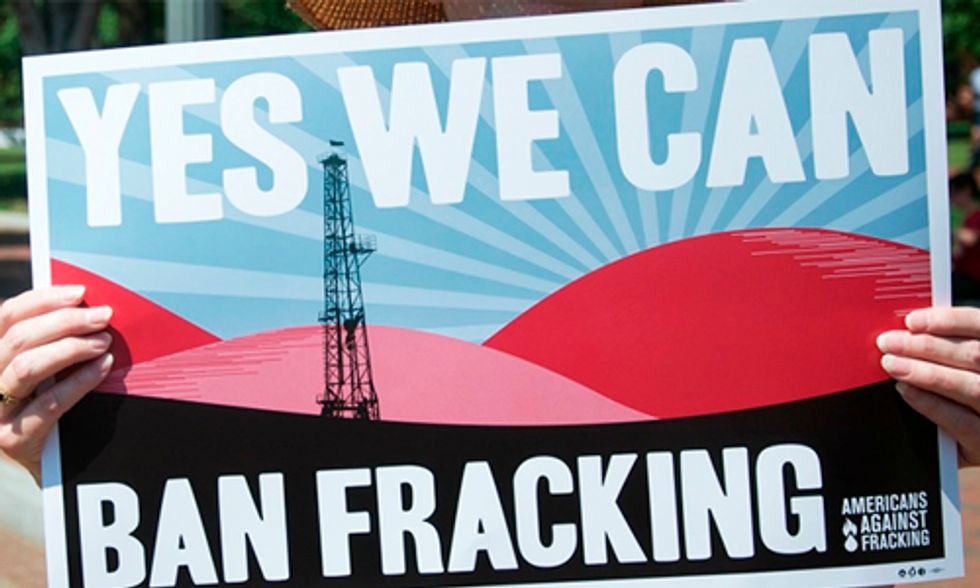 On Tuesday night, the Carson City Council voted unanimously to ban fracking, acidizing and other environmentally hazardous well stimulation techniques. The move comes after a five-year fight against a proposal for 200 new fracking wells. The efforts of the Carson Coalition and concerned residents, joined by Food & Water Watch, resulted in the California Resources Corporation (formerly Occidental Petroleum) withdrawing the project last year. Residents continued to fight to ensure fracking would never come to Carson, California, resulting in the ban by city council.

“We have been fighting to ban fracking for five years and tonight Carson can usher in the future our community deserves by banning extreme oil and moving toward clean energy," Dianne Thomas, resident and founder of the Carson Coalition, said. “Our community's health is failing because we are surrounded by fossil fuel industries—refineries, freeways, the ports and oil drilling is all around us. We have to continue to fight for the people that live here, the people that inhale the fumes and endure the noise. This ban is a first step to making Carson a front runner to end oil drilling and adopt a 100 percent renewable energy future."

The Carson City Council also adopted a controversial update to the city's oil and gas code. Residents opposed provisions that would give oil companies an incentive to increase drilling in Carson and they demanded a 1,500-foot setback between oil and gas activity and nearby homes, schools, hospitals and other inhabited areas. However, the council passed a 750-foot buffer and paved the way for more drilling.

Instead of phasing drilling out drilling in the buffer, the council voted to allow each operator to move up to ten wells to outside the buffer area on a one-to-two basis. Carson has 67 active oil wells, 25 of which are within the approved 750-foot setback. If operators decide to use the incentive to transfer operations outside the setback, drilling could increase by another 28 wells, which would increase Carson's overall drilling by about 40 percent. If operators don't use the incentive, drilling may continue indefinitely within the setback, according to the approved code.

The fracking and well stimulation ban is primarily preventative since oil company operators say that fracking is not necessary or economically viable in Carson. The fight over the oil code was heated because of its impact on the 67 active wells in Carson.

“It's disappointing that the council failed to take the necessary step to protect public health by phasing out operations in the setback. In the larger scale of needing to move quickly from fossil fuels to renewable energy, we have more work to do to ensure drilling comes to an end in Carson. We will continue to work with the Carson Coalition and Carson residents to fix the oil code and phase out oil drilling in Carson."