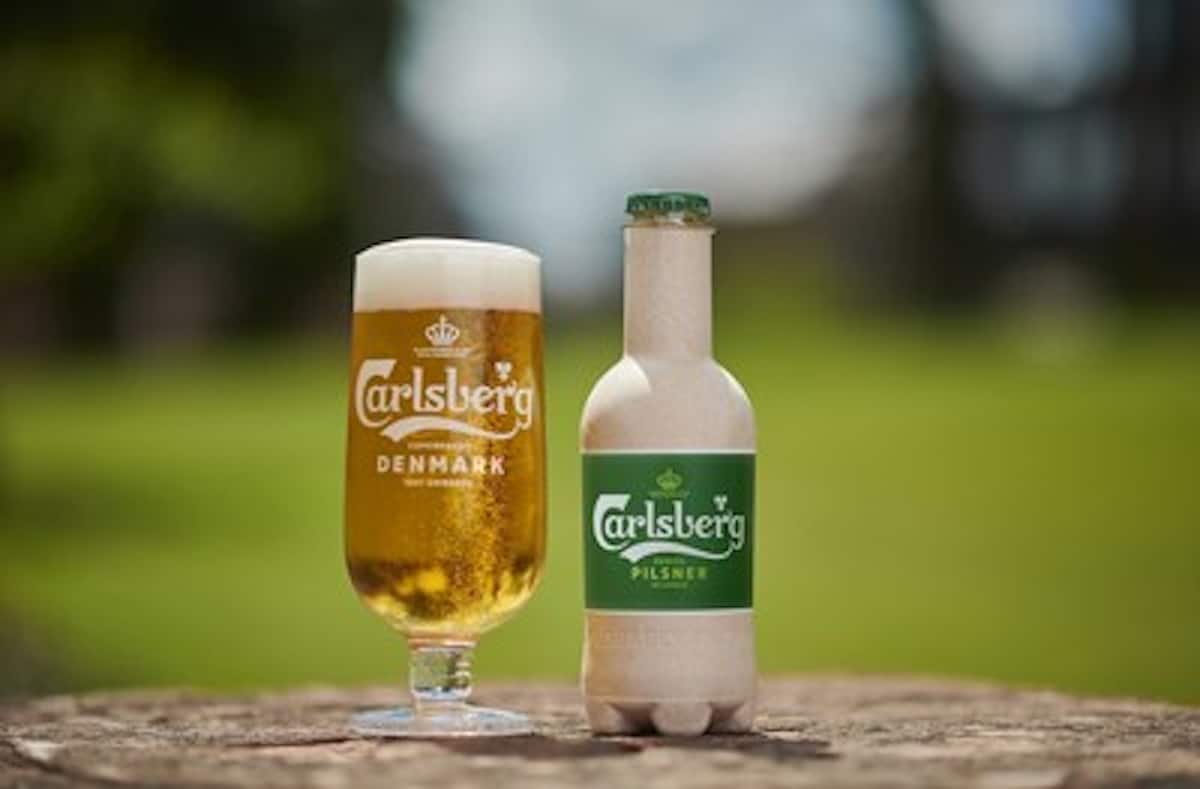 Carlsberg is trialing a new greener way to drink beer.

The Danish beer company launched its new Fibre Bottle on Wednesday – that’s a bottle made from wood fibers on the outside and plant-based polymers on the inside, according to the company website. The entire bottle is both biobased and recyclable, with the exception of the cap, which is not biobased but is recyclable.

“The progress made with our new Fibre Bottle is testament to Carlsberg’s pioneering spirit, with a focus on making better products in every sense of the word,” Carlsberg Group Sustainability Director Simon Boas Hoffmeyer said of the launch.

This isn’t the first time that Carlsberg has tried to find more sustainable ways to package its beer. The company was an industry leader in phasing out the plastic rings that usually connect six-packs, replacing them with a recyclable glue in 2018.

The current bottle has been in development since 2015, as Hoffmeyer said in a press release. The company is now testing 8,000 of the new bottles in markets in eight Western European countries: Denmark, Sweden, Norway, Finland, United Kingdom, Poland, Germany and France.

It consists of two parts. The outer shell is made by the packaging company Paboco. The wood fibers come from Forest Stewardship Council-certified forests in Northern Europe, which means that two to three trees are planted for every tree cut down, the website said. The inner shell is made of a plant-based polyethylene furanoate (PEF) polymer lining, according to The Guardian. It was developed by renewable chemistry company Avantium.

“Identifying and producing PEF, as a competent functional barrier for beer, has been one of our greatest challenges — so getting good test results, collaborating with suppliers and seeing the bottles being filled on the line is a great achievement!” Carlsberg VP of Group Development Stephane Munch said in the press release.

And the bottle innovation does not ignore taste.

“PEF is a highly effective barrier between the beer and fibre shell, capable of protecting the beer’s quality so that consumers can enjoy the same fresh Carlsberg taste, and insulating the beer better than conventional glass or cans to keep the beer colder for longer,” the website says.

“We’ve been working hard on this project since 2015, and aim to continue to set the industry standard by further improving the bottle’s environmental footprint and product performance,” Hoffmeyer said in the press release. “Collaboration is key and, together with our partners, we’re excited to see how research and development into sustainable packaging solutions is now becoming the norm.”

The company also hopes to achieve a plant-based cap by 2023, according to The Guardian.”

Carlsberg’s sustainability goals extend to the beer inside the bottle as well. The company has partnered with barley malt supplier Soufflet to brew beer from barley grown using organic, regenerative agriculture.

“While consumers can still expect the same distinctive Carlsberg taste, the methods used to farm the barley are set to improve farmland biodiversity, enhance soil health, and increase natural carbon sequestration by the soil versus conventional farming methods,” the press release said.

Correction: An earlier version of this article said that the cap was not biobased or recyclable. It is recyclable, but not biobased.

‘Green Gentrification’ Can Force Out Long-Term, Lower-Income Residents
Making neighborhoods more “green” through environmental infrastructure and other green
By Cristen Hemingway Jaynes
Major Tech and Car Companies May Be Using ‘Blood Gold’ Mined Illegally From the Amazon Rainforest
Your iPhone may contain gold linked to the destruction of
By Olivia Rosane
EU Wastes Much More Food Than It Imports Every Year, Study Finds
The European Union (EU) wastes much more food than it
By Cristen Hemingway Jaynes