Carl Pope: How the Global Economic System Is Destroying People and Planet 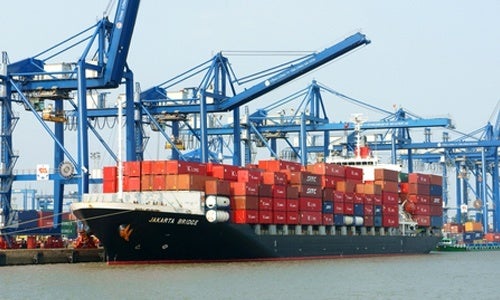 Part of the genius behind the Goldman Environmental Prize is that it not only rewards inspiring individuals, but it also spotlights communities and struggles that would other wise remain off the global community’s radar screen. This year’s prize recipients—the 25th—were no exception.

Few in the audience—or those exposed to the media about this year’s winners—had ever heard of Myanmar’s proposed Myitsone Dam on the Irawaddy River, blocked by the efforts of Myint Zaw. Even living next door to Canada I was utterly unaware of the successful struggle by Marilyn’s Baptists’s XeniGwet’in First Nation of British Columbia to stop an enormous gold and copper mine which would have destroyed Fish Lake, the anchor of their spiritual identify. Nor had I any knowledge of the proposed Agua Zarca Dam in Honduras, a joint project of Honduran company Desarrollos Energéticos SA (DESA) and Chinese state-owned Sinohydro, the world’s largest dam developer. The indigenous Lenca people who would be displaced by the dam had no voice in the decision to construct it until Berta Cacera, this year’s winner from South America, organized her people to forced Sinohydro to pull out. 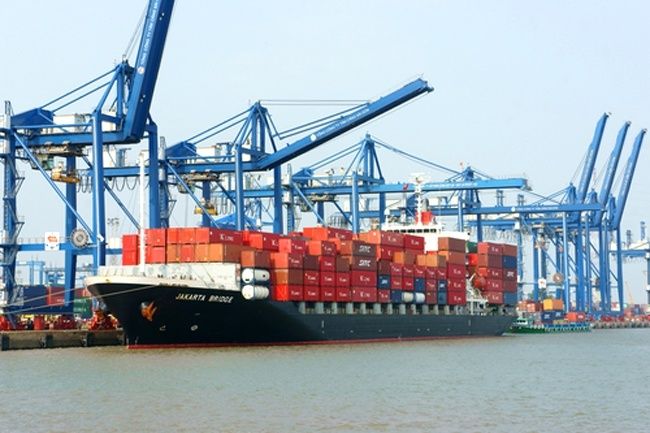 Passing Fast Track authority will make us even more complicit in the destruction of lives and communities that is produced by our current economic system, with its emphasis on industrial exploitation at any cost and without any local accountability.

Supporting heroes like these in struggles that had previously gone unrecognized also highlights the underlying—and often vicious—architecture of today’s global economy. None of these three projects was driven by local needs, or designed for local benefit. All represented efforts by remote elites to poach yet unindustrialized natural commons—as if British Columbia, Honduras and Myanmar were somehow Robinson Crusoe’s desert island, waited to be appropriated by the first comer under “finder’s keepers” doctrines.

The Myitsone Dam would have generated electricity to be shipped to remote China. The copper and gold from the Prosperity mine were not for the benefit of the XEniGwet’in, but of global mining behemoth TML. The electricity from the Aqua Zarca dam was intended for local use—but not by local communities. Since a 2009 coup, the new Honduran government has awarded a full 30 percent of the nation’s land as mining concessions to global mining interests; the Aqua Zarca dam was going to provide power for these mines. (Just to get a sense of what those mining concessions mean, imagine that foreign mining companies had been given an essentially unfettered right to strip mine all of Texas, California, Colorado, New Jersey, West Virginia, Ohio, Pennsylvania, North Dakota, Michigan, Wyoming, Kentucky Tennessee, Massachusetts, South Carolina and Maryland—and that dams like the Grand Coulee were being redirected to serving these foreign companies).

So there’s a vital educational outcome to the Goldman Prize as well as recognition and support for these front-line defenders of their communities. But front-line narratives—in isolation—have a weakness. They generate empathy, but not community. The audience at the Goldman Ceremony, or those who read the stories or watch the videos, are encountering someone else’s struggle—a weaker motivator for action than learning about their own struggles. This is intensified when our consumption is, indirectly, driving the exploitation, but at the same time most of us feel powerless to make choices that change that—we don’t, after all, have a clue where the iron ore in our stainless steel water flask came from—Honduras?

So I want to book-end this year’s Goldman Prize with two additional data points. The first is a stunning statistic. A large share of the world’s manufacturing capacity has shifted over the past decade from Europe and North America to China. This has powered enormous economic growth, but also generated enormous volumes of climate and health pollution. Of China’s infamous air pollution problem, 36 percent of the sulfur dioxide, 27 percent of nitrogen oxides and 17 percent of black carbon are emitted producing goods for export—about a fifth of this in exports to the U.S.

Manufacturing goods in China for export to the U.S. not only shifts pollution from the U.S. to China, but dramatically increases total global pollution—Chinese manufacturing has emission rates ranging from 6-17 time those in the U.S. and the EU.

So American outsourcing of manufacturing to China has had a major negative impact on the health of the Chinese population. But it turns out that China is not like Las Vegas—what goes on in China doesn’t stay in China. Chinese air pollutants are transported by upper atmospheric winds across the Pacific—and while their concentrations are diluted on this journey, they are not, it turns out, rendered harmless. A new study shows that even in 2007, when the volumes of Chinese pollution were much lower than they are today, air pollution emitted in China while producing goods for export was responsible for up to 24 percent of total sulfate pollution over the Western U.S., as shown in the chart below. 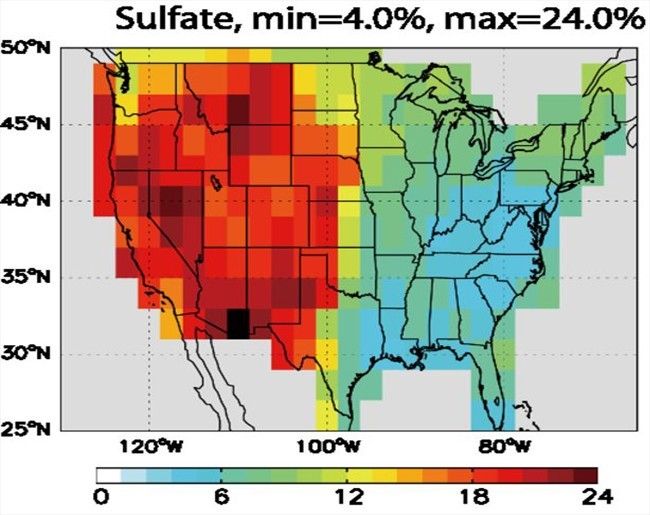 So the current trade regime between China and U.S. is not just a matter of the U.S. exporting manufacturing jobs to China and importing cheaper consumer goods—we are also dramatically increasing the volume of pollution associated with our consumption, so much that while the worst health impacts are in China, a significant part of U.S. pollution is now generated in China producing goods for U.S. consumers. We import pollution as well as goods. Which brings me to another big piece of news this week—the agreement between President Obama, Congressional Republican leaders and some Senate Democrats (but not Minority Leader Harry Reid) to grant the President “fast-track” authority for the proposed Trans Pacific Partnership negotiations. While the White House maintains that the TPP will be a new kind of trade deal, one that will protect the environment that simply isn’t true. Like NAFTA, and like the WTO, the TPP will take the view that countries cannot set pollution standards for the way in which goods they import are produced. Indeed, while it will prevent the U.S. from setting pollution standards for factories exporting to our consumers, it will actually permit corporations to sue to lower pollution standards that already exist here.

This doctrine was based on the notion that Americans are not affected by pollution control standards in China, and therefore ought not to interfere. This is clearly not the case for climate pollution—CO2 emitted anywhere has the same impact on the California drought. But it is also clearly not clear for conventional health pollution—even for countries separated by the Pacific Ocean, much less for close neighbors those in Central America or Europe.

So we need to recognize that the front line communities in BC or Myanmar or Honduras are not just protecting their health and ecosystems—they are defending ours. What puts them at most risk, however, is our willingness to tolerate a global economic system in which multinational producers are permitted to bribe and bully weak governments into giving them the right to exploit local resources for distant shareholder profits. Passing Fast Track authority will make us even more complicit in the destruction of lives and communities that is produced by our current economic system, with its emphasis on industrial exploitation at any cost and without any local accountability.