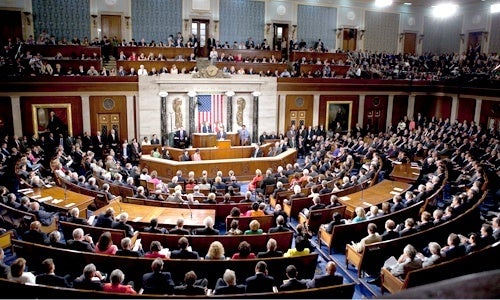 The House Freedom Caucus is correct in lamenting that the media have trivialized their true goals by focusing on the personality of the next Speaker of the House. They are wrong to believe that a focus on their deep agenda would help their cause—for that agenda is to restore minority, not democratic, control of the “People’s House.” 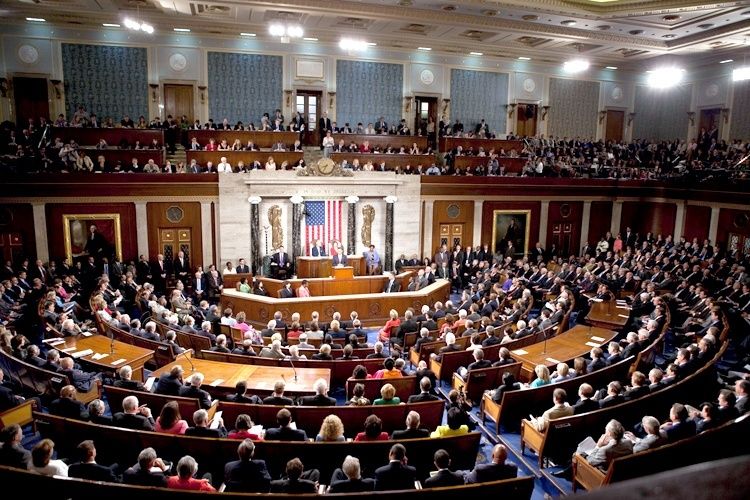 The Tea Party wing of the House Republican party is seeking changes in the rules and procedures, changes designed to strip the Speaker of the ability to assemble a majority within the House and enable that majority to govern. They cloak their demands in the language of bottom-up democracy—let members offer whatever amendments they desire, let committees choose their own chairs, deny the Speaker the ability manage the flow of legislation on the House floor.

But their complaints about John Boehner’s leadership give away the game. Boehner, they claim, has betrayed conservatism by seeking legislative outcomes like lifting the debt ceiling or funding highways. These bills transparently enjoyed not only the support of a majority of the House, but a support of a majority of the Republican caucus. But to the Freedom Caucus these are treasonous compromises.

What the Freedom Caucus seeks is not more democracy, but a House in which a minority – actually 10 percent—of the House can shut down the government and destroy the full faith and credit of the U.S. government—unless in response to this blackmail wildly unpopular policies like defunding Planned Parenthood and repealing Affordable Health Care are part of the package.

The rule changes they seek in the House would make that body—the heart of the majoritarian, democratic experiment embodied in the Constitution—more like the Senate, always the House of the Elite. The ability of a Senate minority, even a single Senator, to say “No” has plagued the U.S. since it’s early days, bringing on the Civil War, empowering corporate rule in the Gilded Age, blocking ratification of the League of Nations, preventing action of civil rights for decades, and enabling Senate Republicans to block the legislative agendas of the last two Democratic Presidents, Bill Clinton and Barack Obama, even in periods when Democrats nominally controlled both Houses of Congress.

Since 1999 , when Dennis Hastert became Speaker, the House Republican caucus has imposed a parliamentary politics on Madison’s anti-parliamentary Constitution. The “Hastert rule” enables the Republican caucus to impose its will by refusing to allow coalitions on specific issues to emerge between Democrats and Republicans. “No bill goes to the House floor without the support a majority of Republicans,” was the essence of the Hastert rule. Madison would have vomited—this kind of party discipline was precisely what he loathed about British parliamentary practice—a block of votes representing only slight more than a quarter of the public could rule.

But there was a Hastert corollary—once that majority of the Republican caucus chose a path, Republicans had to follow it. The Freedom Caucus wants the benefits of the Hastert Rule—no cross party coalitions—without its unavoidable costs—Republicans must practice party discipline.

The Freedom Caucus could win. There is ample precedent for minority control of the House. Indeed, the powerful Speakership which the Freedom Caucus wants to change originated only recently, in the 1970’s work of the Democratic Study Group (DSG), led by Minnesota progressive Don Fraser. The DSG challenged and eventually reformed a House which after WWI had become the captive of the seniority system. From 1918 until 1974, single party districts, mostly in the Democratic Solid South, controlled both committee chairmanships and the Rules Committee.

For decades Southern Democrats controlled the committee system based on seniority, thwarting Franklin Roosevelt’s New Deal, Harry Truman’s Fair Deal and Lyndon Johnson’s Great Society. Only in the wake of the Vietnam War and the Watergate scandal was the DSG able to obtain such fundamental reforms as roll-call votes and control of the flow of legislation to the House floor by the majority. The DSG reforms restored the ability of the House majority to legislate—by empowering the Speaker, the only House figure elected by all of the members. (Newt Gingrich pulled even more power into the Speaker’s office in 1995, so the current rules are the DSG reforms on steroids).

The democratizing DSG reforms, in turn, had earlier precedents—which sometimes required trimming, not enhancing the powers of an overweening Speaker. In 1910, 42 Progressive Republicans led by Nebraska Republican George Norris and frustrated by the refusal of Republican Speaker Joe Cannon to allow President Theodore Roosevelt’s agenda to be voted on, joined with the Democratic minority to strip Cannon of his powers and re-empower the full membership of the House. But only 15 years earlier Speaker Thomas Brackett Reed had been forced seize the authority to restore majority rule to the House by overturning a “disappearing quorum” practice, which, for a period, imposed Senate style filibusters on the House. So Cannon’s abuses were rooted in Reed’s reforms.

The Freedom Caucus thus appears to be following in the footsteps of progressive Republicans and Democrats. But not really. The fundamental question about the House Rules ought not to be, strong Speaker or weak Speaker—it should be, “Can the people’s House enact the laws that the American people support?” That’s the function of the Rules. The House is, and was, designed to be the quintessential majoritarian body in the U.S. government. Whether it is allowed to play that function is, and for most of our history has been, the hidden question behind most leadership battles in the House of Representatives. And here, it is clear, the Freedom Caucus is in favor of minority rule.

In an article in National Review, former Virginia Attorney-General Ken Cuccinelli is refreshingly candid on this point. “The withholding of votes prior to obtaining conservative changes is virtually the only leverage conservatives have at this point, and so they must use it.” But, of course, if conservatives were the majority of the House, blackmail would not be their only leverage.

Now that Majority Leader Kevin McCarthy and Ways and Means Chair Paul Ryan have refused the poisoned chalice the Freedom Caucus offers—assume the Speakership to neuter it—what is the way forward?

Well, the Freedom Caucus could compromise and agree to allow a conservative candidate for Speaker (perhaps Ryan if he changes his mind) to take power without the changes they seek in the House Rules. This would probably yield a continuation of grid-lock, periodic flirtations with defaulting on the national debt or shutting down the government, and a continued decline in public disgust with a spineless Congress that allows itself to be black-mailed.

Or mainstream Republicans could embrace the Rule Reforms sought by the Tea Party, ensuring a full scale constitutional crisis between the House and the White House. Both of these outcomes seem likely to produce enormous political costs for the Republican party, endangering its hold on Congress and the chances of its 2016 Presidential nominee.

There is, however, a third option. Boehner has avoided long-term government shutdowns or default on the debt by breaching the Hastert rule, and governing with a combination of House Democratic votes and enough Republicans willing to risk a primary defeat to create a majority. Such a cross-party coalition is also what enabled Norris to break Joe Cannon’s power in 1910, and is not uncommon in closely divided state legislatures. It’s how Madison would want the problem resolved, which is why the Constitution requires a majority to elect a Speaker.

Of course, coalition governance would give back to the Democratic minority power, a lot of it, which the Hastert Rule and the Hastert Corollary stripped. That would be the final irony of the Tea Party assault on democratic, majoritarian governance of the House of Representatives. But it may be essential to save the country and the Constitution. Stay tuned.