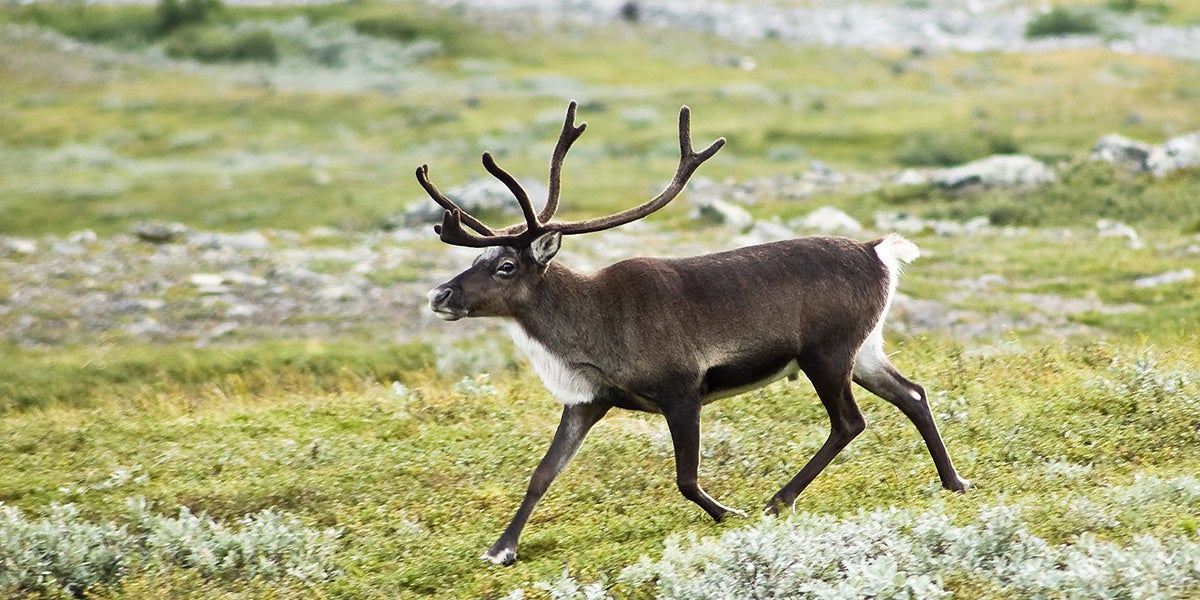 To its credit, the Forest Products Association of Canada recognizes climate change is a serious threat to forests and habitat, and has vowed the sector it represents “is doing its part to fight climate change through work in our forests, at our mills and through the products we make.”

But it appears the association has an ulterior motive. Its climate commitments are spelled out on a website page that focuses on the role of climate change in caribou population declines, and argues a federal strategy to protect at-risk caribou, in part through habitat management, “won’t work and will hurt local economies.”

There’s no climate science denial, but there is caribou science denial. To downplay the urgent need to protect caribou and manage habitat, and to diminish their own role in boreal caribou declines, forest industry associations are using tactics the fossil fuel industry uses to sow doubt and confusion about scientific evidence.

These “strategies of manufactured uncertainty” have “successfully delayed efforts to effectively address the decline of boreal caribou, which is protected under federal, provincial and territorial legislation, and inhibited meaningful dialogue about socially acceptable conservation solutions,” according to a new report in the June issue of Wildlife Society Bulletin, From Climate to Caribou: How Manufactured Uncertainty is Impacting Wildlife Management.

The report, by researchers from Ontario Nature and the Universities of Guelph and Toronto, further states that while the fossil fuel sector is the most prominent purveyor of science denial—with five companies and organizations alone spending US$115 million a year “to avoid new climate policy and regulation”—similar tactics have been used in debates over regulating lead paint, tobacco, DDT, acid rain and chlorofluorocarbons. All employ a “multi-pronged strategy of denial”: deny the problem exists, deny its key causes and claim that resolving the problem is too costly.

The strategy also includes vilification of and personal attacks against those who advocate for change. Some have cast efforts to improve caribou habitat policy as “eco-terrorism” and “environmental extremism.”

Focusing on Ontario, the researchers show the strategy has been employed in the conflict between industrial logging and boreal caribou conservation. Boreal caribou are listed as “threatened” and are protected under federal species at risk legislation. “Yet, as scientific understanding of the decline of boreal caribou populations has become clearer, and agreement among scientists and governments about habitat management requirements has increased, campaigns of denial have intensified in the public sphere,” the report says.

The Ontario Forest Industries Association and others deny boreal caribou are at risk, despite numerous studies showing they are, and claim that “without an adequate understanding how woodland caribou herds use the landscape—let alone a firm grasp of the differences between ecotypes of the subspecies—it is not possible to develop science-based policy.”

The report quotes forestry interests that claim industrial logging does not harm caribou and, in fact, may help them, despite contrary evidence from numerous peer-reviewed studies.

A number of organizations, politicians and media outlets have also argued protecting caribou will kill jobs and wreak economic havoc. However, research shows that other factors, such as “structural changes in the demand for forest products, high labour and energy costs, and decline of real net investment in the sector” have caused recent forest industry downturns. Ultimately, if economic growth must come at the cost of boreal caribou survival, it isn’t sustainable.

The Committee on the Status of Endangered Wildlife in Canada, which assesses species and makes recommendations about their listing under the Species at Risk Act, has examined the available evidence and concluded 81 percent of boreal caribou herds are in decline and all woodland caribou ecotypes—boreal, mountain and migratory—are diminishing in Canada. A main cause for boreal caribou decline is habitat degradation, mostly from industrial activity, and consequent changes in predator-prey dynamics.

Caribou play an important role in forest ecosystems. With all we know about the animals and how to protect them, we must resist industry’s false narrative. As the report concludes, “the debate should now focus on goal-setting and implementation of caribou conservation strategies, including range plans and protection of critical habitat, which have the highest likelihood of achieving long-term caribou persistence while minimizing effects to jobs in the sector.”