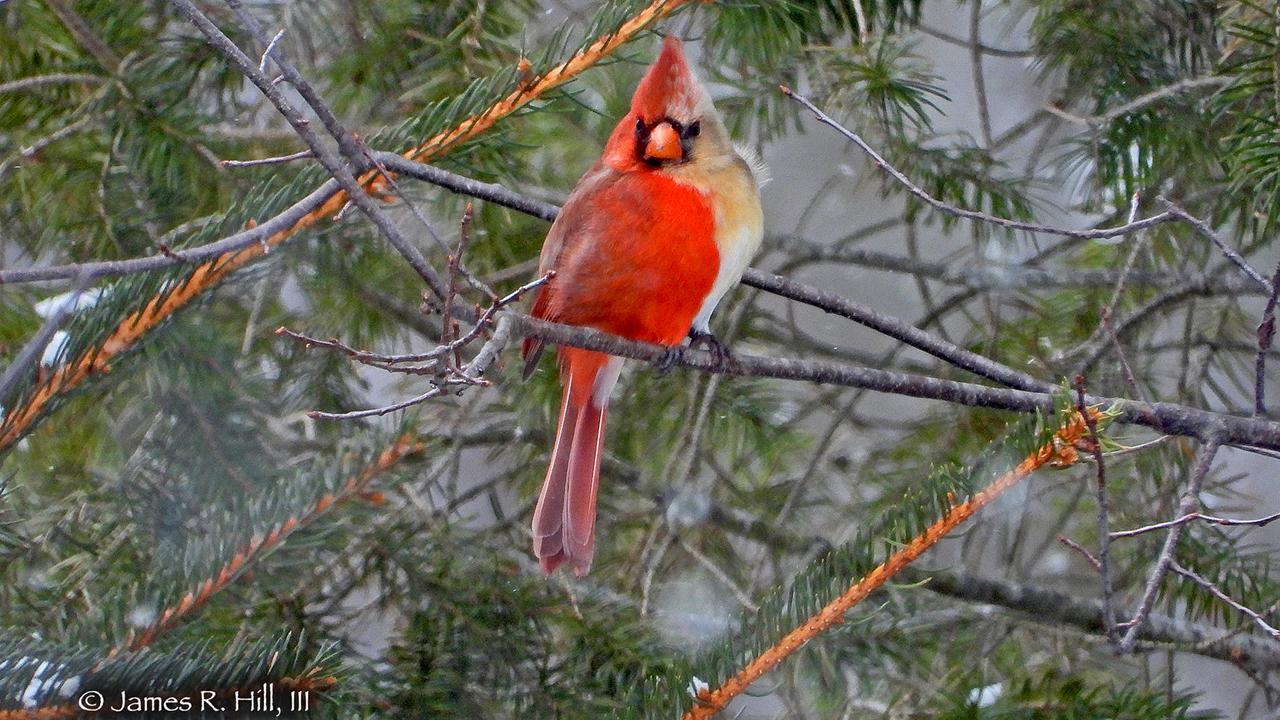 Jamie Hill has been a birdwatcher for more than 48 years. After retiring from his career as an ornithologist, he spent most of his time scouting rare birds in the Pennsylvania area. On February 20, he was given the chance of a lifetime to photograph a “once-in-a-lifetime,” half-male, half-female Northern Cardinal.

One of Hill’s birding friends, Annette Smith, told him that an “unusual bird” had been spotted by a family friend near Grand Valley, Pennsylvania. After receiving photos of the bird, Hill and Smith requested to come visit the home and try to track down the rare bird.

From the photographs sent by the Grand Valley homeowner, Hill suspected the bird was leucistic. This is a rare condition in which birds lose pigmentation in their feathers, creating an albino or pale yellow appearance. Leucistic birds are novel, but what they discovered was even more spectacular.

Hill believes that the bird is instead affected with bilateral gynandromorphism. This rare genetic mutation causes birds (and other animal species) to be born with both male and female tissues including secondary sex characteristics. This genetic condition caused the strange coloration of the bird, making it quite striking. Male cardinals are bright red, while females are pale brown, which made the bilateral gynandromorphism in this bird easy to identify. 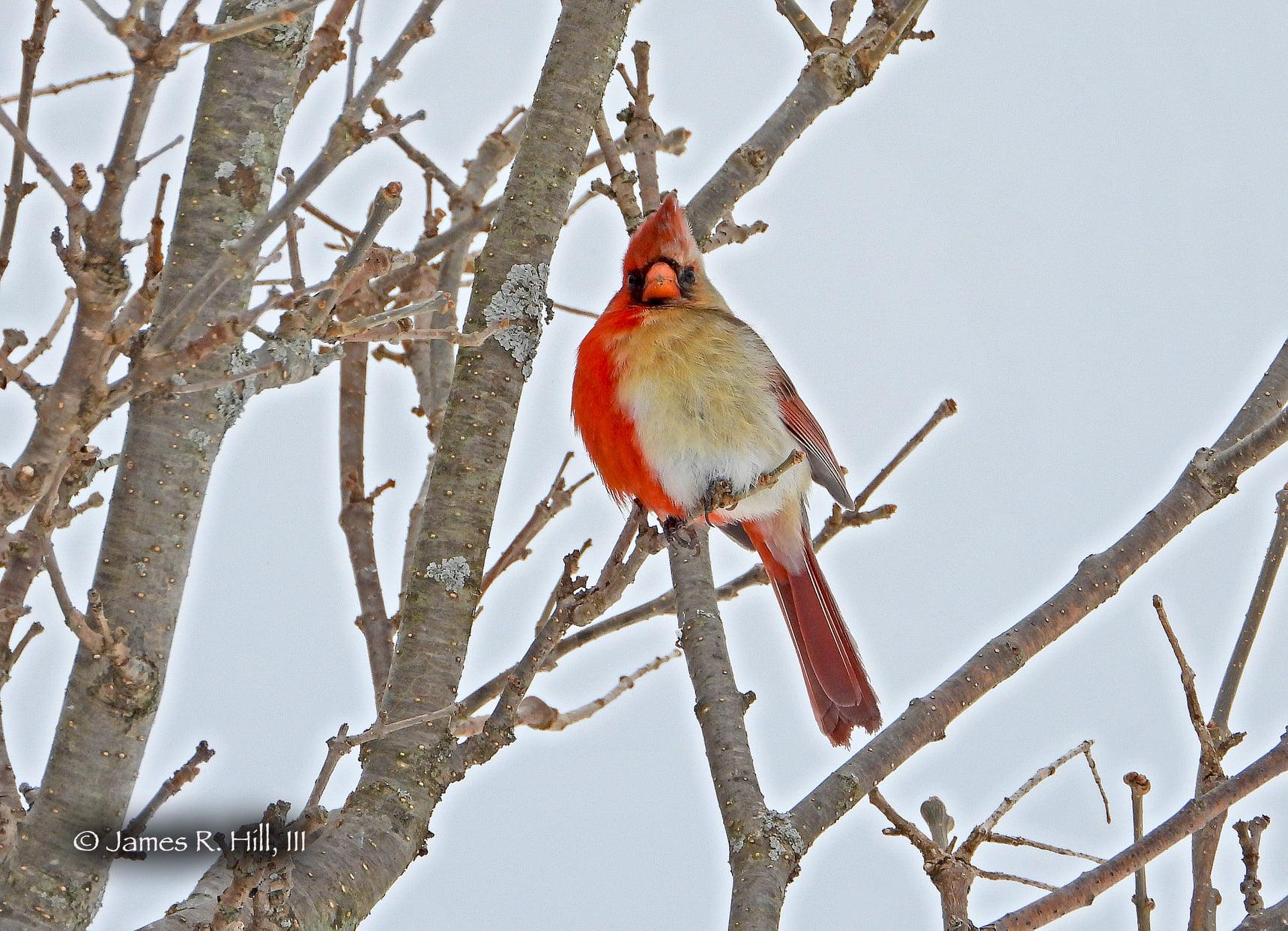 Hill told the BBC, “I have been searching for the long-thought-extinct ivory-billed woodpecker for almost two decades, and photographing this rare version of one of our most common backyard birds, this gynandromorph northern cardinal, was almost as exciting as I think I would get if I actually found the woodpecker.”

It is uncertain how rare bilateral gynandromorphism is in the wild. However, the tracking of thousands of birds by the Powdermill Nature Reserve since 1962 has only resulted in 10 reported cases of the disorder, not including the most recent spotting.

Another similar Northern Cardinal was spotted by Jeffrey and Shirley Caldwell in 2019. The Caldwells had been birdwatching from their backyard feeders for more than 25 years when they discovered the striking cardinal in the Redwood trees. Hill suspects it might be the same gynandromorphic bird seen in Grand Valley because of the close proximity, rarity, and resemblance in the markings.

To see more photos of the Northern Cardinal and others in Hill’s photography collection, check out his Facebook page.

Savannah Hasty is an environmental writer with more than six years of experience and has written thousands of articles for clients around the world. Her work focuses on environmental news, lifestyle content, and copywriting for sustainable brands. Savannah lives on the sunny coast of Florida and is inspired by this to play an active role in the preservation of the state’s marine life and natural ecosystems.