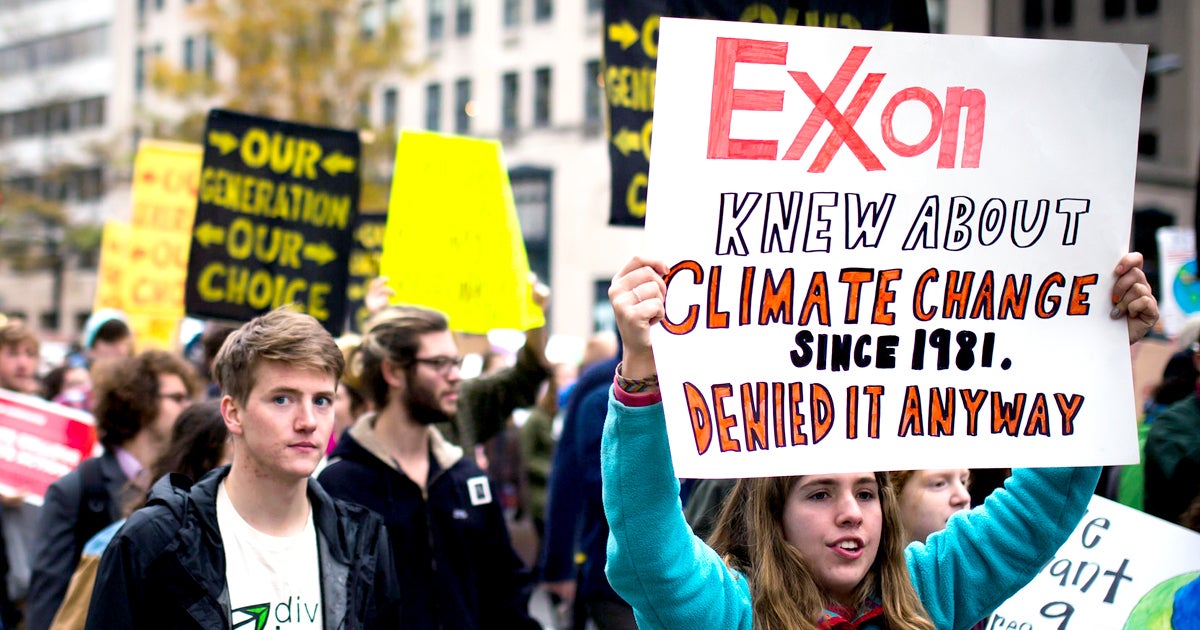 Environmental organizations are calling foul on a carbon tax and dividend plan announced today that was supported by ExxonMobil, BP, Shell and other influential businesses, individuals and organizations.

The Climate Leadership Council, developed by former cabinet members James Baker and George Shultz, have crafted a plan designed to fight climate change by taxing carbon emissions and then redirecting that levy to taxpayers.

While the proposal has been touted as a free market, “conservative climate solution,” it also calls for the rolling back of Obama-era climate regulations and shields polluting companies from lawsuits over their contribution to climate change.

That sounds all-too convenient for a certain fossil fuel giant that’s under investigation for exactly that, environmentalists pointed out. Experts also suggested that the chances that Congress would pass a carbon tax in the near future were low and would require bipartisan support.

“Exxon is signing onto this carbon tax proposal because they know it’s dead-on-arrival, but hope it will distract from the ongoing investigations into whether the company lied to the public and its investors about climate change,” Jamie Henn, 350.org strategic communications director, said.

“We already know from the New York Attorney General’s investigation that Exxon misled investors about its internal carbon tax, stating one price externally but using a lower internal price to double down on fossil fuel extraction. Exxon has a decades-long track record of misleading the public on climate change, this is just more of the same delay and deceit.”

As it happens, Exxon has historically lobbied against similar carbon tax proposals and contributed campaign funds to congress members who oppose a carbon tax.

“ExxonMobil will try to dress this up as climate activism, but its key agenda is protecting executives from legal accountability for climate pollution and fraud,” said Greenpeace climate liability project lead Naomi Ages.

“Buried in pages of supposedly ‘free market’ solutions is a new regulation exempting polluters from facing legal consequences for their role in fueling climate change.”

“That means continued oil and gas extraction, continued air and water pollution, and a continuing steady march toward irrevocable climate chaos,” she said. “This plan being promoted by notable conservatives and their industry allies is particularly absurd: It would scrap many existing pollution controls—common sense rules that tackle carbon emissions at their source—in favor of a market-based scheme that would push added costs onto consumers, not polluters.”

“Broadly speaking, there is no evidence that carbon taxes reduce carbon emissions,” she added. “Many tax advocates point to a plan instituted in British Columbia in 2008 as evidence of the method’s success in lowering emissions. In fact, carbon emissions actually increased in B.C. under the plan. When carbon taxes increase costs on fossil fuel corporations, those costs are simply passed down to consumers at the gas pump or store shelves.”

“Only cutting carbon emissions at their source—by keeping fossil fuels in the ground and transitioning rapidly to clean, renewable energy—will quickly reduce emissions and effectively tackle the worst effects of impending climate chaos,” she concluded.