Planting Non-Native Trees Accelerates Carbon Release Back Into the Atmosphere 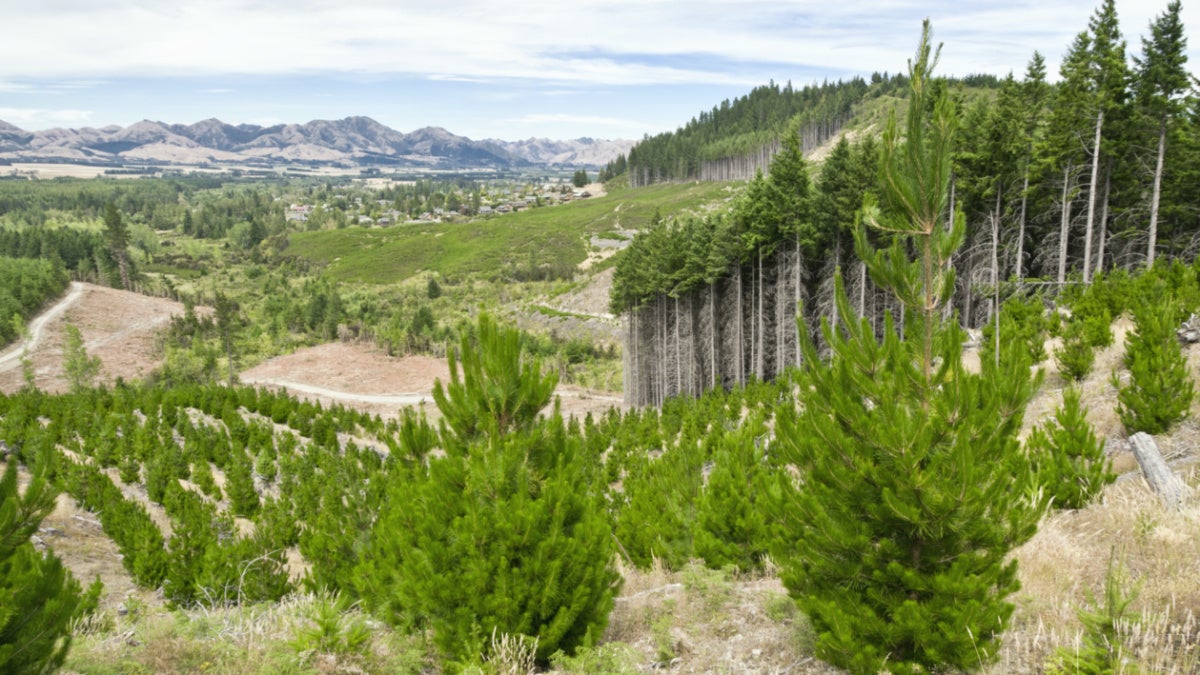 A large plantation of young trees is contrast against an older forest in the background. georgeclerk / Getty Images

By Lauren Waller and Warwick Allen

Large-scale reforestation projects such as New Zealand’s One Billion Trees program are underway in many countries to help sequester carbon from the atmosphere.

But there is ongoing debate about whether to prioritize native or non-native plants to fight climate change. As our recent research shows, non-native plants often grow faster compared to native plants, but they also decompose faster and this helps to accelerate the release of 150% more carbon dioxide from the soil.

Our results highlight a challenging gap in our understanding of carbon cycling in newly planted or regenerating forests.

It is relatively easy to measure plant biomass (how quickly a plant grows) and to estimate how much carbon dioxide it has removed from the atmosphere. But measuring carbon release is more difficult because it involves complex interactions between the plant, plant-eating insects and soil microorganisms.

There is uncertainty in our climate forecasting because we don’t fully understand how the factors that influence carbon cycling – the process in which carbon is both accumulated and lost by plants and soils – differ across ecosystems.

Carbon sequestration projects typically use fast-growing plant species that accumulate carbon in their tissues rapidly. Few projects focus on what goes on in the soil.

Non-native plants often accelerate carbon cycling. They usually have less dense tissues and can grow and incorporate carbon into their tissues faster than native plants. But they also decompose more readily, increasing carbon release back to the atmosphere.

Our research, recently published in the journal Science, shows that when non-native plants arrive in a new place, they establish new interactions with soil organisms. So far, research has mostly focused on how this resetting of interactions with soil microorganisms, herbivorous insects and other organisms helps exotic plants to invade a new place quickly, often overwhelming native species.

We established 160 experimental plant communities, with different combinations of native and non-native plants. We collected and reared herbivorous insects and created identical mixtures which we added to half of the plots.

We also cultured soil microorganisms to create two different soils that we split across the plant communities. One soil contained microorganisms familiar to the plants and another was unfamiliar.

Herbivorous insects and soil microorganisms feed on live and decaying plant tissue. Their ability to grow depends on the nutritional quality of that food. We found that non-native plants provided a better food source for herbivores compared with native plants – and that resulted in more plant-eating insects in communities dominated by non-native plants.

Similarly, exotic plants also raised the abundance of soil microorganisms involved in the rapid decomposition of plant material. This synergy of multiple organisms and interactions (fast-growing plants with less dense tissues, high herbivore abundance, and increased decomposition by soil microorganisms) means that more of the plant carbon is released back into the atmosphere.

In a practical sense, these soil treatments (soils with microorganisms familiar vs. unfamiliar to the plants) mimic the difference between reforestation (replanting an area) and afforestation (planting trees to create a new forest).

Reforested areas are typically replanted with native species that occurred there before, whereas afforested areas are planted with new species. Our results suggest planting non-native trees into soils with microorganisms they have never encountered (in other words, afforestation with non-native plants) may lead to more rapid release of carbon and undermine the effort to mitigate climate change.

Warwick Allen is a Postdoctoral fellow, University of Canterbury.