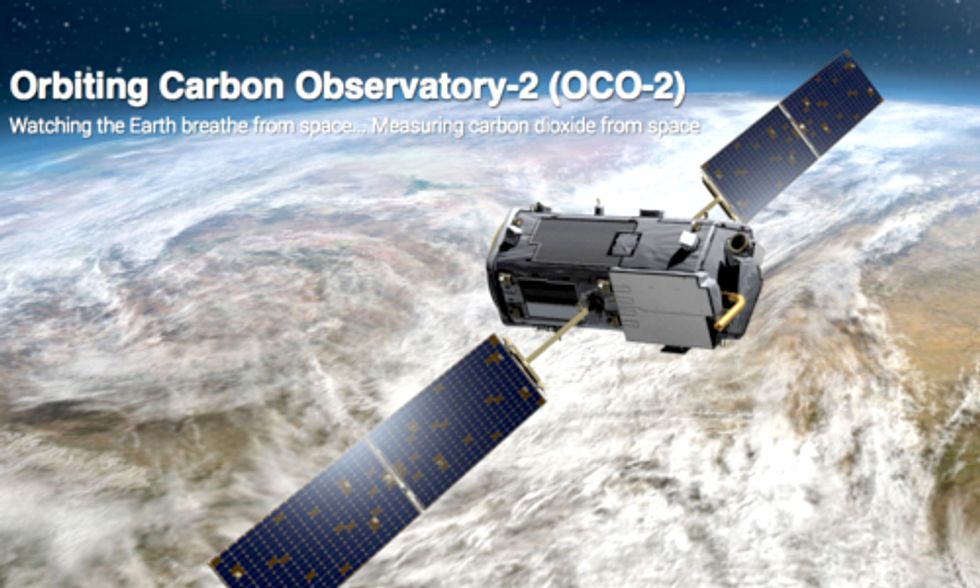 A NASA satellite will take orbit Tuesday to help the agency better understand carbon's role in our changing climate.

With the Orbiting Carbon Observatory-2, scientists can record around 100,000 measurements of carbon dioxide measurements in detail each day around the world.

"Now that humans are acknowledging the environmental effects of our dependence on fossil fuels and other carbon dioxide-emitting activities, our goal is to analyze the sources and sinks of this carbon dioxide and to find better ways to manage it," Gregg Marland, a professor in the Geology Department at Appalachian State University, said in a statement from NASA's Jet Propulsion Laboratory.

More than half of all fossil fuels ever used by humans were consumed in the last 20 years. While Marland says that amount totals "only a few percent of the total yearly atmospheric uptake or loss of carbon dioxide from plant life and geochemical processes on land and in the ocean," it has been enough to tip the scale.

Now, NASA will monitor that consumption to complement various efforts to quantify fossil fuel emissions through the use of statistics on fuel, activity of cars and more to pinpoint emissions on scales as small as an individual building or street.

Those efforts are being funded by NASA and led by Kevin Gurney, an associate professor at Arizona State University's School of Life Sciences.

"This research and OCO-2 together will act like partners in closing the carbon budget, with my data products estimating movements from the bottom up and OCO-2 estimating sources from the top down," Gurney said. "By tackling the problem from both perspectives, we'll stand to achieve an independent, mutually compatible view of the carbon cycle. And the insight gained by combining these top-down and bottom-up approaches might take on special significance in the near future as our policymakers consider options for regulating carbon dioxide across the entire globe."