6 States Tapping Into the Benefits of Carbon Farming 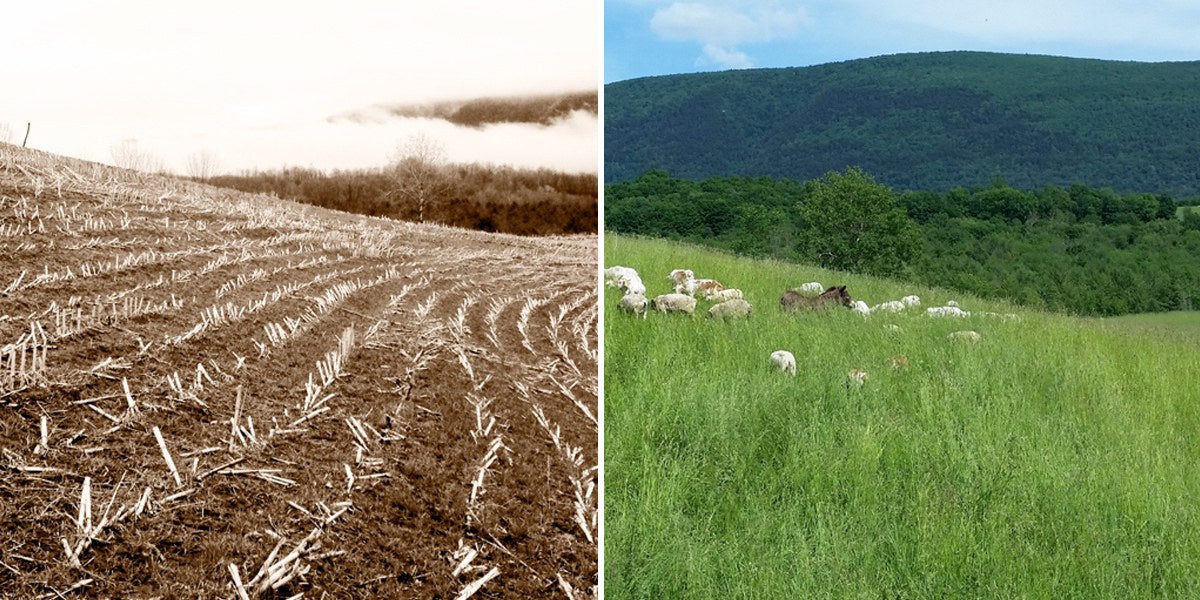 A handful of states around the country have begun to recognize the importance of carbon farming as an expedient tool to fight climate change. What’s carbon farming? Eric Toensmeier, author of The Carbon Farming Solution, describes it as “a suite of crops and agricultural practices that sequester carbon in the soil and in perennial vegetation like trees.” If carbon farming were widely implemented, it could return billions of tons of carbon from the atmosphere—where there’s currently too much, to the soil where there’s too little. Carbon in the soil, i.e. soil carbon, becomes a resource that increases food, water and climate security.

Last month, Hawaii became the first state in the nation to pass legislation officially supporting the Paris climate agreement, just days after President Trump announced he was pulling the U.S. out of the global agreement. One of the two landmark laws signed in Hawai’i was an act creating the Carbon Farming Task Force. Written and championed by Hawai’i Center for Food Safety, along with the Sierra Club of Hawaiʻi and Surfrider Foundation O’ahu Chapter, the task force went into effect July 1 and will develop incentives for Hawai’i’s farmers and ranchers to improve the resilience of their lands by increasing the soil’s carbon content.

Hawai’i is just one of a growing number of states preparing to protect rural livelihoods from the threats posed by climate change by tapping into the multiple benefits of carbon farming. Here are five others:

1. In May, Maryland established the Maryland Healthy Soils Program introduced by Delegate Dana Stein. Stein’s legislation (HB 1063) passed unanimously in the Senate and had the support of both the Maryland Farm Bureau and the soil and climate communities (including thousands of Center for Food Safety members who responded to our action alert in support of the bill). The act, as approved by Gov. Larry Hogan, requires the Maryland Department of Agriculture to provide incentives including research, education and technical assistance contributing to healthy soils.

2. Massachusetts is right behind Maryland. “An Act to Promote Healthy Soils” (No.3713) presented by Paul A. Schmid III, would establish a fund for education and training for those engaged in agriculture that regenerates soil health. Indicators of healthy soil include levels of carbon, rates of water infiltration and biological activity.

3. Meanwhile, in New York, Assemblywoman Didi Barrett introduced A3281, a first-of-its-kind bill to use a tax credit model for farmers who maximize carbon sequestration potential on their land. Although the bill did not pass this past year, Barrett was able to incorporate the Carbon Farming Act into the state budget which is providing $50,000 to study incentives for carbon farming tax credits, grants and other programs.

4. In California the Department of Food and Agriculture has appropriated $7.5 million from the Greenhouse Gas Reduction Fund to develop and administer incentive and demonstration programs as part of the state’s Healthy Soils Program, actively supported by the California Climate and Agriculture Network, a coalition that includes Center for Food Safety. The objective of the demonstration projects is to monitor and demonstrate to California farmers and ranchers that “specific management practices sequester carbon, improve soil health and reduce atmospheric greenhouse gases.” The program includes a variety of practices such as mulching, cover crops, compost application, hedgerow planting and buffer strips.

5. Finally, in Vermont, after making a successful transition from conventional to regenerative agriculture on their farm, Jesse and Cally McDougall initiated legislation in 2016 to help other farmers transition. Reintroduced in 2017 as S.43 by Vermont State Sen. Brian Campion, the bill:

Proposes to require the Secretary of Natural Resources to establish a regenerative soils program whose purposes include increasing the carbon sequestration capability of Vermont soils, reducing the amount of sediment and waste entering the waters of the state, and promoting cost-effective and healthy soil management practices.

While the Vermont bill did not pass this year, Jesse McDougall reports that “it wasn’t killed either” and will be taken up again next session. According to this self-described carbon farmer, “There is much interest and energy for it here in Vermont. I think this bill (or a new regenerative bill) has a strong chance next year.”

We expect that McDougall is right. While each state will incentivize soil health differently depending on geography, needs and capacity, there’s a strong chance that many more states will get proactive about regenerating the health of their soil and harnessing the potential of carbon farming. With this kind of interest, and momentum generated by public gatherings like the upcoming Soil not Oil conference in September, it won’t be long before policies to incentivize carbon farming spread across the nation.