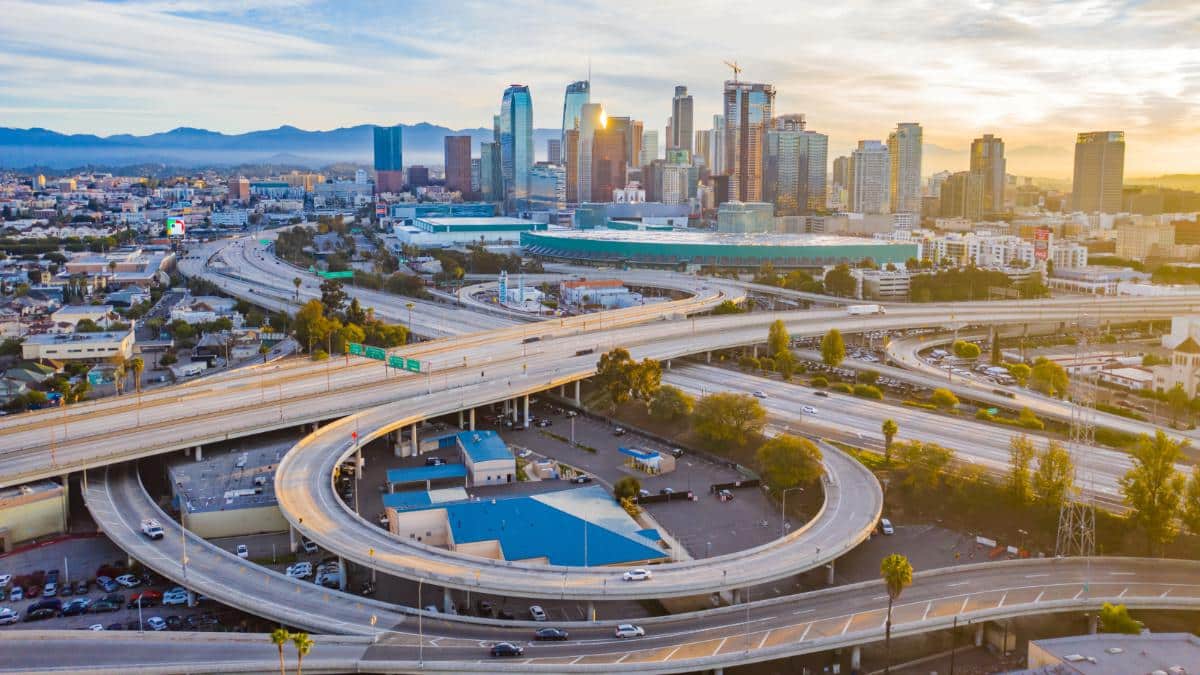 Empty freeways, such as this one in LA, were a common sight during COVID-19 lockdowns in spring 2020. vlvart / Getty Images

This is the largest emissions reduction that has ever been recorded. But to reach the Paris agreement goal of limiting global warming to well below two degrees celsius above pre-industrial levels, the world needs to reduce emissions by one to two billion metric tons every year for the next decade and beyond, according to a new analysis published in Nature Climate Change.

“We need a cut in emissions of about the size of the fall [from the lockdowns] every two years, but by completely different methods,” Corinne Le Quéré, lead study author from the Tyndall Center for Climate Change Research at the University of East Anglia in England, told The Guardian.

Before the pandemic, emissions were already declining in some countries due to policy changes, the report found. In 64 countries, emissions declined by 160 million metric tons a year between 2016 to 2019 compared to 2011 to 2015. However, that reduction is only a tenth of what is needed worldwide to meet the Paris agreement goals. In 150 countries, emissions continued to increase by 370 million metric tons a year during the four years before the lockdown.

The concern now is whether countries can build on the reductions caused by the pandemic, or if emissions will increase again as economies reopen. So far, the evidence points toward the latter. The International Energy Agency said this week that emissions had already rebounded to pre-pandemic levels, Forbes reported. Last month, the UN said that countries’ existing commitments under the Paris agreement would only reduce emissions by less than one percent by 2030, even though experts say a 45 percent drop is required.

The report authors noted that policy makers could refer to the lockdowns for guidance on reducing emissions. Most of the reductions were driven by transportation decreases, the authors found. They suggested shifting toward electric vehicles and bike-and-pedestrian-friendly cities, as well as continuing and improving remote business options and encouraging a safe return to public transportation.

The authors also called for greater investments in renewable energy as part of the recovery process. They added that while recovery plans in the European Union, Denmark, France, UK, Germany and Switzerland included minimal fossil fuel investments, investments in most other countries, including the U.S. and China, were still fossil-fuel heavy.