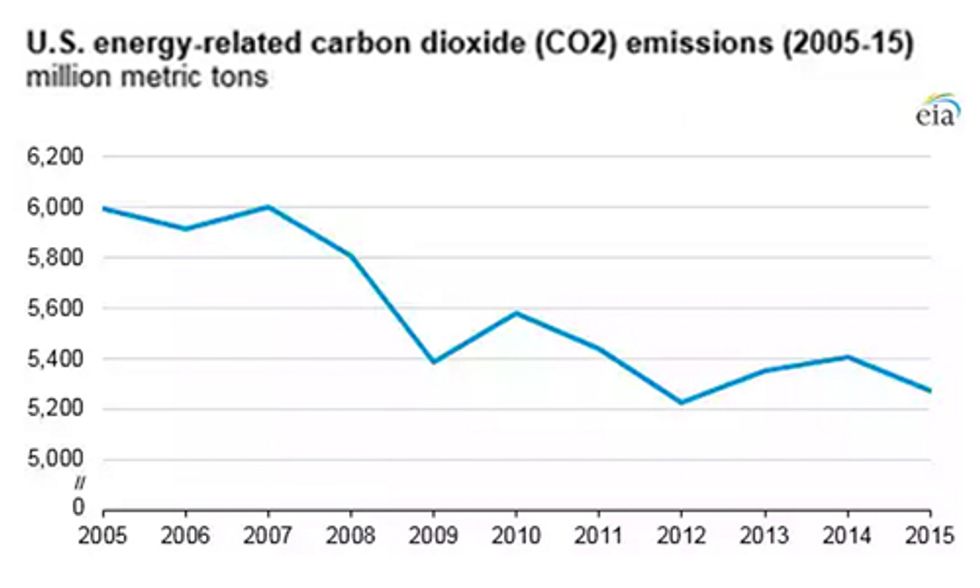 U.S. energy-related carbon dioxide emissions declined in 2015, falling 12 percent below 2005 levels due to coal-fired power plant retirements and increased use of renewables and natural gas.

The U.S. economy has expanded 15 percent since 2005 and last year was the first time since 2012 that power sector emissions fell while the economy continued to grow, according to the U.S. Energy Information Administration. The U.S. has pledged to reduce power sector emissions 32 percent from 2005 levels by 2030.