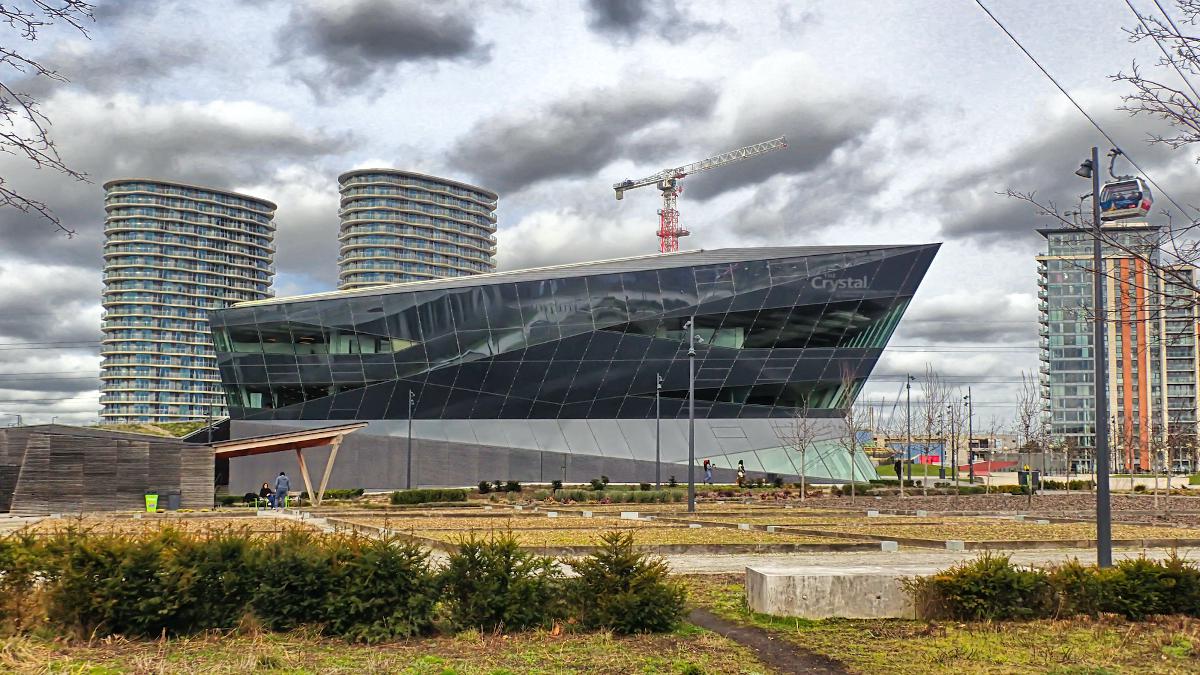 The Crystal building in London, England is the first building in the world to be awarded an outstanding BREEAM (BRE Environmental Assessment Method) rating and a LEED (Leadership in Energy and Environmental Design) platinum rating. Alphotographic / Getty Images

To ensure that the Paris climate targets are met, the building and construction industry needs to become a climate leader by moving towards net-zero construction. Its CO2 emissions need to be cut in half by 2030 for building stock to be carbon-free by 2050, according to a recent report by the United Nations Environment Programme (UNEP).

In response, a raft of new net-zero building initiatives are focused on curbing emissions across the whole building lifecycle.

DW looks at five key points in understanding the push to carbon-free construction.

1. Urbanization Is Skyrocketing, and That’s a Problem

A rapidly urbanizing world is compounding the massive impact of buildings and infrastructure on the climate crisis. According to urban climate-action initiative C40 Cities, 2.5 billion more people will flood cities (mostly in Asia and Africa) in the next three decades, while 60% of buildings required by 2050 still have to be built.

With the equivalent of a city of around 1.5 million people being constructed each week, carbon-heavy construction is skyrocketing, meaning the sector must rapidly decarbonize if global heating is to remain within the IPCC’s limit of 1.5- to well below 2 degrees Celsius above 1990 levels.

This will not be easy.

A European Union directive to achieve nearly Zero-Energy Buildings (nZEBs) in all new structures by the end of 2020 was on track to achieve an 80% CO2 reduction, according to Lukas Kranzl, a senior scientist at the Vienna-based Energy Economics Group that is monitoring the nZEBs. Kranzl says this won’t be enough to meet the Paris targets.

“We will need [almost] complete decarbonization in the building sector before 2050,” he told DW, meaning that 95-100% emission cuts will be required.

While Kranzl fears that some EU member states are not on the path to building and construction decarbonization, new independent initiatives are bringing together cities, companies and organizations to achieve net-zero building across the whole lifecycle.

The World Green Building Council’s (WorldGBC) Net Zero Carbon Buildings Commitment is one such global initiative in which diverse stakeholders pledge to reach net-zero emissions for all new buildings by 2030, and all buildings by 2050.

Created in partnership with C40, the target was upgraded in September 2019 to include embodied carbon, which is to say emissions generated, not only during operational life but “during the manufacturing, transportation, construction and end of life phases of all built assets.” Embodied carbon itself contributes around 11% of all global carbon emissions.

According to Victoria Burrows, director of Advancing Net Zero at the World Green Building Council, this shift reflects a “wholesized approach to carbon emissions in the building and construction sector.”

While net-zero buildings were previously focused on operational performance, especially in terms of energy efficiency via solar power or passive design, embodied emissions include the significant “upfront” emissions created during the extraction and manufacture of building materials. The whole lifecycle measure includes “use stage” and “end of life” carbon generated through building maintenance and final deconstruction. 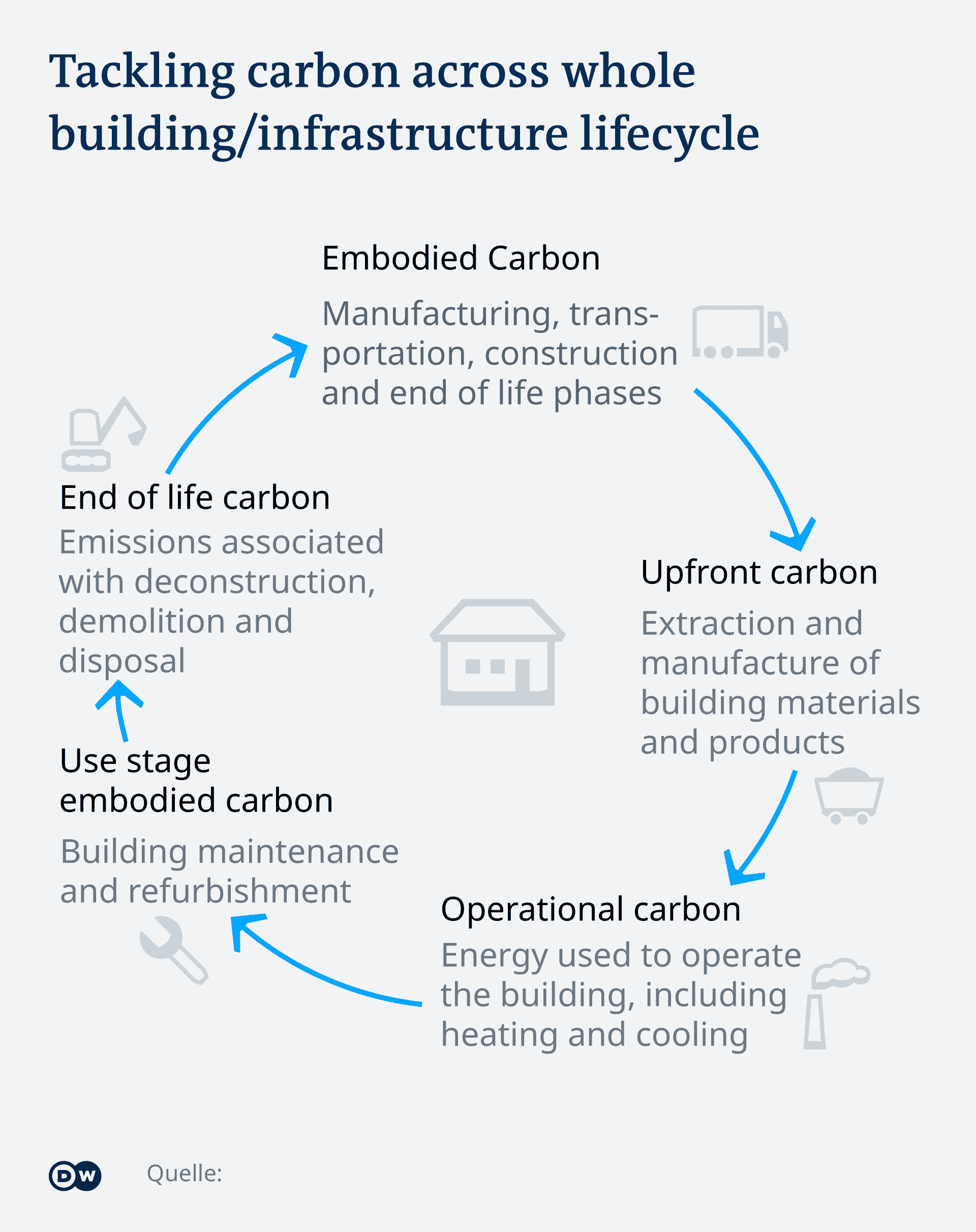 3. Cement Causes More Pollution Than You Would Think

When addressing embodied emissions, the construction phase that generates around 25% of greenhouse emissions is fundamental to the net-zero building revolution.

Reducing reliance on carbon-intensive cement, the most widely used building material on earth that alone accounts for around 8% of global CO2 emissions, will be key.

Designers of carbon-neutral building are replacing cement framing in larger buildings with new sustainable cross-laminated timber, for example. Achieving a 20% reduction in building weight is matched by a similar reduction in “embodied energy.” The end result is a 26.5% reduction in the “global warming potential” of the building.

A new five-story apartment building in Boston’s Roxbury district is leading the way. Its designers are using the revolutionary timber framing to significantly reduce emissions from steel and concrete and achieve a net-zero standard.

4. Scandinavia Is Becoming a Net-Zero Pioneer

A report released by C40 in October 2019 showed that the construction industry alone could cut emissions from buildings and infrastructure by 44% by 2050. Oslo, Copenhagen and Stockholm have since committed to take a leadership role in creating a global market for low-emission construction materials and zero-emission machinery.

With Stockholm also part of a cross-border tender for sustainable procurement of mobile construction machinery, such unified demand is designed to send a signal to the market, according to Victoria Burrows. The end result will be to “create a ripple effect” that will help kickstart the net-zero building transition.

The success of the net-zero carbon buildings commitment hinges on involving stakeholders across the whole building supply chain, says Burrows. With building and construction able to “cut across many other sectors” in the fight against climate change, she notes that cement and engineering firms, cultural institutions like the Sydney Opera House, universities and city governments are committing to net-zero building.

So, too, are real-estate companies that might once have prioritized profits over reducing emissions. British global property giant Grosvenor Group and Canada’s Avison Young, another international real-estate powerhouse, are among many others implementing a net-zero building roadmap — with or without government targets.

In December, Grosvenor Europe committed to reducing its carbon impact by 50% by 2030. It will partly achieve this by cutting energy use in its buildings by one-third, and the embodied carbon intensity of its developments by one half.