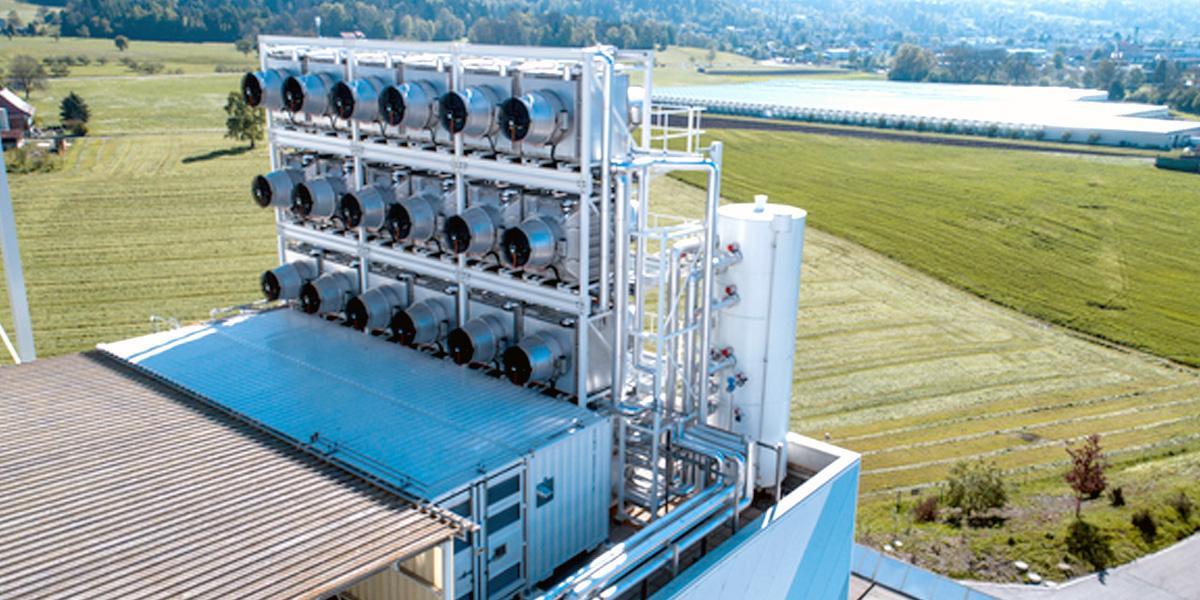 A revolutionary plant that can suck carbon dioxide right from the air was unveiled on top of a waste recovery facility near Zurich on Wednesday.

Swiss company ClimeWorks is capturing CO2 from the air with the world’s first commercial carbon removal technology. Its Direct Air Capture plant is capable of removing 900 tonnes of CO2 from the atmosphere a year.

Here’s how the technology works, per Fast Company:

“At the new Swiss plant, three stacked shipping containers each hold six of Climeworks’ CO2 collectors. Small fans pull air into the collectors, where a sponge-like filter soaks up carbon dioxide. It takes two or three hours to fully saturate a filter, and then the process reverses: The box closes, and the collector is heated to 212 degrees Fahrenheit, which releases the CO2 in a pure form that can be sold, made into other products, or buried underground.”

The extracted greenhouse gas will be sent to nearby greenhouses as a fertilizer for tomatoes and cucumbers.

The company boasts that its technology could extend to other markets, including carbonation for soft drinks or the production of climate-neutral fuels.

Climeworks, founded by engineers Christoph Gebald and Jan Wurzbacher, has a goal of capturing one percent of global emissions by 2025. The company said 750,000 shipping container-sized units would be needed to fulfill this goal.

While that might sound like a lot, as Wurzbacher told Fast Company, the same number of shipping containers pass through the Port of Shanghai every two weeks.

Gebald commented that his company’s CO2 collectors can be easily scaled up, and noted that carbon capture technology is essential to achieving net zero emissions by the end of the century, a goal of the Paris climate agreement.

“It is clear today that we won’t be able to achieve zero gigatonnes by the end of the century without the use of carbon removal technologies,” Gebald said.

Watch here to learn more about the facility: