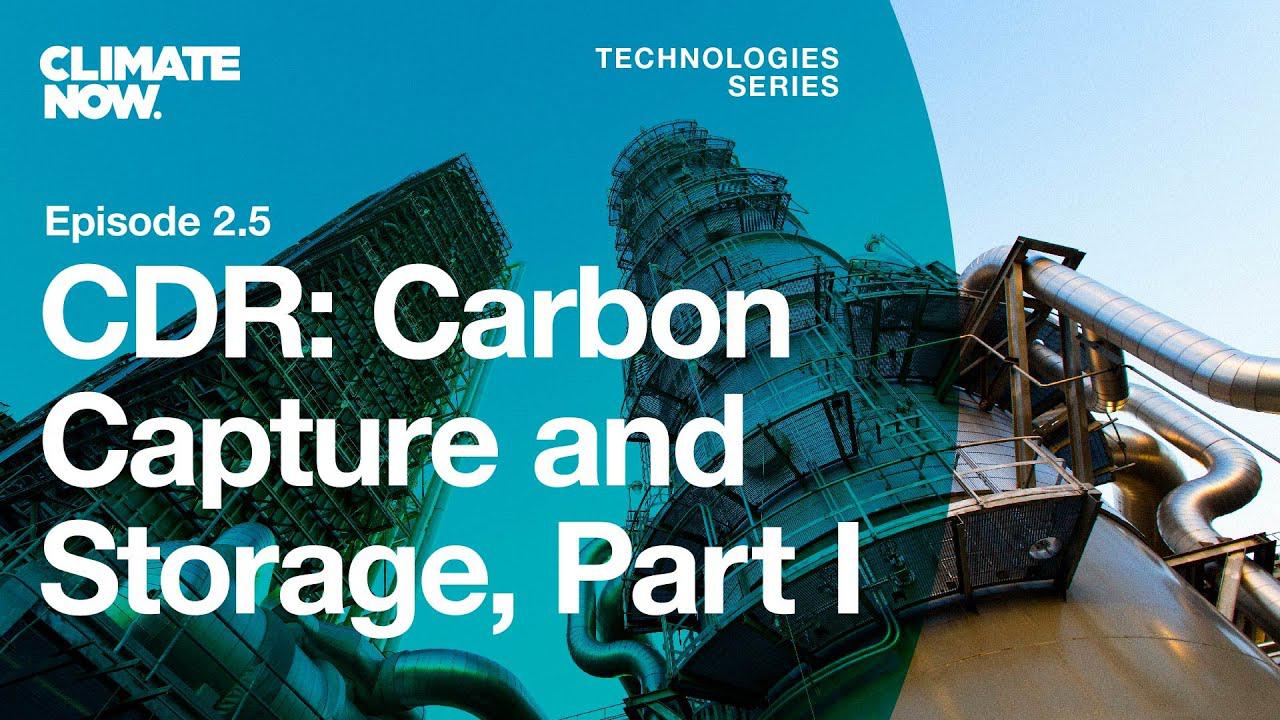 The recently-passed US infrastructure bill, signed into legislation by President Biden on November 15th, dedicates $8 billion to carbon capture, utilization, and storage, in addition to investments in other essential climate technologies. While carbon capture technology is often criticized as an excuse to allow polluters to keep polluting, it is going to be key to the clean energy transition and to reducing emissions from sectors that cannot electrify.

By-products from the industrial sector, for example, which account for roughly 5% of global emissions, can’t be decarbonized using low-carbon energy inputs. Thus, to achieve global net-zero by 2050, we have to employ ‘negative emission technologies,’ or methods that remove CO2 when or after it is emitted. Climate Now produces a dedicated series of videos and podcast episodes that explains the technology, potential, and costs of carbon dioxide removal strategies that result in negative emissions. Most recently, we explored carbon capture and storage (CCS) strategies: why we need them, and how we can use it to reach our emission reduction goals.

CCS has two parts: first, carbon is captured by either directly pulling it out of the ambient air (direct air capture, or DAC) or by sequestering it at the point of emission, such as a smoke stack, before it is released to the atmosphere (point source capture). Then, the captured CO2 is permanently stored either in underground geologic formations or in a feedstock for product use.

In the first of our two-part video series on CCS, Climate Now and internationally-recognized carbon capture and storage authorities, Dr. Howard Herzog of MIT and Dr. Julio Friedmann of Columbia University, explain how carbon capture works, its anticipated CO2 removal capacity, and cost. In a follow-up episode, we will discuss how you can store that CO2 once it’s been captured.

Climate Now is an educational multimedia platform that produces expert-led, accessible, in-depth podcast and video episodes addressing the climate crisis and its solutions, explaining the science, technologies and key economic and policy considerations at play in the global effort to decarbonize our energy system and larger economy.