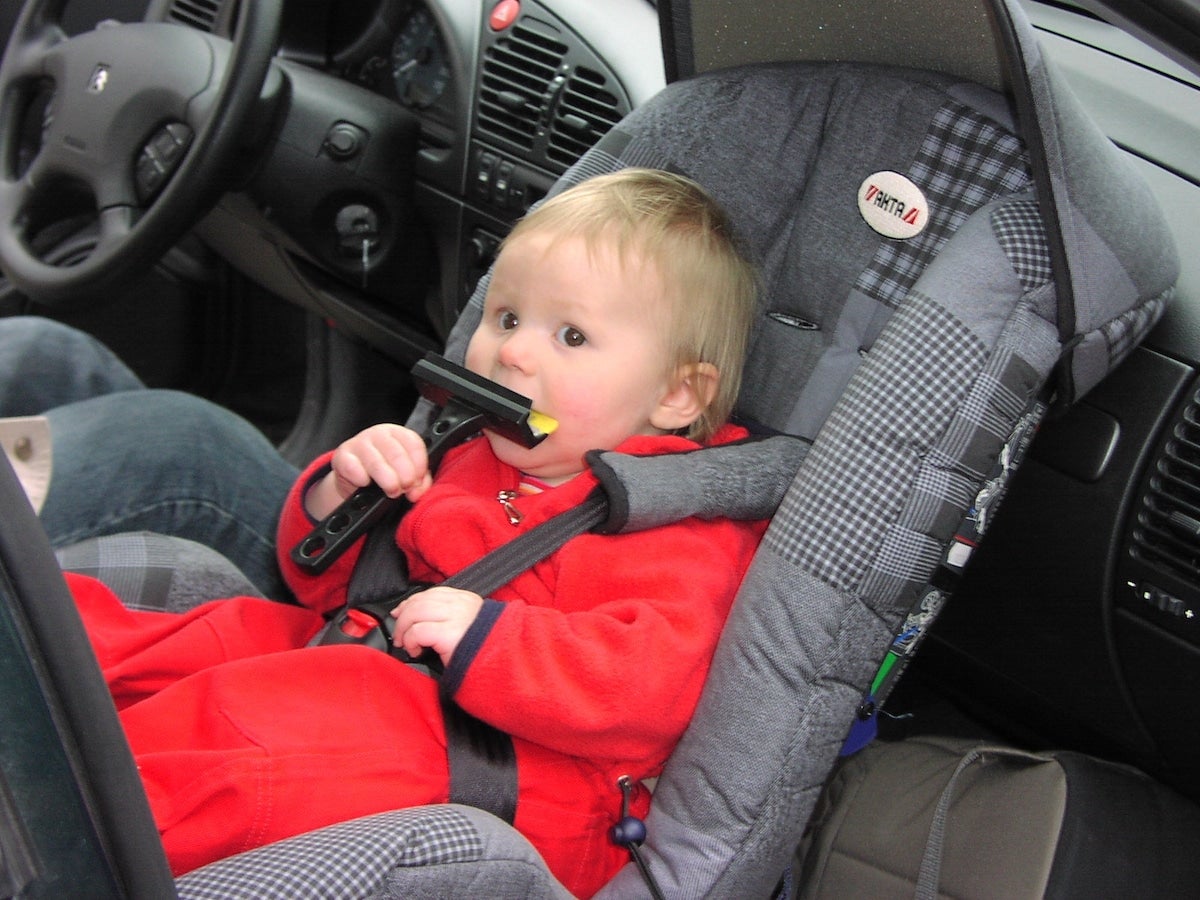 Car safety seats are designed to protect children, but many of them contain a hidden threat.

A new report from the Ecology Center found that more than half of car seats in the U.S. tested contain toxic flame retardants or per- and polyfluoroalkyl substances (PFAS), also known as forever chemicals for their tendency to persist in the environment.

“Parents shouldn’t have to strap their child into a car seat that exposes them to toxic chemicals,” Arlene Blum, executive director of the Green Science Policy Institute, said in a press release announcing the report. “Car seats are critical for child safety, which makes this health inequity especially problematic. It’s urgent that the Transportation Department update the ineffective standard that causes this problem.”

The chemicals found in the car seats are a concern because they have been linked to several negative health outcomes. Flame retardants that contain phosphorus and bromine have been associated with cancer, developmental problems, endocrine disruption and diabetes, The Guardian reported. PFAS, meanwhile, have been linked to various problems including cancer, thyroid and liver ailments and immune suppression.

The chemicals end up in car seats for two reasons. PFAS are used for stain-or water-resistance, while flame retardants are added to appease flammability standards set by the National Highway Traffic Safety Administration’s (NHTSA) in the 1970s, according to the press release.

The Ecology Center said the situation had improved in the last four years. The center tested more than 600 components from 25 car seats, three from Europe and 22 from the U.S. They also tested four strollers that were sold with the car seats. They further spoke with companies and looked at their websites to determine who was making an effort to sell seats without the chemicals.

Overall, they found that 12 of the 22 U.S. car seats had flame retardants, or 55 percent. Four of the 19 car seats tested, or 21 percent, likely contained PFAS, as did two of the strollers.

To make it easier for companies to offer affordable, chemical-free car seats, the Ecology Center is calling on the U.S. government to update its flammability standards, which it says were intended to combat fires started by cigarettes and are now outdated.

“In my 40 years on the Boston Fire Department, I have responded to hundreds of car fires and hundreds of vehicle accidents. In my experience, supported by statistics, vehicle fires seldom are started by cigarettes, and seldom start in seating material. Putting flame retardants in seating would appear to provide no meaningful safety benefit to an occupant and we are unnecessarily exposing children and firefighters to hazards,” Boston Fire Department member Joseph (Jay) Fleming said in a press release.

The Ecology Center sent a letter to Secretary of Transportation Pete Buttigeig backed by 40 manufacturers, public health groups and child safety organizations asking him to either:

The Ecology Center has also started a petition calling for revised standards on Change.org.