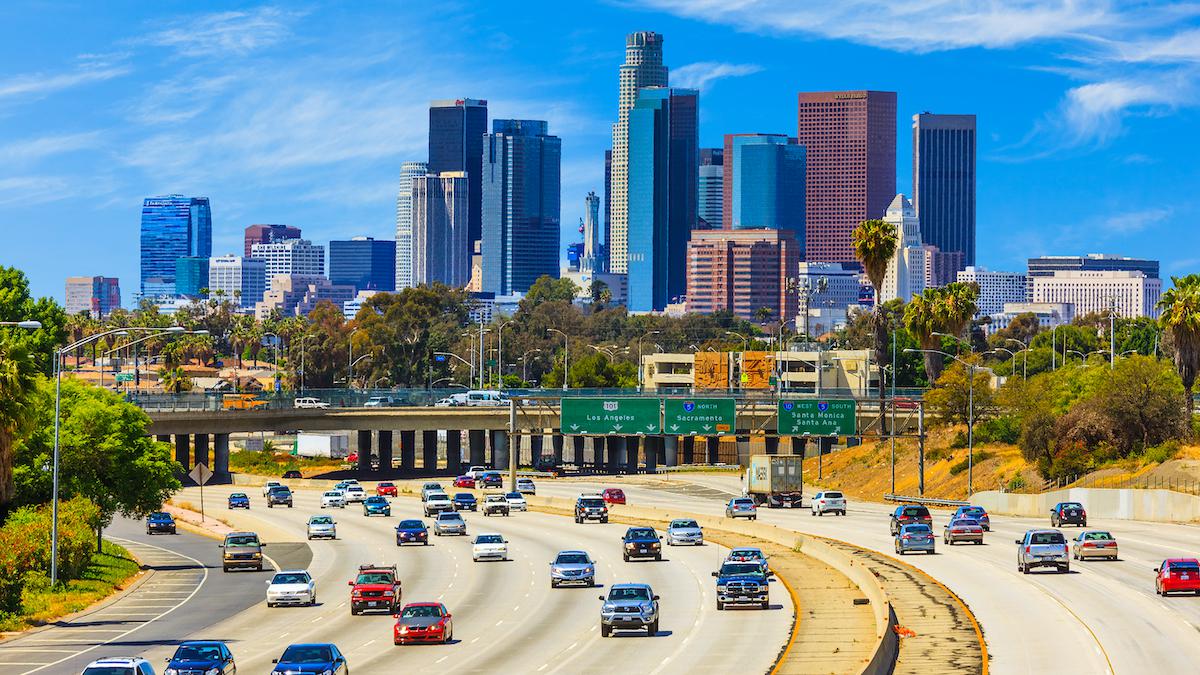 Californians with long commutes may be inhaling chemicals that put them at risk for cancer and birth defects, a new study has found.

Led by UC Riverside, a study published in Environment International found that up to 90 percent of the population with 30-minute commutes in Los Angeles, San Diego, Orange, Santa Clara and Alameda counties have at least a 10 percent exceeded risk of cancer due to inhaling unhealthy levels of chemicals stitched into the fabric of their cars.

Long periods spent in cars expose commuters to unsustainable levels of two carcinogens known as benzene and formaldehyde, the study found. “These chemicals are very volatile, moving easily from plastics and textiles to the air that you breathe,” David Volz, a UCR professor of environmental toxicology, told UCR.

While benzene and formaldehyde are listed under California’s Proposition 65, which requires workplaces to post warnings of exposure to chemicals that could cause cancer, birth defects or reproductive harm, how they infiltrate private spaces, like the inside of someone’s car, is less recognized and therefore less regulated, UCR reported.

The average commute time for Californians is 30 minutes, The Sacramento Bee reported. This time spent is expected to grow as cities become more crowded and expensive.

“Of course, there is a range of exposure that depends on how long you’re in the car, and how much of the compounds your car is emitting,” Aalekhya Reddam, a graduate student and lead author of the study, told UCR. Keeping windows down during a long commute could allow “some air flow,” diluting “the concentration of these chemicals inside your car,” Reddam added.

But chemicals inside their cars are not the only toxins harming Californians. Heavy pollution, caused by on-road sources, on average disproportionately harm African American and Latino Californians compared to white Californians, according to a report by the Union of Concerned Scientists. This exposure comes with a heavy cost, causing lung and heart ailments, asthma and premature death.

In response, plans to reduce emissions and pollution from passenger vehicles are underway. In September, Governor Gavin Newsom issued an executive order, requiring the end of sales of all new passenger vehicles to be zero-emission by 2035, according to a statement.

Yet while California is often celebrated for its climate policy, its high emissions from cars persist. “Passenger vehicles alone produce nearly a third of California’s emissions, more than all of the electric plants, livestock, and oil refineries in the state put together,” Grist reported.

But increases in emissions, from car tailpipes, for example, have less to do with the lack of environmental policies and more to do with urban-planning decisions. In Los Angeles, the city’s layout creates sprawling neighborhoods, causing longer commutes, Reuters reported.

Long commutes are also a problem for Californians living in the Bay Area. “There’s simply not enough housing to live in the Bay Area, and even housing units are very expensive,” transportation researcher Giovanni Circella told ABC10. “So, a lot of lower-income workers cannot afford to live in San Francisco and they need to commute long distances.”

As the state becomes more crowded and more expensive, highlighting how the transportation sector in California harms its citizens could inform policymakers and auto manufacturers to safeguard commuters from the risks coming from both inside and outside of their cars.

“There should be alternatives to these chemicals to achieve the same goals during vehicle manufacturing,” Volz told UCR. “If so, these should be used.”